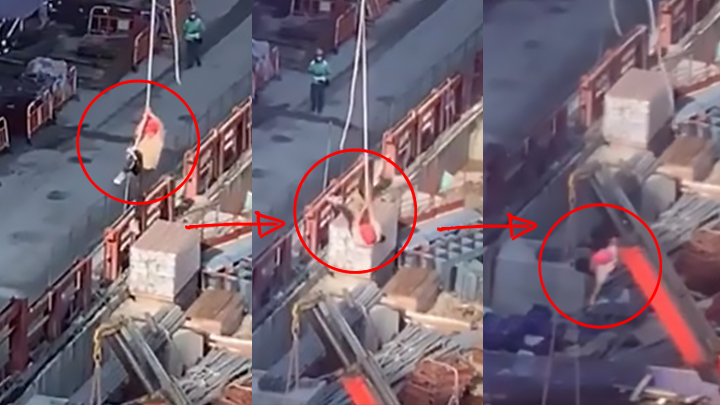 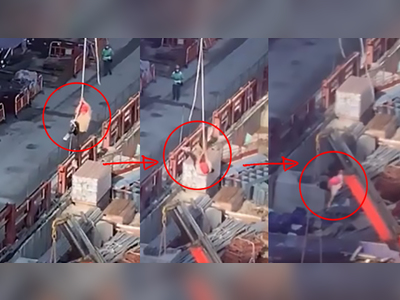 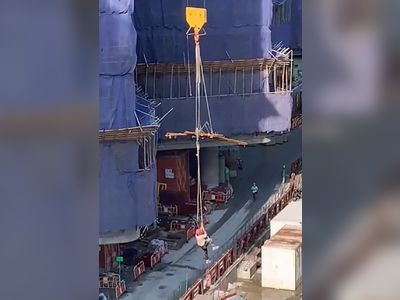 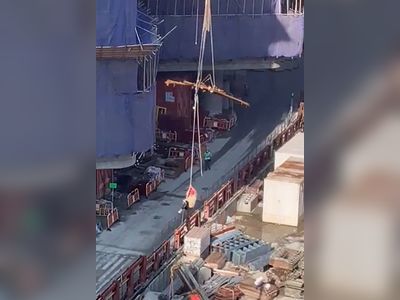 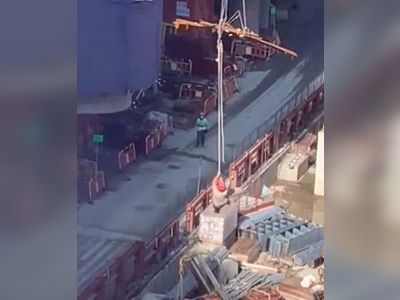 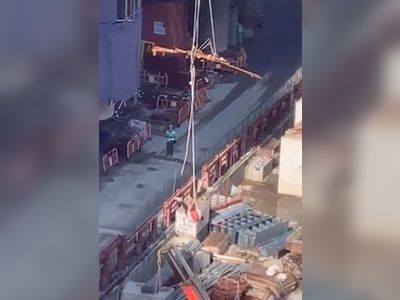 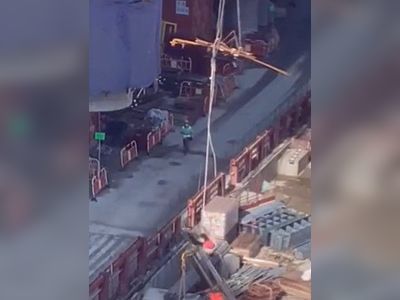 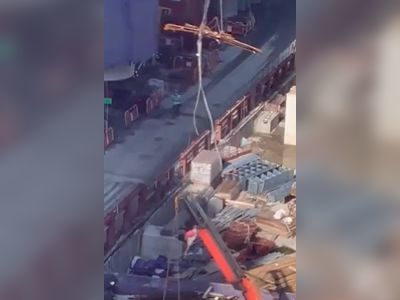 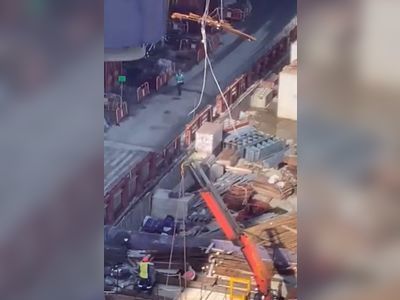 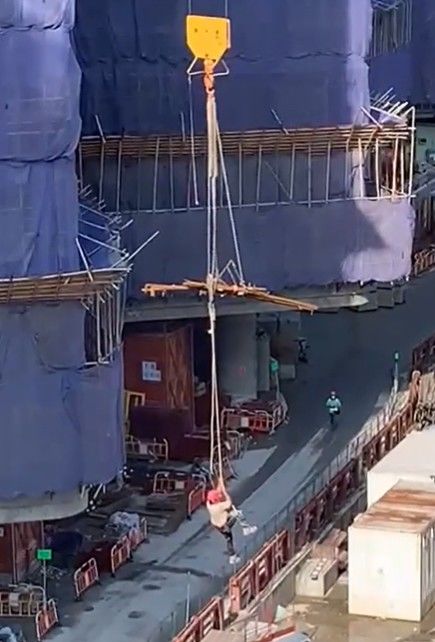 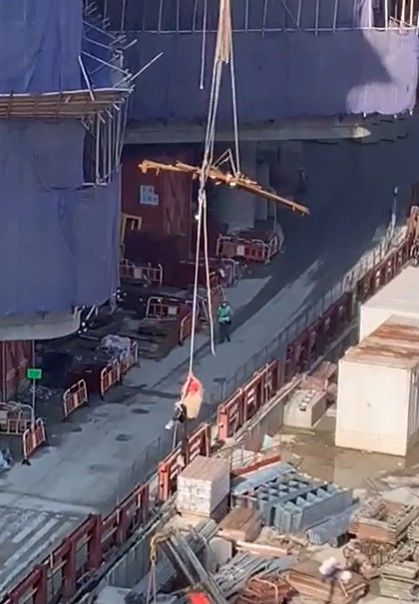 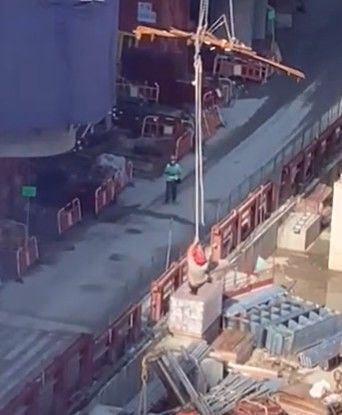 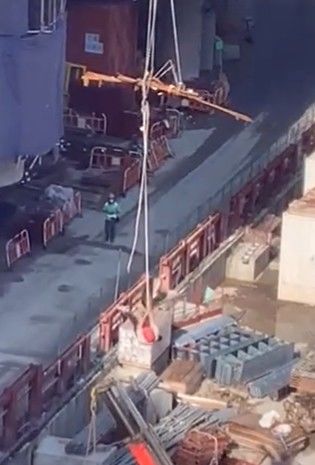 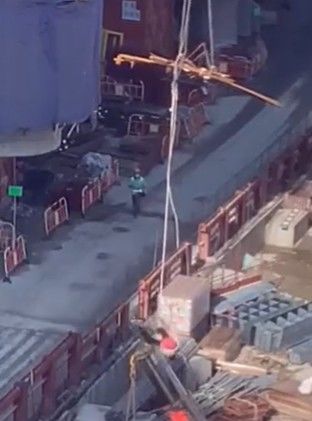 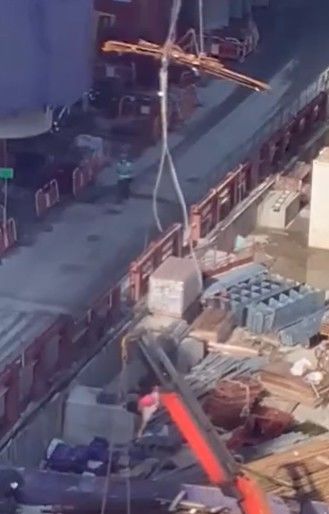 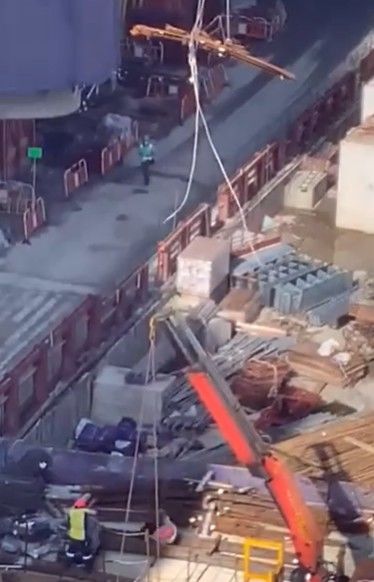 A video that circulated online on Thursday shows the shocking moment a worker dangling from a crane at a construction site in Pak Shek Kok, Ma On Shan.

The video uploaded to social media shows the worker - who got his leg entangled with the tagline - hanging from a crane below a load as he was slowly being lowered back toward the ground.

Unfortunately, the worker lost his grip when he was 5-meters above the ground and fell on a pile of rebars. He was conscious after the fall and managed to sit back up on his own.

The video did not capture the aftermath of the accident, nor did it indicate when the incident happened.

The most recent accident happened on Tuesday when a worker died after being struck by steel bars that fell from a construction site in Tsim Sha Tsui.

In September, three workers were crushed to death and six injured when a tower crane collapsed on offices at a construction site in Sau Mau Ping.