Tables were overturned and dishes flew all around at a restaurant in Multifield Plaza in Tsim Sha Tsui, where a gang fight broke out in the early hours of Tuesday. 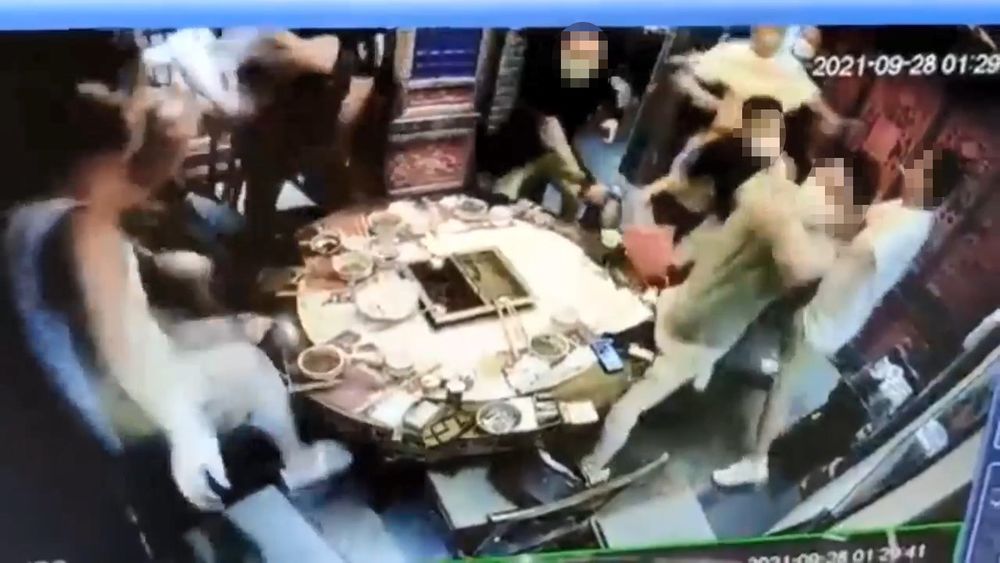 All gangsters involved had fled when police officers arrived at the scene. Tables were overturned, while fragments of broken dishes and food were left lying on the floor.

Security camera footage showed at 1.31am, five people were seated inside a private room while another group with more than 10 people entered the restaurant.

One person led the attack against the five once he entered the room.

The five retaliated by throwing chairs and the dishes on the table at the attackers, trying to keep them out of the room. They also overturned the table and piled the chairs at the door.

The attackers tried to break through a sliding door, but they failed to do so. They eventually left.

The fight lasted about two and a half minutes.