Hong Kong’s sole member of the National People’s Congress (NPC) Standing Committee is to step down, multiple sources have told the Post.

Tam Yiu-chung, 72, was tipped to not want another five-year term on the country’s top legislative body on age grounds.

But the veteran Beijing loyalist was on Thursday staying tight-lipped on his plans for the future.

He said after a public event that he would announce his decision next Monday at the first official briefing on the election.

“Over the years, I’ve learned a lot about the country’s legislative work. It’s been difficult for the standing committee to take regional differences into account in such a big nation,” Tam said.

Tam was elected to the NPC as a deputy in 2017, and succeeded former Legco president Rita Fan Hsu Lai-tai as the standing committee representative a year later.

“It’s good that the role allowed me to better understand the country and let other delegates know more about Hong Kong’s development,” he said. 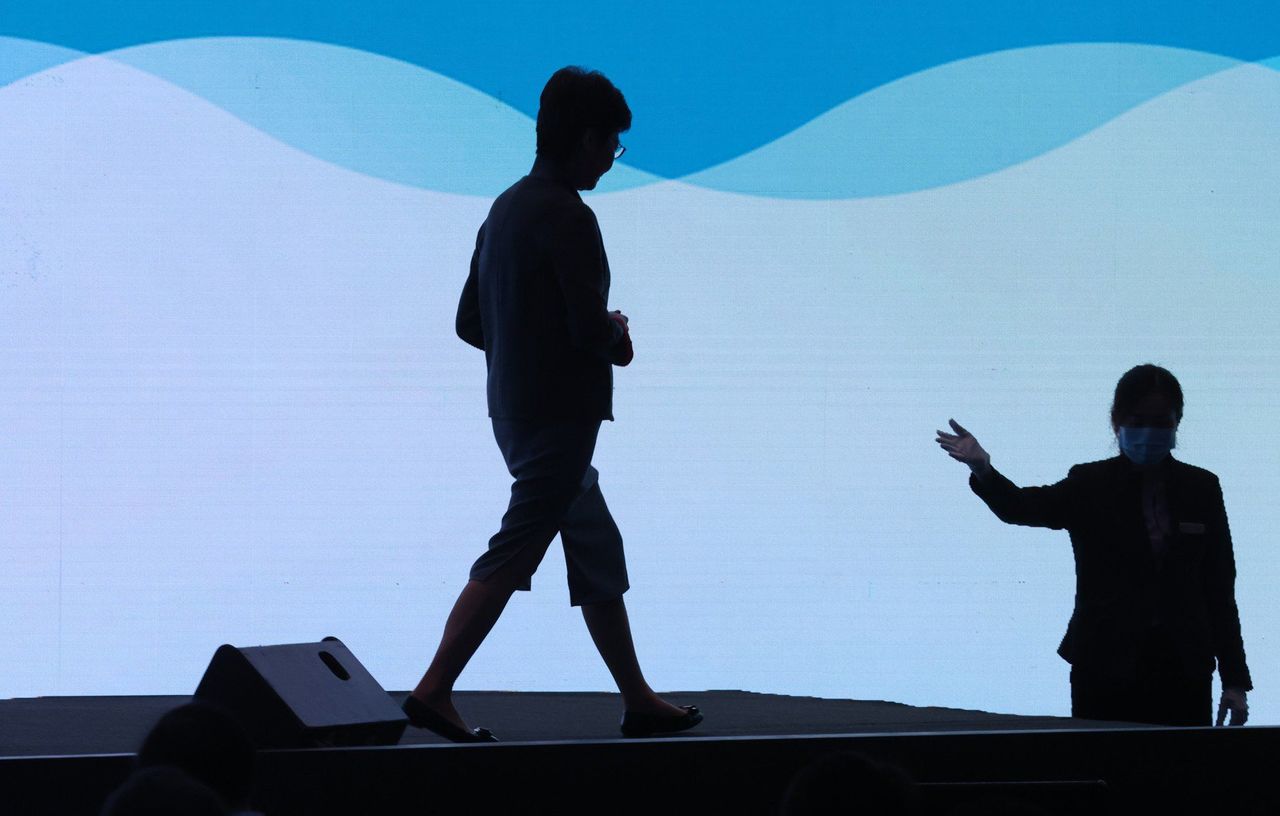 Carrie Lam, then the chief executive, speaks at the start of the Asia Summit on Global Health in Hong Kong last year.
Carrie Lam Cheng Yuet-ngor, a former chief executive, was floated by some as his replacement.

But other political veterans said that was unlikely as Lam may have her eye on a more senior role.

Tam, a veteran Beijing loyalist, is one of at least 10 Hong Kong deputies out of the 36 city NPC members who were expected to stand down as they are aged 70 or over.

Potential hopefuls to fill some of the seats were said to include lawmaker Starry Lee Wai-king and travel industry veteran Jason Wong Chun-tat and both have confirmed they are considering a run in the election, held every five years and scheduled for mid-December.

The Hong Kong contingent to the NPC will be elected by an electoral college made up of 1,423 Beijing loyalists.

The standing committee of the congress has made several major decisions related to the city in recent years, including electoral reforms and rules on the candidacies of lawmakers.

The Hong Kong standing committee representative will be picked from the city group next March.

Lam, 65, who stepped down as the city leader in June, was tipped by a city newspaper and some pro-Beijing veterans to be one of the hopefuls to succeed Tam.

But sources close to Beijing cast doubt on the suggestion and highlighted that Lam might want to become a vice-chairwoman of the country’s top advisory body, the Chinese People’s Political Consultative Conference (CPPCC). Two former city leaders have already taken such positions, including Tung Chee-hwa, 85.

“This is perceived as a more senior position. She still holds a chance as Tung may retire next year for health reasons,” one heavyweight said.

Tung, the city’s first chief executive after its return to Chinese rule, has been absent from meetings of the body for some time.

But one veteran NPC deputy said it would “look odd” for Lam to take up the role as she had never been a CPPCC member.

Another added it would be “very disproportionate” to have a former city leader on the NPC Standing Committee.

A spokeswoman for Lam’s office declined to comment on the speculation.

The Post has learned that incumbents that will step down as deputies included Ip Kwok-him, 71, Michael Tien Puk-sun, 72, Ma Ho-fai, 71, as well as Witman Hung Wai-man, 53, who was at the centre of the Omicron-hit partygate scandal in January.

Ip, a veteran of the Democratic Alliance for the Betterment and Progress of Hong Kong (DAB), the city’s largest party, said: “I’ve completed four terms spanning some 20 years. It’s time to give chances to younger aspirants to serve the country.”

He said he expected Hong Kong new deputies would play a more significant role in the city’s integration with the mainland after the electoral overhaul to ensure “patriots administering Hong Kong”.

But deputy Ng Leung-sing, 73, might be an exception to the general rule as he did not rule out going for another term.

“Whether to run for a seat in the country’s most powerful body should be seriously considered. My decision will be worthy of the public and voters,” he said.

Starry Lee, the DAB’s chairwoman, and Jason Wong, an honorary adviser to the Travel Industry Council, told the Post that they were considering a run.

“As part of the community who loves the country and Hong Kong, I will consider any position that will serve Hong Kong residents,” said Wong, who was the second-generation owner of the now-closed Hong Thai Travel Services.

Two other DAB members, Rock Chen Chung-nin and Kennedy Wong Ying-ho, are also expected to join the poll as first-timers.