Venezuela’s opposition national assembly has voted to remove “interim President” Juan Guaido, dissolve his government and appoint a commission to govern the country’s foreign assets, as lawmakers seek a united front ahead of elections slated for 2024.

The vote, which came in an online session on Friday, reflects a changing balance of power within the opposition, which is trying to find new ways to connect with voters ahead of the nation’s 2024 presidential election and defeat left-wing leader Nicolas Maduro.

The article eliminating the “interim government” and the article creating the assets commission passed with 72 votes in favour, 29 against and 8 abstentions. 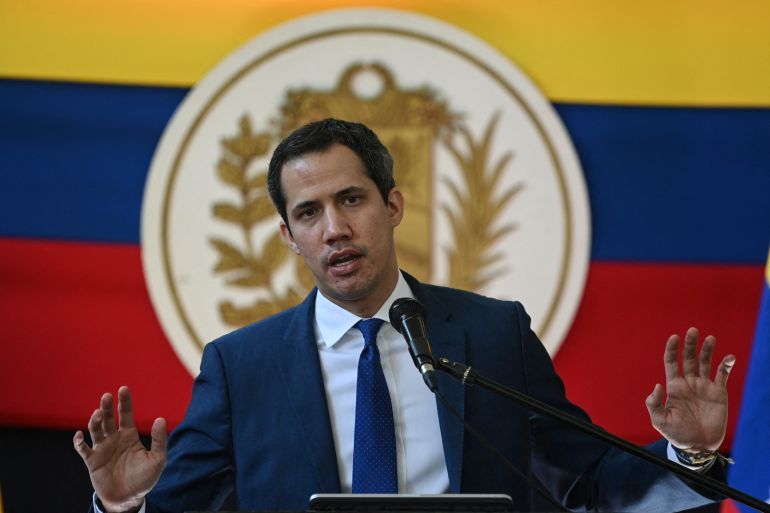 In a recent poll, only six percent of Venezuelans said they would vote for Guaido if he participated in presidential primaries next year
“It’s with a heavy heart that I make this vote,” said Luis Silva, a member of the Democratic Action party who participated in the online session for the vote.

“We haven’t been able to come up with a unanimous decision, but we need to look for new strategies.”

Supporters say opposition control of foreign assets is not at risk and the dissolution is necessary for unity ahead of the elections.

Guaido has been the public face of Venezuela’s fractious opposition since 2019, when he invoked the constitution to assume an interim presidency, garnering backing from the United States and other governments that rejected the 2018 re-election of Maduro.

However, Maduro has remained in control of nearly all Venezuela’s institutions, including its security forces, and Guaido’s interim government, which has control over some foreign assets and runs many embassies, has seen its support wane.

Guaido, whose Voluntad Popular party did not back the effort, had urged lawmakers to replace him instead of dissolving the interim government.

“To annul this is to jump into the abyss,” Guaido told the assembly after the votes. “It is destroying what could have been maintained.”

Opposition parties hope Washington will extend a licence protecting Citgo from possible creditor seizures when the license expires in January.

Meanwhile, a spokesperson for the US National Security Council said on Friday that Washington will continue to support the opposition, the assembly and the interim government “regardless of what form it takes”.

The failure to drive out Maduro frustrated Venezuelans, who are struggling with high inflation, food shortages and the lowest wages in South America – hardships that forced millions of people to migrate in recent years.

In a poll taken by Andres Bello Catholic University in Caracas last month, only six percent of Venezuelans said they would vote for Guaido if he participated in presidential primaries next year while a few other opposition leaders got bigger numbers.