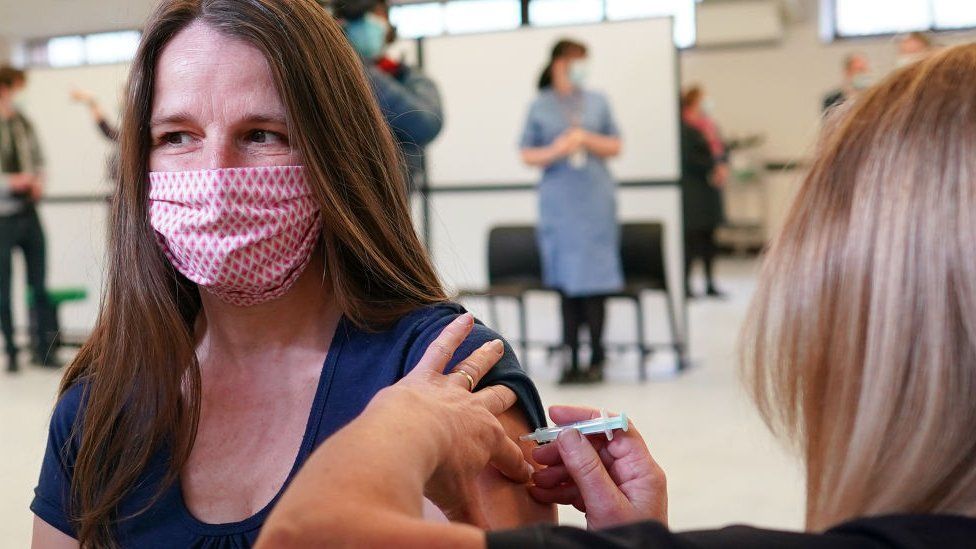 The use of so-called vaccine passports - to gain access to places such as pubs - could be against the "British instinct", Sir Keir Starmer has said.

In an interview with the Daily Telegraph, the Labour leader said there could be public opposition to them if the virus is brought under control.

A government review is looking at whether a certification system could help to reopen the economy in England.

Discussions have been taking place across the devolved nations.

Under the government's four-step plan to ease England's lockdown, all legal limits on social contact could be lifted by 21 June, if strict conditions are met.

But there is a debate about whether vaccine passports will then be necessary to reopen all sectors of society fully, such as theatres and sports stadiums, once social distancing ends.

The prime minister has suggested pub-goers could be asked to provide a vaccine certificate but not before all adults have been offered a jab by the end of July.

Pilots will begin from the middle of April to look at things such as ventilation, one-way systems and tests on how the virus spreads at indoor and outdoor events.

Ministers say they need to "look at all options" to "make areas of our national life viable again".

But speaking to the paper, Mr Starmer stressed there could be resistance to any sort of vaccine certificate.

He said: "My instinct is that… [if] we get the virus properly under control, the death rates are near zero, hospital admissions very, very low, that the British instinct in those circumstances will be against vaccine passports.

"I think that this idea that we sort of outsource this to individual landlords is just wrong in principle."

He added that "this is really difficult and I'm not going to pretend there's a clear black and white, yes-no easy answer on this".

Labour would look at any proposals the government brought forward before deciding whether to oppose them, he said.

Until now the party has said vaccine passports "may be necessary" but that the priority is to get a comprehensive hotel quarantine programme in place for arrivals into the UK.

Wales' First Minister Mark Drakeford said last week that he had spoken with Cabinet Office Minister Michael Gove and the first ministers of Scotland and Northern Ireland on the matter.

He said there were "definitely prizes to be won through domestic vaccine certification, but the system had to be "fair and reliable" and there were "practical and ethical challenges to face".

Scotland's First Minister Nicola Sturgeon has said her government is "thinking about" forms of certification as the country emerges from lockdown.

Downing Street said an ongoing review was looking at how testing or vaccination could be used to play a role in opening the economy, and would consider the ethical, privacy, legal and operational aspects.

The PM will give an initial update on Monday, with work expected to be completed before step four of the road map takes effect - no sooner than 21 June.