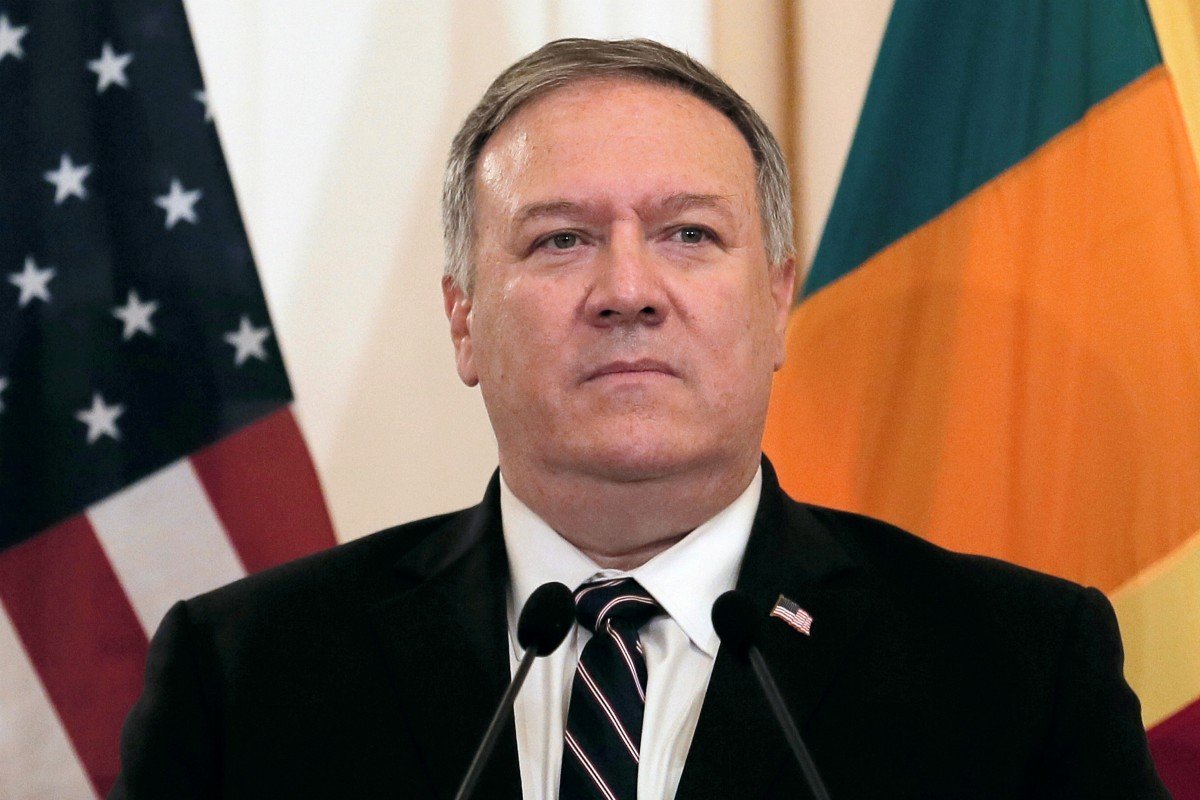 US secretary of state condemns Hong Kong for arresting politicians

‘The arrest of these lawmakers six months after the incident in question is a clear abuse of law enforcement for political purposes,’ Pompeo said.

US Secretary of State Mike Pompeo condemned Hong Kong authorities for arresting eight pan-democratic politicians on Sunday and Monday, including five currently serving legislators, over an incident at a Legislative Council meeting in May where lawmakers allegedly broke into shouting and physical scuffles with each other.

“The arrest of these lawmakers six months after the incident in question is a clear abuse of law enforcement for political purposes,” Pompeo said.

The remarks were Pompeo’s second statement in a week condemning a wave of arrests in Hong Kong of opposition activists and politicians.

They were also the latest sign of the enormous and growing scepticism in Washington over whether Hong Kong’s justice system is still capable of conducting fair and apolitical legal proceedings, after Beijing imposed its national security law on the city at the end of June.

The alleged incident that led to the arrests occurred in May, after pan-democratic lawmakers had been accused of using procedural tactics to block the passage of laws they opposed. The potential laws included a bill that would make it a crime to insult the Chinese national anthem.

At a May 8 meeting of the House Committee, which scrutinises government bills before the full legislature votes on them, pro-establishment lawmakers moved to kick out 11 opposition lawmakers and take over the committee to advance their bills. Shouting and fights broke out.Allies of the arrested lawmakers condemned the Hong Kong government for only arresting opposition politicians, even though both sides fought.

Last week, Pompeo separately slammed the Chinese Communist Party’s “proxies” in Hong Kong for arresting three student democracy activists in the city.
Four other student activists had reportedly tried to seek refuge in the US consulate but were asked by the Americans to leave – including one activist who claims to be a US citizen.

Hong Kong has attracted growing attention in Washington over the last year as US-China relations have worsened and as fears continue to grow of a crackdown on rights under the national security law.

Both political parties in Congress have shown intense unity over the issue, and passed sweeping bills with almost no opposition that allow the administration to punish officials who violate people’s rights in Hong Kong.

In late May, a few weeks before Beijing put the national security law into effect, Pompeo formally announced that the State Department would no longer certify that Hong Kong is autonomous from China. In July, President Donald Trump signed an executive order taking the same position.

“The decision to arrest several pro-democracy lawmakers and former lawmakers in relation to incidents that took place in the Legislative Council chamber in May this year warrants close scrutiny, including in terms of its proportionality to the alleged acts that occurred,” Nabila Massrali, the European Union‘s foreign affairs spokeswoman, said in a statement.

“The EU will closely follow the treatment of these cases by the authorities, bearing in mind the importance of ensuring that democratic principles and respect for human rights are safeguarded and of impartiality of justice as a key principle of the rule of law,” Massrali added.