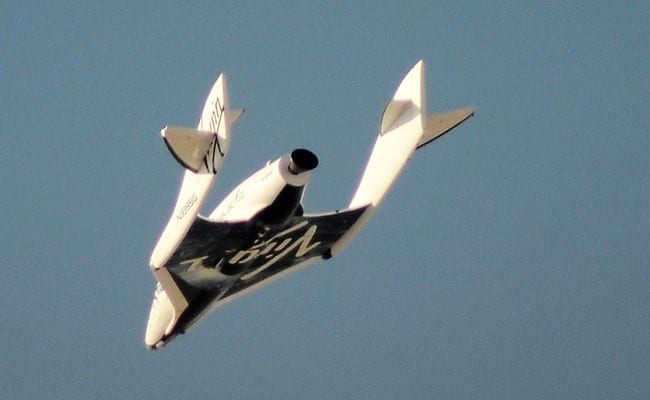 It is now unclear whether Virgin's next test flight, involving members of the Italian Air Force, will take place as scheduled in late September or early October.

The US Federal Aviation Administration (FAA) on Thursday said it was grounding space flights by Virgin Galactic while it investigates why the company's July 11 voyage carrying Richard Branson deviated from its planned trajectory.

The move represents a blow to the private space company as it prepares to carry paying customers following its first fully-crewed test flight.

It is now unclear whether Virgin's next test flight, involving members of the Italian Air Force, will take place as scheduled in late September or early October.

"The FAA is overseeing the Virgin Galactic investigation of its July 11 SpaceShipTwo mishap that occurred over Spaceport America, New Mexico," the agency said in a short statement.

"Virgin Galactic may not return the SpaceShipTwo vehicle to flight until the FAA approves the final mishap investigation report or determines the issues related to the mishap do not affect public safety," it added.

The news came after a report by the New Yorker said the flight experienced cockpit warnings about its rocket-powered ascent that could have jeopardized the mission.

The article, by investigative journalist Nicholas Schmidle, said the pilots encountered first a yellow then a red light, indicating the spaceplane's climb was too shallow and the nose was insufficiently vertical.

Without corrective action, the vessel would not have had enough energy to glide back to its runway.

"According to multiple sources in the company, the safest way to respond to the warning would have been to abort," Schmidle wrote -- though Virgin has disputed this.

Aborting would have dashed flamboyant billionaire Branson's hopes of beating rival Jeff Bezos, whose own flight to space was scheduled a few days later.

The pilots did not abort and instead attempted to correct for the trajectory problem, now flying at Mach 3 with a red light on.

The vessel went on to reach 85 kilometers (52 miles) in altitude -- above the US definition of space -- and landed safely, but data retrieved from FlightRadar24 showed it had flown outside its designated path.

"Whether or not (the pilots') decision was motivated by programmatic pressures and the hopes of their billionaire bankroller sitting in the back remains unclear," wrote Schmidle.

Virgin Galactic told AFP it disputed the "misleading characterizations and conclusions in the New Yorker article."

"When the vehicle encountered high altitude winds which changed the trajectory, the pilots and systems monitored the trajectory to ensure it remained within mission parameters," it said in a statement.

"Our pilots responded appropriately to these changing flight conditions exactly as they have been trained and in strict accordance with our established procedures."

The company acknowledged the flight had diverged from the initial plan, but characterized the deviation as a short period of one minute and 43 seconds when it flew below its prescribed altitude, rather than a change in the areas it flew over.

"At no time did the ship travel above any population centers or cause a hazard to the public."

Virgin Galactic has had close calls and accidents in the past -- most notably in 2014 when a crash killed one pilot and injured another.

Schmidle also wrote that key personnel who were critical of the company's safety culture had resigned or been sacked.