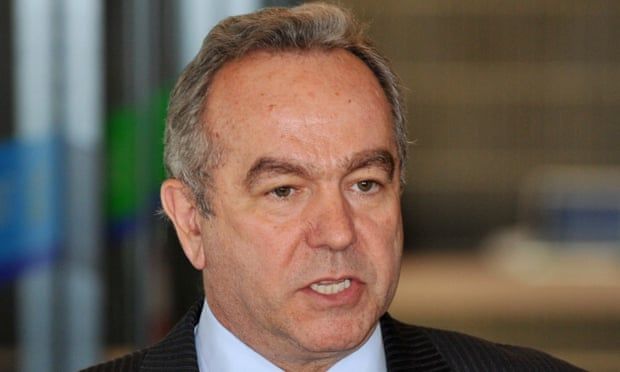 US official warns China against ‘catastrophic’ move on Taiwan

A senior US official has warned China not to seek emboldenment from its Hong Kong crackdown to move against Taiwan, as Japan’s deputy leader said it would defend Taiwan against an attack.

Kurt Campbell, coordinator for Indo-Pacific affairs on the US national security council, told a forum on Tuesday the US had tried to send a “clear message of deterrence across the Taiwan Strait” and any attempt by China to move on Taiwan would be “catastrophic”.

The ruling Chinese Communist party considers Taiwan to be a province of China despite the party never having ruled the island, and has vowed to take it by force if necessary. The government in Taipei maintains it is an independent nation and rejects China’s claim. China had promised Taiwan peaceful unification under the “one country, two systems” principle that governs Hong Kong.

But the recent crushing of dissent and opposition in Hong Kong, in what critics say defies the promises of “one country, two systems”, has further discouraged Taiwan from accepting.

Campbell told the forum the international community had been clear in expressing “dissatisfaction” over the Hong Kong crackdown in part because there was “a clear sense” that Chinese officials were quietly assessing the global response to see what it told them about how the world might react over Taiwan.

“I just want to underscore that such an effort would be catastrophic,” Campbell said.

The US does not have formal ties with Taiwan’s government but is treaty-bound to provide it with the means of self-defence, which has resulted in billions of dollars in arms sales. For decades the US has also maintained a deterrence policy of “strategic ambiguity”, refusing to confirm if it would come to Taiwan’s aid militarily in an attack.

Campbell’s comments came a day after Japan’s deputy prime minister offered his country’s strongest statement of support for Taiwan in some time, declaring it would defend the island alongside the US if China attacked.

Taro Aso told a fundraising event on Monday the fate of Taiwan was of great importance to Japan, whose southern islands neighbour Taiwan.

“If a major problem occurred in Taiwan, it would not be going too far to say that it could be an existential threat [for Japan],” Aso said. Under a 2015 reinterpretation of its pacifist, post-second world war constitution, Japan now says it can use force to come to the aid of an ally, with the justification that failing to do so could endanger Japan.

“In such a case, Japan and the United States will have to work together to defend Taiwan … We need to consider seriously that Okinawa could be next.”

Japan also claims some disputed territories in the East China Sea, and has needed passage through the Taiwan Strait.

Aso’s comments are a significant shift in Japan’s foreign policy, which has been growing bolder against China’s aggression and drawing closer to Taiwan.

Aso later told reporters that tensions should be resolved through dialogue. The Japanese government said Aso’s comments were a personal view. Local media reported the defence minister as saying there was no change to Japan’s policy on China.

The prospect of a Chinese attempt to take Taiwan, including when and what form it would take, is vociferously debated, but there is general consensus that the risk is higher now than it has been for decades.

In a speech marking 100 years of the Chinese Communist party last week, the president, Xi Jinping, reaffirmed an “unshakeable commitment” to “restore” Taiwan, and warned of a “bloody” collision for any country that sought to bully or subjugate China.

On Tuesday China’s foreign ministry said Aso’s comments were “extremely wrong and dangerous” and reiterated Beijing’s position that Taiwan was an internal matter and it would allow no foreign interference.
Add Comment