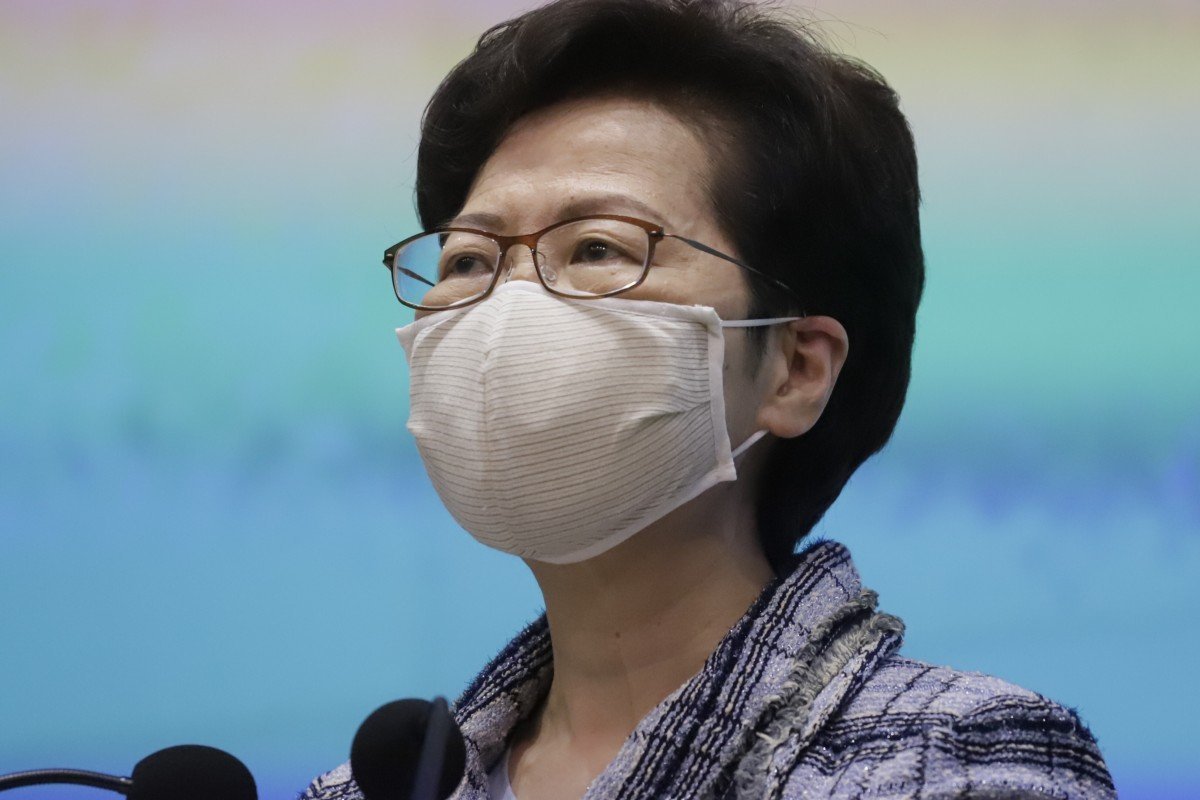 Carrie Lam, the Hong Kong chief executive, is one of nine people named in the US State Department’s report to Congress.

Financial institutions doing business with those deemed responsible for undermining Hong Kong’s autonomy may face sanctions, the US government said on Wednesday.

The report – required by the Hong Kong Autonomy Act (HKAA) – identifies Hong Kong Chief Executive Carrie Lam Cheng Yuet-ngor and nine others, all of whom have been previously sanctioned by the State Department, as responsible for undermining these obligations, adding that it would identify “any foreign financial institution (FFI) that knowingly conducts a significant transaction with” them.

Hong Kong Justice Secretary Teresa Cheng Yeuk-wah and the city’s commissioner of police, Chris Tang Ping-keung, were also identified. Stephen Lo, commissioner of the Hong Kong Police Force until 2019, was the only person included in the previous sanctions list not to be among those named in Wednesday’s report to Congress. No reason was given for his exclusion.

“The Treasury Department will only identify FFIs that knowingly conduct a significant transaction with a foreign person identified” to have undermined Hong Kong’s freedoms, it said, adding that, under the HKAA, the report on foreign financial institutions violating the law will be completed within 60 days.

The Sino-British Joint Declaration on Hong Kong is the agreement under which the two governments agreed China would reassume control of Hong Kong. The document, signed in 1984, guaranteed that Hong Kong would retain a high degree of autonomy for 50 years after the 1997 handover of the former British colony to China.

The Basic Law is Hong Kong’s mini-constitution. Financial institutions determined to be conducting transactions with sanctioned people will have 30 days from the report’s publication to wind down the business or face “mandatory secondary sanctions under the HKAA”.

The national security law criminalises a wide range of behaviour under four categories of subversion, secession, terrorism and collusion, and allows Beijing to extradite suspects to the mainland in certain cases. The law is also extraterritorial, covering alleged crimes committed outside the city.

“These include the installation of a mainland security agency, mass arrests of peaceful protesters, the politically motivated delay of the September 2020 Legislative Council elections, and the capture and detention of Hong Kong democratic activists attempting to leave Hong Kong.”