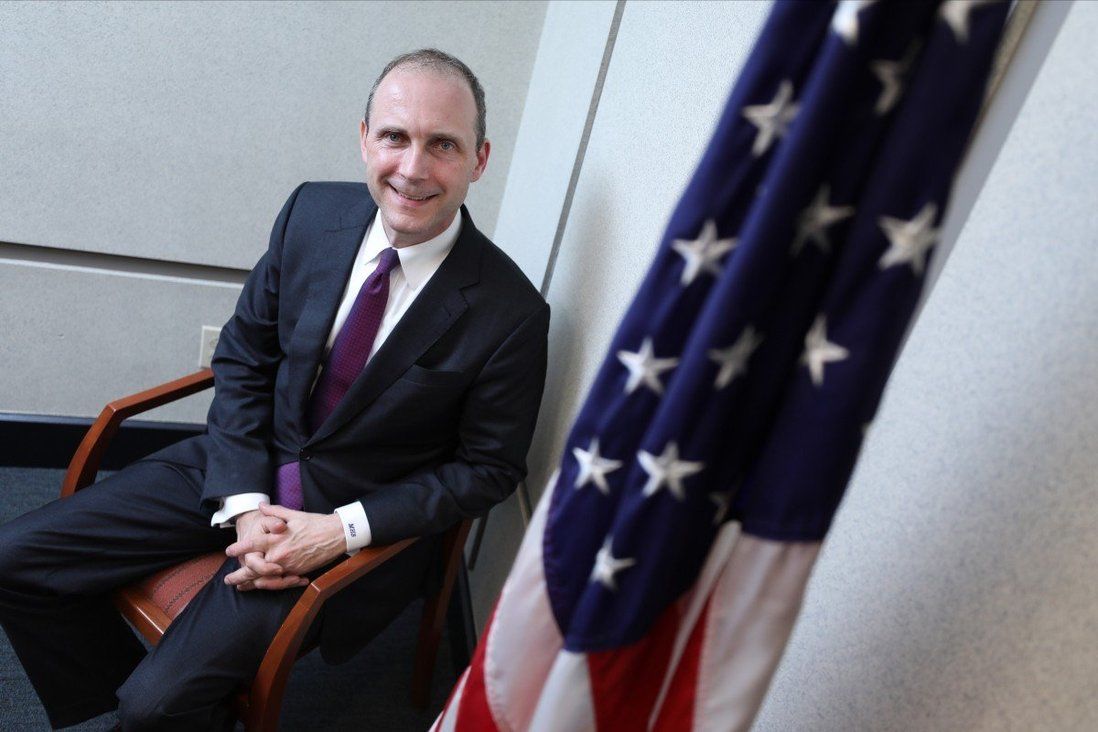 Beijing mouthpiece says Hanscom Smith ‘twisted right and wrong’ by suggesting last week’s changes did not represent the will of residents, adds national security law will punish subversive factions ‘one by one’ .

A Beijing mouthpiece has accused the United States’ consul general in Hong Kong of “upending black and white” in the wake of his criticisms of last week’s radical electoral system overhaul, but agreed on one point – the city will eventually not be one he recognises.

It came a day after Beijing’s foreign ministry accused Hanscom Smith – without naming him – of “blatantly ­supporting anti-China troublemakers” and penning an article that had “twisted right and wrong”.

Following Beijing’s approval of sweeping changes to Hong Kong’s electoral system last week, the envoy wrote an opinion piece in the Post arguing it was becoming “harder to recognise the Hong Kong that thrived for so long”.

In separate comments, he added that Beijing’s latest plan, which involves slashing the number of directly elected seats to the Legislative Council, would not produce “meaningful democratic results” nor result in a credible representation of “the will of the people in Hong Kong”.

But the Chinese mouthpiece hit back on Sunday. “Smith got part of it right – that Hong Kong, in the future, is not going to be the one he recognises,” the article reads.

It also lashed out at Western politicians, saying the city was no longer “a colony for anyone to invade” and a special administrative region of China, “not the 51st state of America”.

The article warned that Beijing’s imposition of the national security law on Hong Kong last year meant the “days of Hong Kong being defenceless will be bygone”. So too, it added, will be the influence of Western countries and their spokesmen.

“When the US consulate, once as robust as a [bustling market], gets less and less traffic, and when those factions poised to subvert Hong Kong by being eagles and dogs are punished by the law one by one, the plan of Smith and his like will no longer work,” it said.

Blasting Smith’s take on the electoral overhaul, the People’s Daily piece said: “This is twisting right and wrong and upending black and white, and has sparked extreme outrage from Hong Kong society.”

Under the new changes, a vetting committee, advised by the city’s national security police, will be put in place to screen candidates for both the Legislative Council and chief executive.

While the number of seats in Legco was boosted from 70 to 90, the number of those directly elected by residents – where the opposition had typically held the most sway – was slashed from 35 to 20. Instead, the city’s powerful Election Committee, dominated by the pro-Beijing camp, will be given 40 seats under the new structure.

Legco hopefuls will now have to secure nominations from across a number of sectors comprising the Election Committee, something critics say will impose a nearly insurmountable hurdle for opposition candidates.

Beijing and its loyalists have maintained that the surgery on the city’s electoral system was long overdue in order to guarantee only “patriots” governed Hong Kong in the wake of the massive anti-government protests in 2019.

Beijing and Washington’s diplomatic outposts have been at the fore of ongoing China-US clashes across multiple fronts. In July 2020, the administration of then US President Donald Trump moved to close the Chinese consulate in Houston after accusing China of using it to aid in the stealing of intellectual property.

In return, China ordered the closure of the US consulate in Chengdu, a densely populated city in western China.