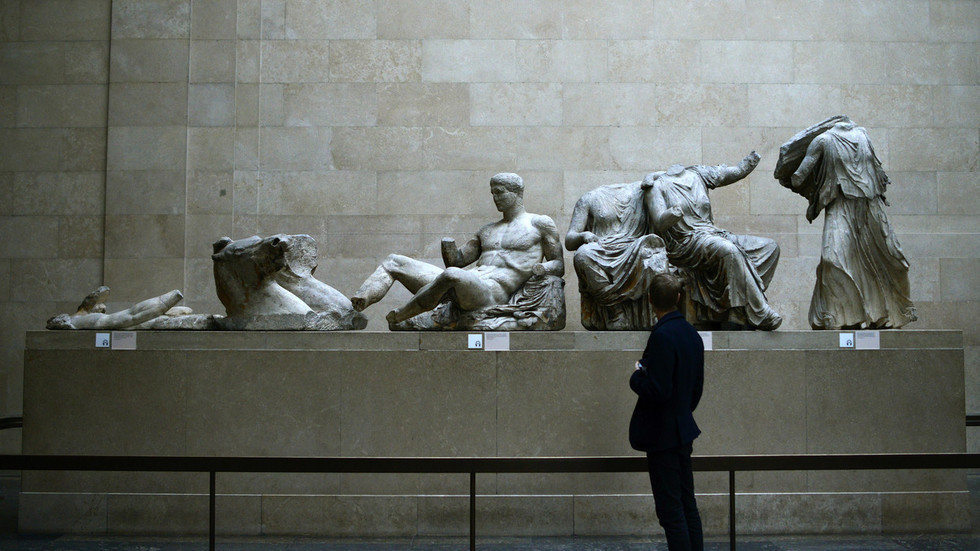 A cross-party group of US Congress members have waded into the Parthenon/Elgin Marbles row to urge the UK government to return the disputed relics to Greece or risk undermining the “special relationship” between the two countries.

A total of 18 Republican and Democrat members of the House of Representatives signed a letter addressed to UK Prime Minister Boris Johnson imploring that the 2,500-year-old sculptures be returned to Greece by next year.

The provocative move has been blasted as an attempt at “blackmail” ahead of Britain trying to hammer out a trade deal with the United States.

“The Marbles have been the source of controversy among Western allies for many decades. Greece has long wanted these Parthenon Marbles back,” the letter reads.

“Today we write to you as members of the congressional caucus on Hellenic Issues to urge your government to negotiate with the Greek government in earnest on the return of the Parthenon Marbles to Greece.”

In a diplomatically veiled threat, the letter evokes the “historic special relationship” between the UK and the US and says it can be “strengthened” by the return of the sculptures to Greece.

The chairs of the House's highly-influential oversight and rules committees, and the foreign affairs subcommittee on issues related to Europe were among those who signed the letter. The politicians are understood to want the pieces returned by 2021 to mark the 200th anniversary of the formation of modern Greece.

The ancient art works originally adorned the famed fifth century BC Parthenon temple in Athens. They were taken to the UK in the early 19th century by British diplomat Lord Elgin when Greece was under Ottoman Turkish rule. The sculptures are currently housed in the British Museum in London. The museum denies Greece’s claim that they were stolen, arguing that the marbles were taken under a legal contract with the Ottoman empire.

The dispute over the sculptures has come to the fore in the context of post-Brexit trade talks between the European Union (EU) and the UK. The EU included a demand for the return of “unlawfully removed cultural objects” in a negotiating mandate for trade discussions. The demand was immediately linked to the contested marbles and Downing Street told the bloc that the relics were “not up for discussion” as part of trade deal talks.

The US politicians’ letter comes hot on the heels of Democrat presidential nominee Joe Biden and House Speaker Nancy Pelosi stating that there would be no US-UK trade deal if Brexit undermined the Good Friday Agreement, which facilitates peace in Northern Ireland.

While the marbles letter does not specifically mention a post-Brexit trade deal, Conservative MP Tim Loughton has no doubts about the American politicians’ intentions. “Not content with trying to use the future of Northern Ireland as a bargaining chip for US-UK trade negotiations, now they're trying to empty the British Museum in an attempt to blackmail the UK Government,” he told The Telegraph.

A spokesperson for Downing Street said that the sculptures are legal property of the British Museum and they will not form part of any trade negotiations.