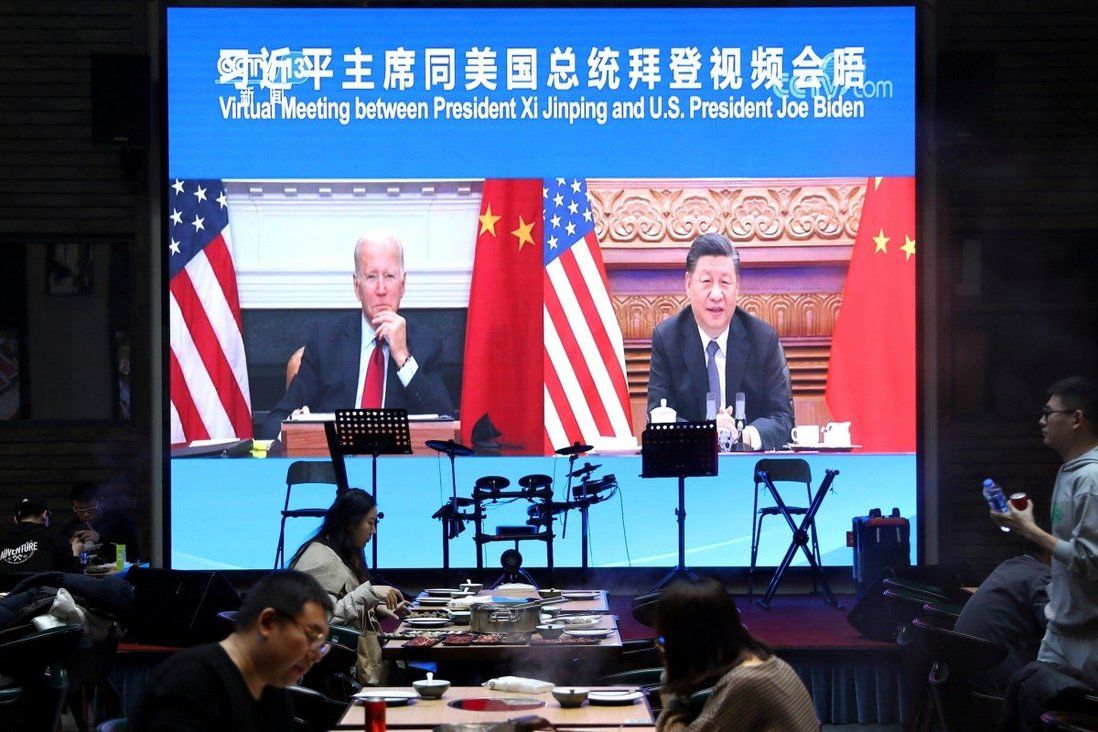 Talks between China and the United States are unlikely to improve ties significantly as the countries are set for long-term confrontation decades in the making, said the chairman of the Asia Society’s Hong Kong centre on Tuesday.

“What we are seeing today, don’t blame Donald Trump,” he said at a seminar organised by the University of Hong Kong’s Research Hub on Institutions of China. “Donald Trump, no doubt, took [US-China relations] to hell, but he was just the last straw that broke the camel’s back. It was 30 years in the making.” 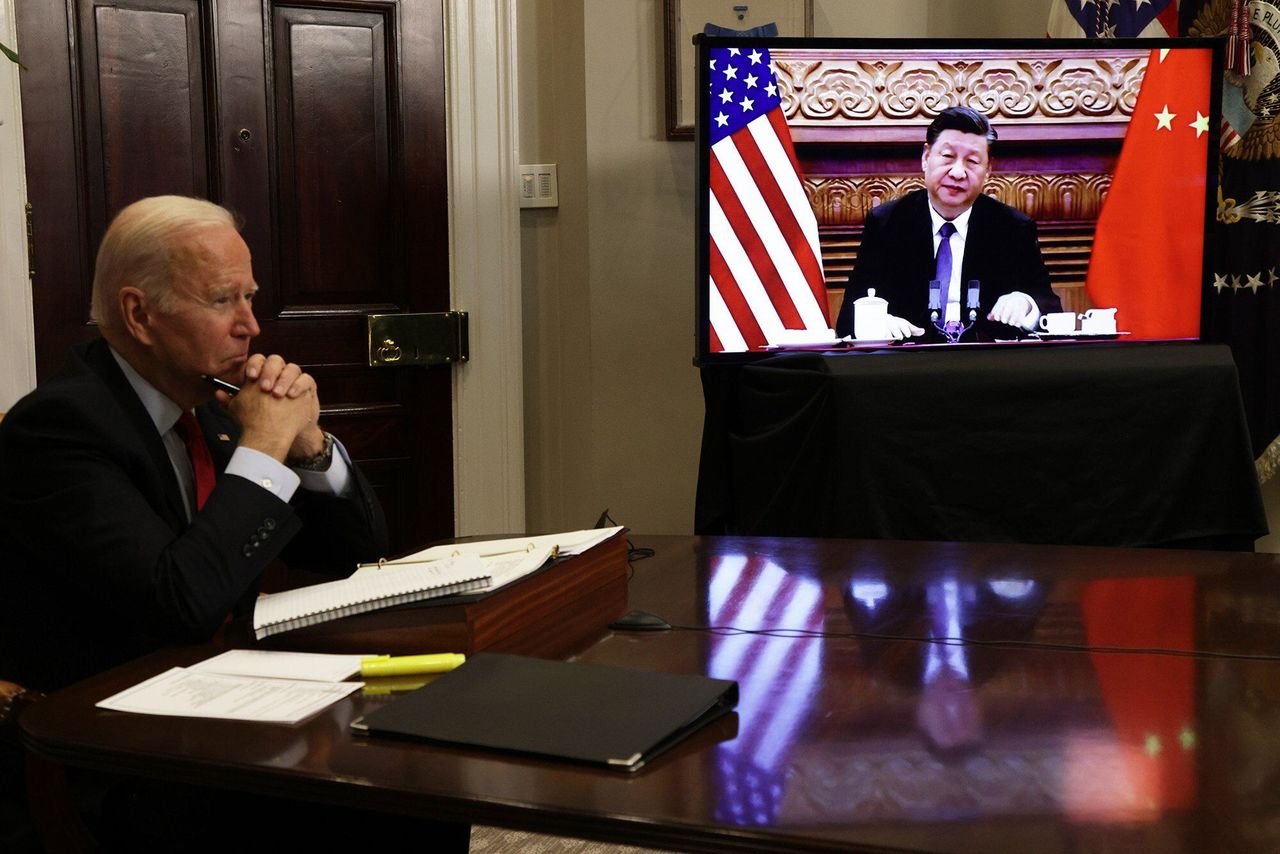 US President Joe Biden participates in a virtual meeting with Chinese President Xi Jinping at the White House on November 15 in Washington.

The two countries disagree on a plethora of issues, including trade, Taiwan, human rights in Xinjiang and Hong Kong, and territorial disputes in the South China Sea.

Chan said talks were unlikely to improve ties and called those interpreting the dialogue as olive branches as “ignorant” because it did not change the attitude of American politicians towards China.

He also said that China is disadvantaged in diplomacy and public opinion, the soft-power dimensions of the US-China confrontation.

China has adopted the wolf warrior diplomacy, where diplomats employ aggressive rhetoric to rebuke criticisms of the country, in contrast to the foreign policy approach that hides its strength and bide its time promoted under the rule of Deng Xiaoping.

“On the hearts and mind of the people of the world, of course, most people will assume that [America] will win hands down because the media is in their hands,” Chan said.

“But personally I’m not that pessimistic about that score. I believe that sooner or later that China has a lot of room to gain on the hearts and minds of the people,” he said, adding that the two countries were contesting against each other in the hard-power areas of economy and military.

“Accidental hot conflicts are hard to avoid, history tells us,” Chan said. “This is especially dangerous. But during the Cold War, the USSR and US for decades didn’t directly face each other. The closest it got was in the 1962 Cuban crisis.”