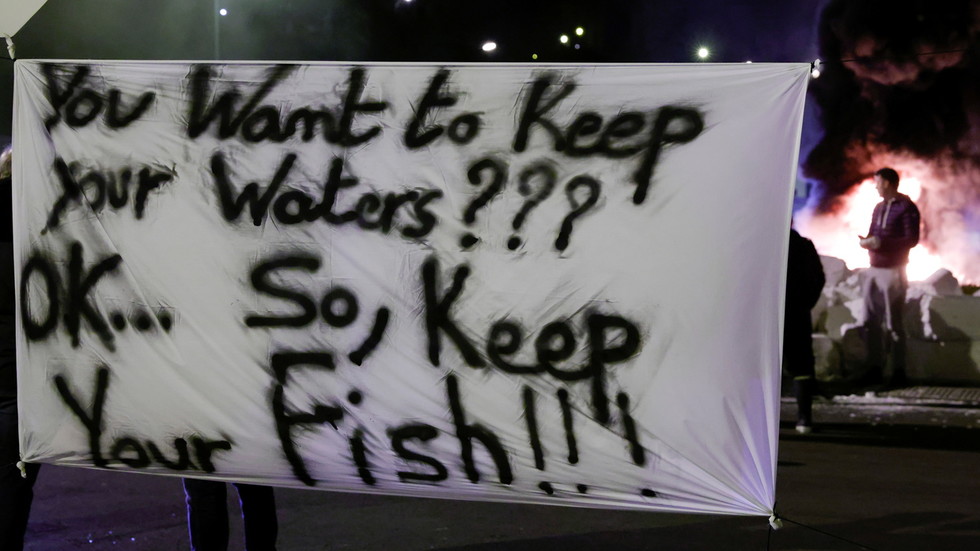 The UK prime minister’s spokesman has issued a stern rebuke aimed at the French fishing industry after groups of trawlermen in France blockaded lorries carrying UK-landed fish, protesting a lack of access to British waters.

Speaking to reporters on Friday, Boris Johnson’s spokesman described the protest actions of French fishermen as “unjustified”, after a number of lorries carrying fish landed at British ports were blocked by angry trawlermen in northern France.

Around 80 fishermen created barricades at Boulogne docks, burning tyres and reportedly setting off flares in an effort to prevent UK-landed fish being transported to a French processing facility on Thursday. They claim the British government has been too slow to grant licences post-Brexit and that 80% of the fishing vessels in the northern Hauts-de-France region are yet to receive theirs.

"We do not recognise the figures being shared by the French fishing industry,” Johnson’s spokesman said on Friday, adding: "We take an evidenced-based approach to licensing EU fishing vessels using the information that's supplied to us by the European Commission.“

"We have issued licences to all vessels that have met the criteria and provided the relevant information, so we consider the reaction to be unjustified,” the spokesman stated.

British fishermen were heavily critical of Johnson’s Brexit deal, which they hoped would essentially cut foreign trawlers out of UK waters. However, the pact struck in December gives EU vessels continued access to British waters, which gradually decreases year-on-year, but also dictates that EU fishermen must apply for a licence with a UK authority.

French fishermen told reporters that they thought they would have their licences in a matter of days, but instead very little has happened in four months.EU access to British fisheries was an area of persistent disagreement between Brexit negotiators in 2020.
#boris johnson
Add Comment