A UN watchdog has urged Hong Kong to “take concrete steps” to repeal the Beijing-decreed national security law as it is threatening civil rights protected by an international covenant, a criticism the government described as “unfair and unfounded”.

A report released on Wednesday by the UN Human Rights Committee, which included “concluding observations” on the latest situation in the city, expressed “grave concern” about an “overly broad interpretation” and “arbitrary application” of the legislation.

The report also suggested an “excessive number” of civil groups, trade unions and student bodies were forced to cease operating after the law’s implementation in 2020.

“The committee was deeply concerned about the overly broad interpretation of Hong Kong’s national security law, which was passed by [Beijing] without consultation with the Hong Kong public,” committee vice-chairman Christopher Bulkan told a press conference in Geneva. 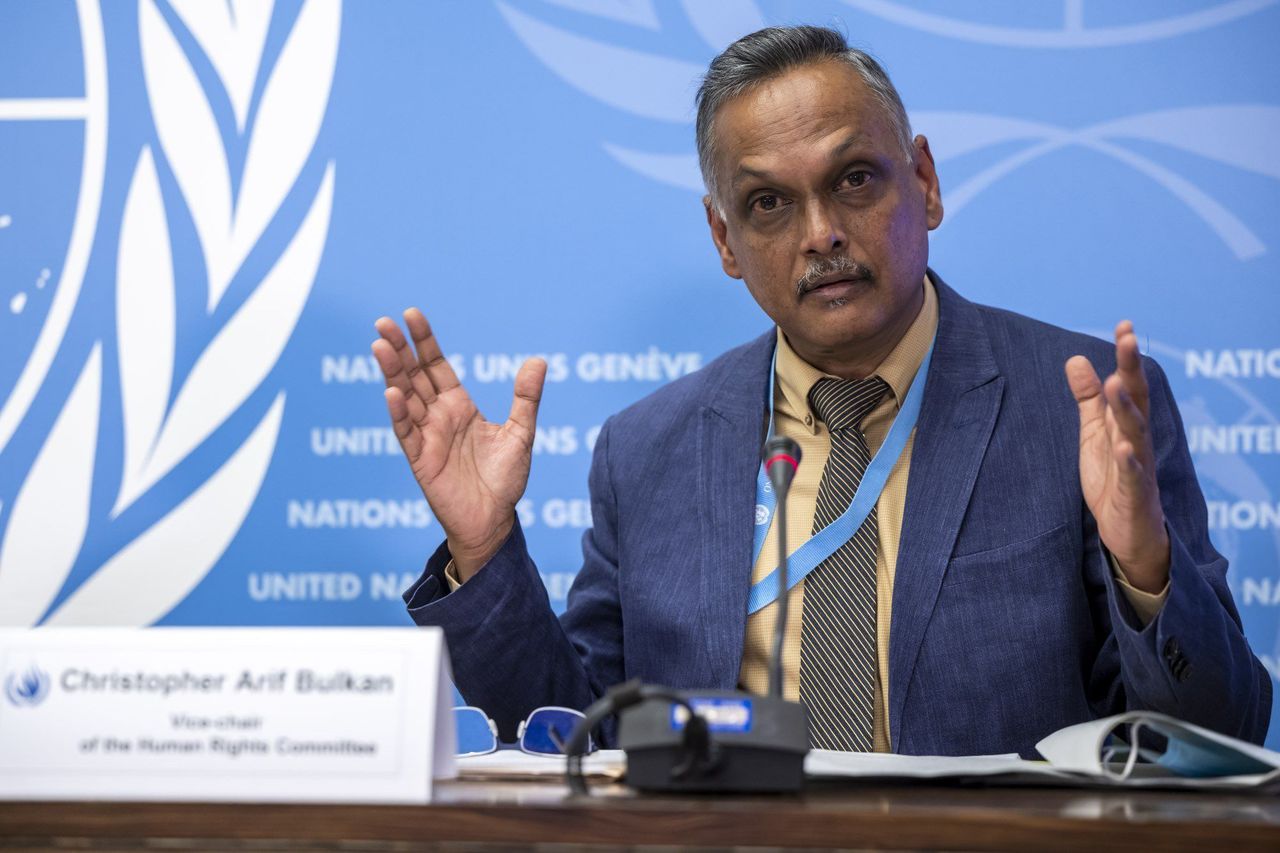 Bulkan said the legislation has some “shortcomings”, including “the lack of clarity of national security and the possibility of transferring cases from Hong Kong to mainland China, which is not a state party to the covenant, for investigation, prosecution, trial and execution of penalties”, referring to the International Covenant on Civil and Political Rights.

“The committee urges Hong Kong to take action to repeal the national security law and in the meantime refrain from applying it.”

“Despite the delegation’s best efforts to … clarify misunderstandings about the human rights situation in [Hong Kong], we are very disappointed that the committee still made unfounded criticisms,” a spokesman said, referring to a delegation led by constitutional affairs chief Erick Tsang Kwok-wai earlier this month.

“The government strongly objects to unfair criticism made by the UN Human Rights Committee.”

Beijing imposed the law on Hong Kong in June 2020 after months of often violent anti-government protests, which were triggered by a now-shelved extradition bill in 2019.

The Beijing and Hong Kong authorities have credited the law, which bans acts of subversion, secession, terrorism, and collusion with foreign forces, with restoring social order and peace.

But critics claim it has been used to crack down on dissidents, noting many opposition activists have either been jailed or fled the city. 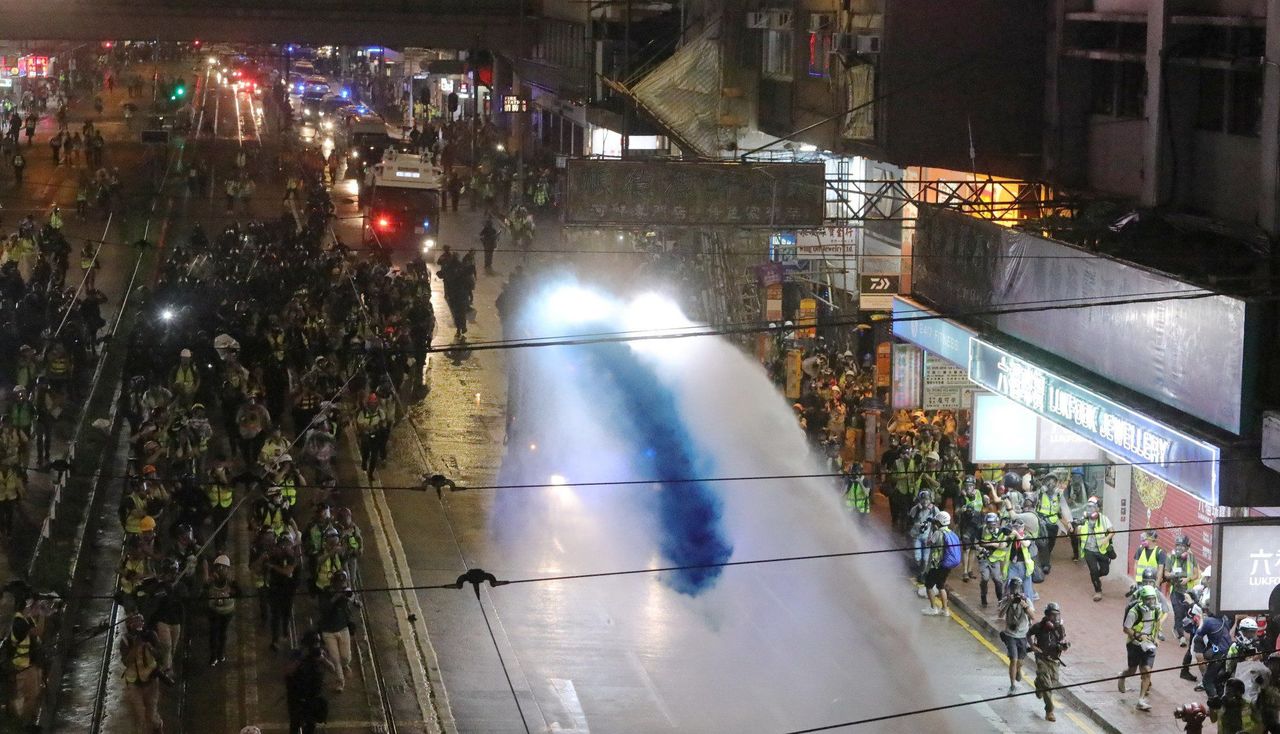 Police deploy a water cannon during a protest in 2019.

According to the committee’s 12-page report, more than 200 people, including 12 children, have been arrested under the law since its enactment.

Bulkan stopped short of saying the legislation breached the covenant, but cited as an example of possible incompatibility the law empowering the chief executive to appoint judges to hear national security cases.

“It is very concerning to us,” he said. “If the government can pick judges, that would compromise judicial independence.”

The report also expressed concern about the “extensive investigative powers” of Hong Kong police’s National Security Department and a lack of clarity on the grounds for invoking extraterritorial application of the law.

The committee asked the government to make a new national security law on its own and to “ensure that the legislative process … is inclusive and transparent, facilitating the free, open and meaningful participation of civil society and the public … with a view to ensuring that the new legislation fully conforms with the covenant”.

The committee also raised concern over possible abuse of power by police during the social unrest in 2019 and called for an independent agency to look into complaints against the force.

It also touched on the pace of democracy in Hong Kong and asked the government to “take concrete steps, with a clear timeline, to introduce universal suffrage”, while urging for reform of the electoral system to increase the number of directly elected seats in the Election Committee and the Legislative Council. The number of public voters in the Election Committee should also be increased, it said.

The watchdog added that the public should be allowed to vote for the chief executive. 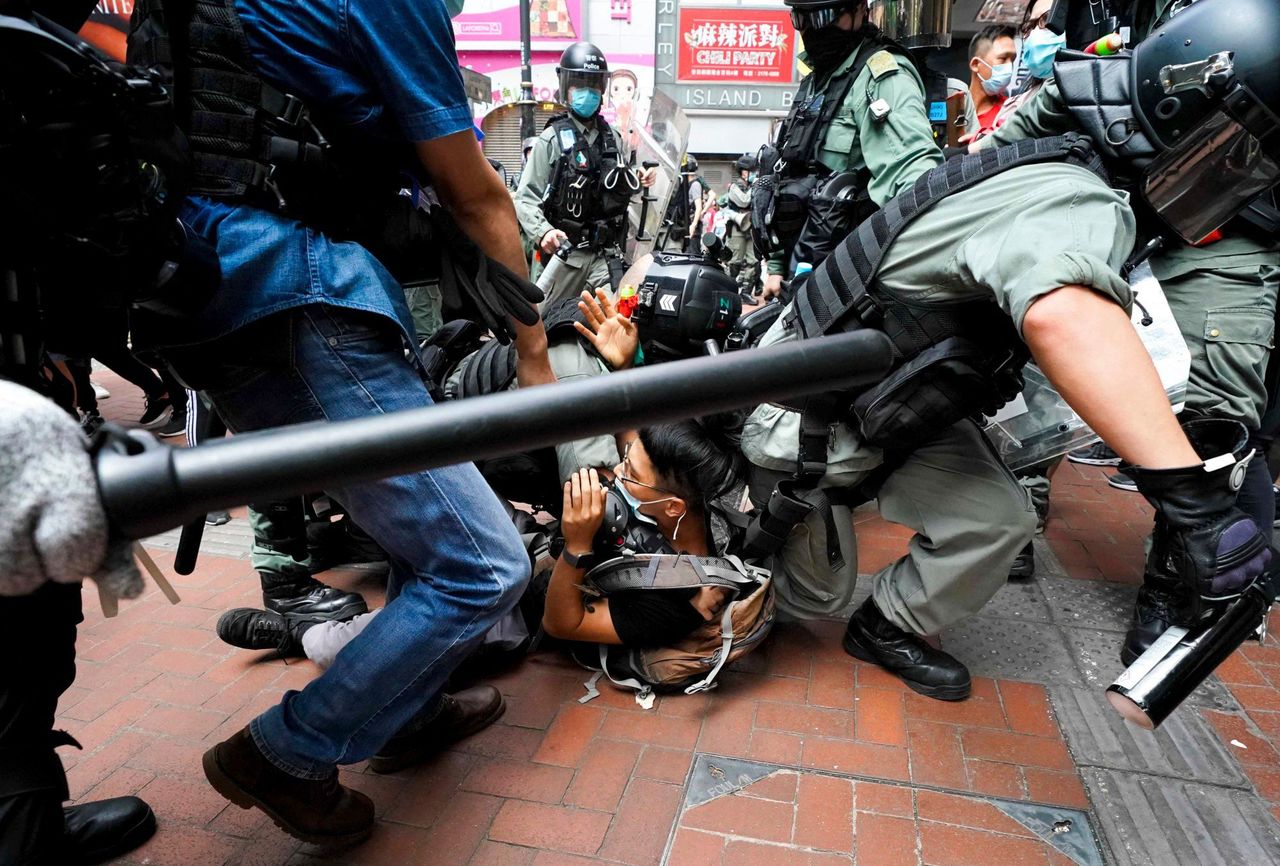 The committee also called for an independent agency to look in complaints against police.

“Their extraterritorial application is also squarely in line with international practice,” the spokesman said.

“It should be stressed that the national security law was enacted to restore the enjoyment of rights and freedoms which many people in [Hong Kong] had been unable to enjoy during the period of serious violence between June 2019 and early 2020.

“The law has indeed achieved the intended effect, and has swiftly and effectively restored stability and security.

“These are incontrovertible facts shared by the experiences of people living and businesses operating here in Hong Kong, who are relieved and happy to see Hong Kong now continues to be an open, safe, vibrant and business-friendly metropolis.”

Professor Lau Siu-kai, a vice-president of semi-official think tank the Chinese Association of Hong Kong and Macau Studies, said the national security law was already very mild compared with those in most Western countries.

“The UN committee is not fair to Beijing as it denies the right of China and Hong Kong to adopt measures to protect themselves. It also evinces arrogance, hypocrisy and double standards,” he said.

“All national security laws in the West are made or imposed by central governments, not by local authorities. Beijing delegated the power to make laws to protect national security to Hong Kong back in 1990,” he added, referring to Article 23 of the Basic Law, the city’s mini-constitution, which requires it to enact its own security law.

“But because of obstruction by anti-China elements, no such laws have been enacted, thus making Hong Kong vulnerable to being used by internal and external hostile forces to threaten national security and undermine Hong Kong’s stability.”