In capital cities across Europe, politicians have largely celebrated the downfall of Boris Johnson. Not so in Kyiv.

Zelenskyy, with whom Johnson has enjoyed a high-profile bromance since the Russian invasion of his country five months ago, told his U.K. counterpart: “We have no doubt that Great Britain’s support will be preserved — but your personal leadership and charisma made it special.”

The obvious friendship between the pair has helped cement the U.K.’s reputation as one of Russia’s most strident antagonists over recent years — notwithstanding the view among cynics that Johnson was also seeking a high-profile distraction from his entanglement in multiple domestic scandals.

With Johnson now standing down as prime minister on September 6, one question remains in Kyiv — will the U.K.’s close bond with Ukraine survive?

Dmytro Kuleba, Ukraine’s foreign minister, doubts any replacement could match Johnson’s commitment to the cause. 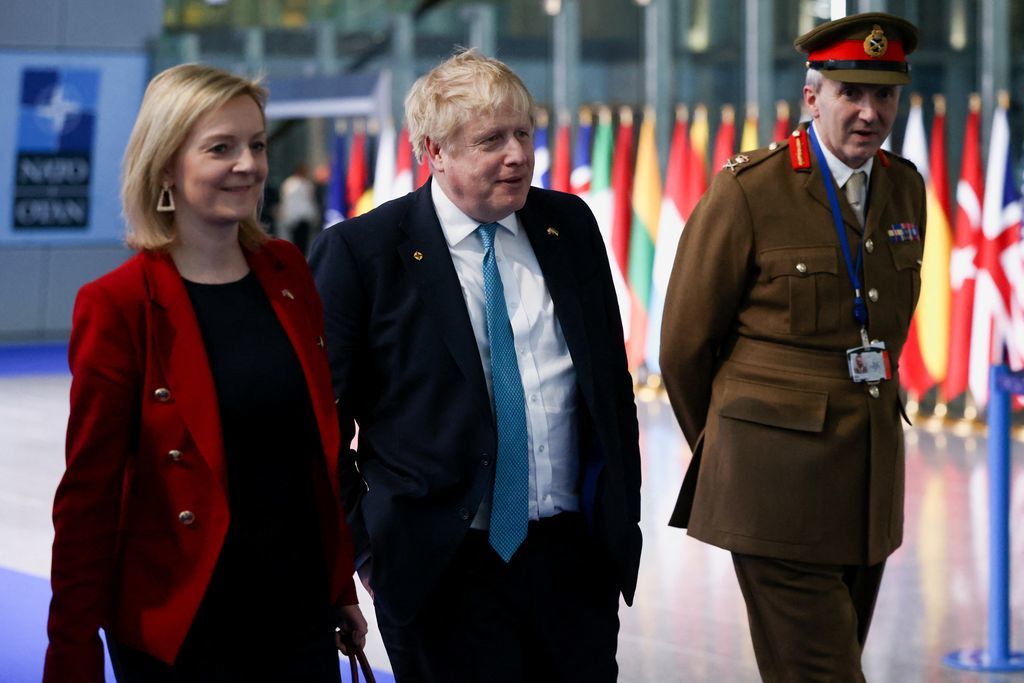 “Johnson set a different standard of behavior. No one can replace this,” Kuleba said last week, highlighting a “chemistry” between the two leaders that he said “probably won’t happen” under someone else.

Close friends of Johnson, too, fear a new Conservative prime minister could take a softer line.

One of Johnson’s longest-standing political allies told POLITICO that the prime minister’s departure was “a real risk” for Ukraine, adding: “Quite a bit of ‘old Europe’ is quite wet on this. And that will show through. It is a loss having somebody like him [depart].”

There is little debate across the British political spectrum about the need to stand firm against Russia, however, meaning most observers expect broad continuity from Johnson’s replacement.

“The nearest Britain has to a national consensus at the moment seems to be the support for Ukraine,” said Jonathan Eyal of RUSI, a U.K.-based defense think tank. “Namely that Russian aggression must not be allowed, and Ukraine must receive all necessary assistance.”

The wide-open race to succeed Johnson has now narrowed to two candidates — Liz Truss, his foreign secretary and the current front-runner, and Rishi Sunak, the former chancellor whose resignation precipitated Johnson’s demise. Thus far neither has offered any suggestion they would change course on Ukraine. 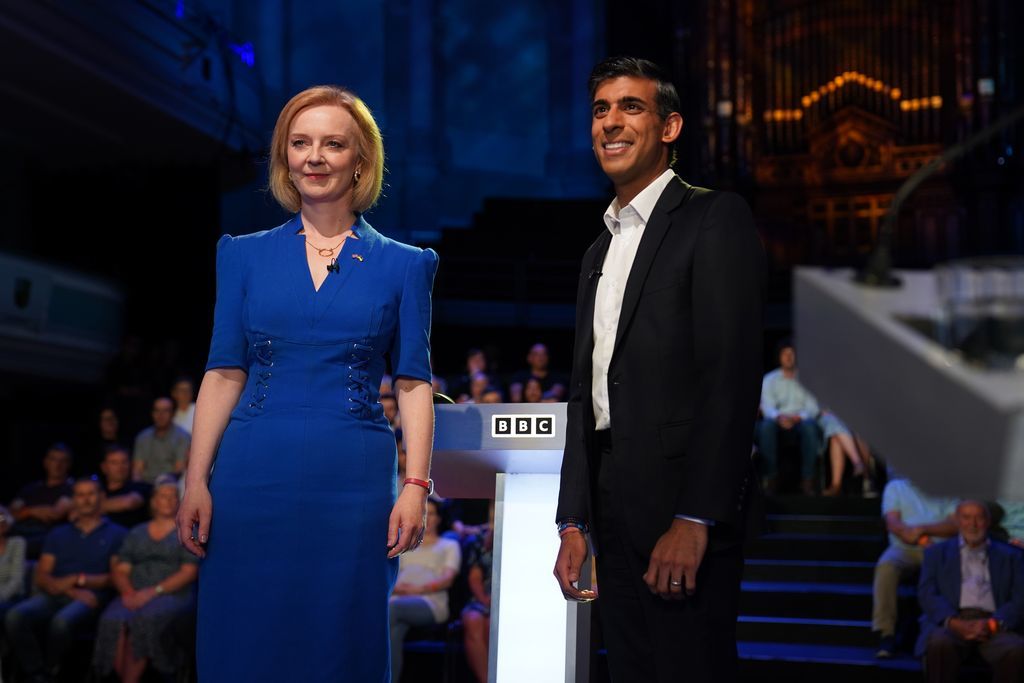 One Tory MP with a background in defense said: “This is something that even [opposition Labour leader] Keir Starmer would be fine on. Nobody serious disagrees.”

Sunak told a studio audience that “collectively we can all as a country be enormously proud of the contribution and leadership that the United Kingdom has shown in standing up to Russian aggression — and that will continue, I would imagine, whoever becomes prime minister.”

Both candidates can point to their leading roles at the top of Johnson’s government in offering military support to Ukraine and implementing heavy sanctions against Russia — although the latter measures have been led by Truss’ department, as she has pointed out repeatedly since standing for leader.

Furthermore, having stayed in post while dozens of ministerial colleagues quit, Truss can now continue to make tough-sounding announcements throughout the campaign, while Sunak watches from the sidelines.

Having spent his ministerial career in domestic-focused departments, Sunak remains something of an unknown quantity.

Sophia Gaston, director of the British Foreign Policy Group think tank, predicted there would inevitably be “distinct” styles of leadership on Ukraine, with “pretty much full continuity under Truss, because she has been very active in shaping the current government’s current policy.”

“We know a lot less about Rishi’s foreign policy instincts because, unlike Truss, he’s never served in a foreign policy or defense portfolio,” Gaston added. “He is more likely to prioritize engagement with allies and strategic rivals alike, and will push for value for money around our international investment.”

RUSI’s Eyal echoed this, saying Sunak would have to “create” a reputation on Ukraine, whereas Truss has, if anything, positioned herself as a more explicit critic of Russia even than Johnson.

“In the Moscow-controlled media, most of the coverage about the British leadership election is heaping criticism on Truss as being the most extreme anti-Russian,” Eyal said.

Bob Seely, a Conservative MP and one of Moscow’s most outspoken critics in parliament, said: “I think Liz has an understanding that in the world in the 21st century, you’re going to see a battle for two different world systems — between open societies and neo-authoritarian societies.”

Truss talked up this battle of ideas in a recent interview with the Atlantic, berating the West for “not making the argument for freedom and democracy.” Seely predicted she would be the more likely of the pair to take a “tough” stance with anti-democratic foreign powers.


To this end, Truss’ allies — widely presumed to include the outgoing prime minister — have not wasted the chance to cast aspersions upon her rival.

In comments to the Financial Times, an unnamed minister supportive of Johnson suggested — without evidence — that Sunak would take a softer line with Russian President Vladimir Putin, because of the ex-chancellor’s concerns about the economic impact of the war.

“I think he just cares less,” one former Downing Street foreign policy adviser said of Sunak. “[Foreign policy] is not his primary motivation.”

But Sunak’s allies deny he would be any less of a staunch friend to Kyiv than Johnson has been.

Andrew Mitchell, a former international development secretary, said: “Under Rishi, the Treasury was highly effective at sanctioning Russian supporters of Putin and I think his internationalist approach would win allies for Britain’s policy,” which is “to do everything we can to help the Ukrainians in the face of this murderous act of aggression.”

A campaign official insisted Sunak “spearheaded the most severe of economic sanctions on Russia.”

Beyond the predictable to-and-fro of a leadership contest, real and tangible differences do exist between the two candidates.

Sunak has pledged to keep Johnson’s plan to boost defense spending to 2.5 percent of GDP by the end of the decade, while Truss would bring that target forward to 2026 and then aim to hit 3 percent by 2030.

Perhaps this was on Conservative Party members’ minds when polled by YouGov after Monday’s BBC1 debate, giving Truss a whopping 44-percentage point lead over Sunak on the question of Ukraine — despite a relatively consensual on-air exchange.

They may also have been impressed by Truss’ stated desire to “face down” the Russians. Although she was ridiculed at the time for a disastrous meeting with Russian Foreign Minister Sergey Lavrov in February, some Conservatives have since come to see her performance as a badge of honor.

At another recent debate, Truss said she would meet Putin face to face and “call him out” if he attended the G20 summit later this year, something Sunak immediately ruled out. He said he had walked out of a G20 meeting when the Russian finance minister took part.

Truss’ comment caused “concern” inside the Foreign Commonwealth and Development Office (FCDO), according to Whitehall officials, which has struggled at times to keep the maverick foreign secretary on message. 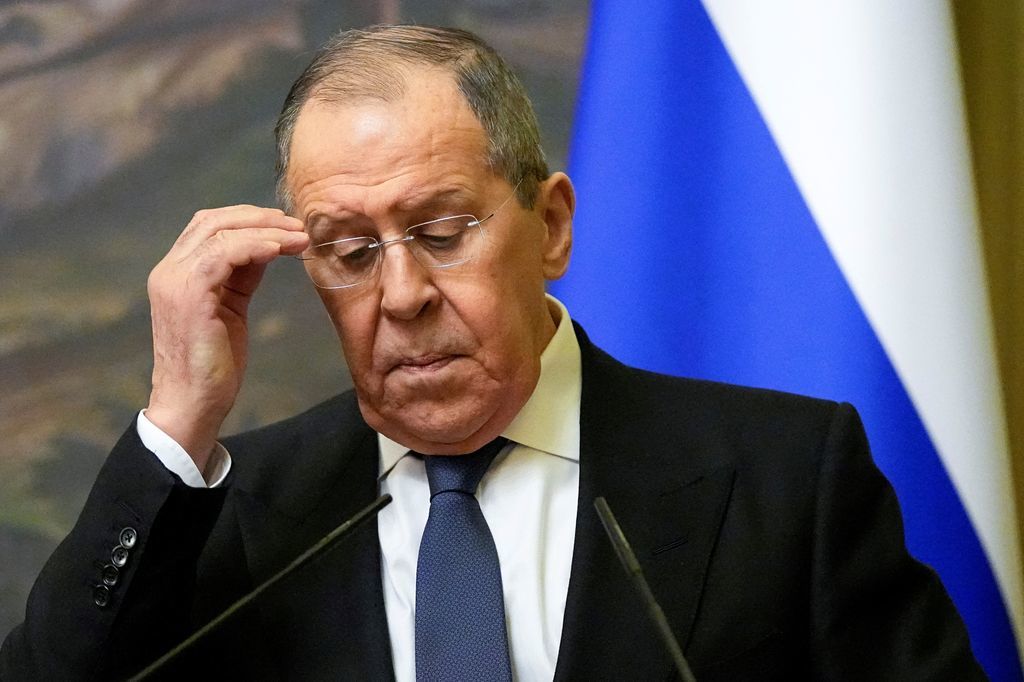 Strikingly, Downing Street has felt obliged to distance itself from Truss’ more outspoken remarks or reported views on three separate occasions over recent months: when she advocated Britons going to fight as mercenaries in Ukraine; her proposal of compensation for countries with a heavy reliance on fossil fuels; and her apparent concern that France and Germany could go easy on Russia in negotiations.

In this sense, she appears to offer continuity with Johnson not just in her posture, but in her refusal to doggedly follow the official Whitehall line.

Furthermore, as with Johnson, critics doubt she has the grasp on detail to truly succeed on the world stage. An FCDO official cited Truss’ much commented-upon error in her meeting with Lavrov, when she seemed unaware that the Rostov and Voronezh regions were parts of Russia.

Indeed, many of the foreign policy specialists inside the Conservative Party look at both options before them and despair.

One senior Tory said that when it came to choosing a heavyweight on the world stage, “the reality is that the choice isn’t there. She’s trying to impress, but she doesn’t understand the detail. He’s trying to keep the economy going, and doesn’t want the trouble.”