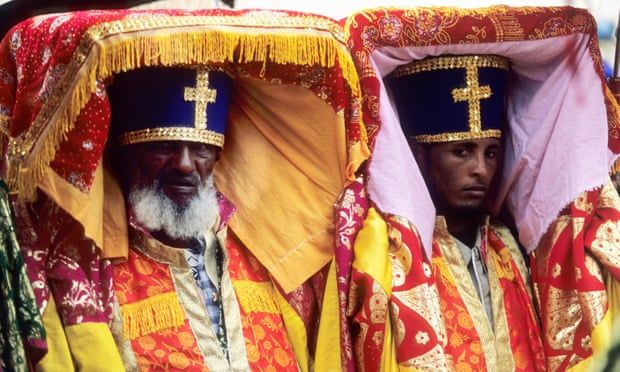 They are hidden religious treasures that have been in the British Museum’s stores for more than 150 years, never on public display – with members of the public strictly forbidden from seeing them.

Now hopes have been raised that Ethiopian tabots, looted by the British after the battle of Maqdala in 1868, could finally be returned home following a new legal opinion and an appeal backed by Stephen Fry, the author Lemn Sissay and the former archbishop of Canterbury George Carey.

The wood and stone tabots are altar tablets, considered by the Ethiopian Orthodox Church as the dwelling place of God on Earth and the representation of the Ark of the Covenant. They have, everyone agrees, huge spiritual and religious value for the people of Ethiopia.

A letter has been sent to British Museum trustees signed by supporters including Fry, Sissay, the actor Rupert Everett and the former British ambassador to Ethiopia Sir Harold Walker. It says the museum has acknowledged the sanctity of the tabots and has never put them on display, allowed them to be studied, copied or photographed. “Instead, they sit in the vaults, where they remain over 150 years later, unknown to the vast majority of people of this country.”

It continues: “We believe that today the British Museum has a unique opportunity to build a lasting and meaningful bridge of friendship between Britain and Ethiopia by handing the tabots back to the Ethiopian Orthodox Church.”

A number of attempts have been made by Ethiopia to get the tabots returned but the museum argues it is forbidden by the British Museum Act of 1963 to restitute objects in its collection.

Campaigners sought a new legal opinion that proves, they say, that the tabots can be legally returned.

The opinion, seen by the Guardian, has been drawn up Samantha Knights QC and was commissioned by the Scheherazade Foundation. It points out that the 1963 act has a provision that allows disposal of objects “unfit to be retained” and that can be disposed “without detriment to the interests of students”.

It argues the tabots fall within this category, that they have “no apparent use or relevance to the museum”.

The website has no image of them and only the briefest of descriptions. “As such they are currently and apparently always have been in effect treated very differently to the rest of the collection and could be properly said to be ‘unfit to be retained’.”

On the question of detriment to students, no student is permitted to study them, the document says.

Eleven tabots are in the museum collection; nine can be directly linked to British looting after the Battle of Maqdala in 1868, an event that came about after the Emperor Tewodros II had taken British hostages. More than 500 Ethiopian soldiers were killed and the emperor killed himself rather than be taken prisoner.

Hundreds of objects were subsequently plundered. They are in a number of collections. The V&A, which has Maqdala treasures including a gold crown and a royal wedding dress, has floated the idea of a long-term loan.

The British Museum said in a statement: “These documents need to be reviewed and addressed with full consideration, and more time is required before this can be looked at by trustees.”
Add Comment