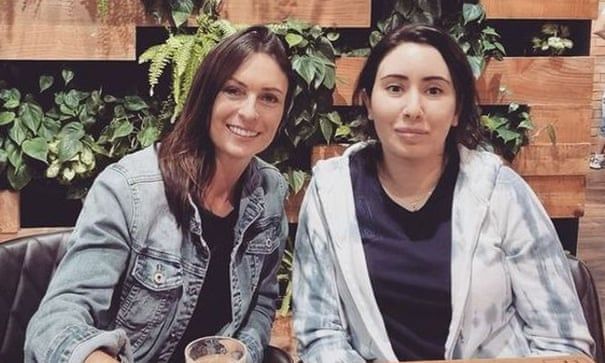 UK urged to intervene after another photo of Princess Latifa emerges

The UK government has been urged to intervene to find out whether the Emirati royal Princess Latifa has been genuinely freed from house arrest by her father, after a third Instagram photo appeared in as many days purporting to show her in a Dubai shopping mall.

The latest photo showed Sheikha Latifa bint Mohammed bin Rashid al-Maktoum, a daughter of the ruler of Dubai, looking at the camera blankly next to a clairvoyant at a coffee table.

“British ministers must stop dragging their feet over Princess Latifa and demand proper proof of her life and her freedom,” said the former Foreign Office minister Peter Hain. “These photos are very far from that. Why is she not allowed to speak directly to journalists for instance?”

Lord Hain is one of a number of peers who have been pressing the UK to take a more interventionist role to defend Latifa’s right to freedom, including by potentially seizing the assets of her father, Sheikh Mohammed bin Rashid al-Maktoum. He is the vice-president and prime minister of the United Arab Emirates, of which Dubai is one of the seven emirates.

The sheikh is often described as close to Queen Elizabeth owing to their shared interest in horseracing. The UAE and the UK have close security, trade and political ties, and the Foreign Office has been reluctant to raise issues of human rights in public.

Latifa, 35, has not been seen in public since a failed attempt to flee Dubai in March 2018.

On Saturday, a photo was posted on an Instagram account apparently showing the royal and a friend, Sioned Taylor, on the terrace of an Italian restaurant called Bice Mara, with Dubai’s glittering skyline in the background. The caption reads: “Lovely food at Bice Mare with Latifa earlier.” 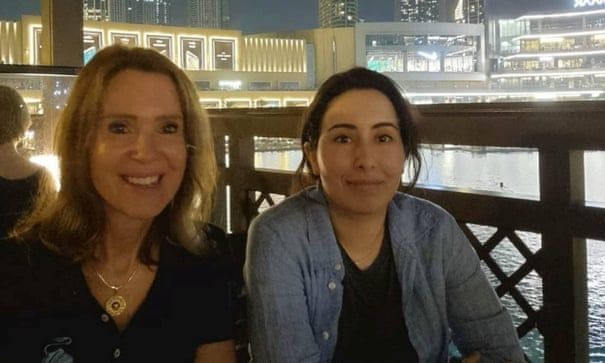 Earlier last week another picture was posted on the same account, apparently showing the princess sitting at the Mall of the Emirates (MoE) in Dubai, along with Taylor and another woman. The caption read: “Lovely evening at MoE with friends.”

Both photos appeared on the account of Taylor, a Royal Navy veteran, teacher and former court employee.

The third photo included a smiling companion called Fiona Day, who describes herself online as a compassionate intuitive consultant and a psychic medium. 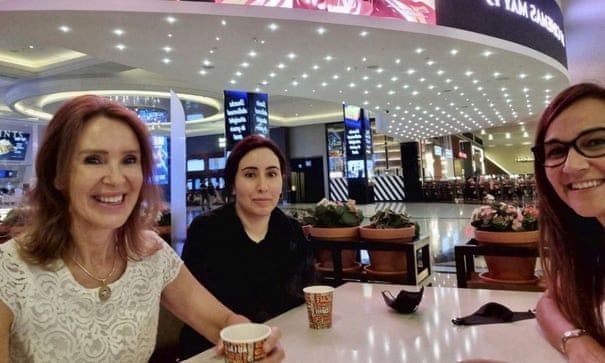 It may be that the three Instagram posts are part of a gradual process that will lead to Latifa’s full release from detention, or alternatively a PR stunt designed to convince the public her freedom has been at least partially restored.

The UAE ruler is facing a potential civil court action over the princess’s detention, and it is likely that permission to publish the photos was sought.

The UN human rights office has been seeking proof of life from the UAE rulers since February, when Latifa smuggled out a video message saying she was being detained under house arrest in a “villa prison” by her father as a punishment for a previous attempt to escape.

In a statement, David Haigh, a co-founder of the Free Latifa campaign group, said: “We confirm that there have been several potentially significant and positive developments in the campaign. We do not intend to comment further at this stage, a further statement will be issued at the appropriate time.”
Advertisement

After the BBC aired Latifa’s video in February, the UAE’s embassy in London issued a statement saying she was being cared for at home by her family and medical professionals and would return to “public life at the appropriate time”.

On 20 April, the UN described that response as insufficient and said concrete proof of her wellbeing was needed.

Latifa came to international attention in 2018 when a human rights group released a video made by her in which she described her attempt to escape Dubai. She was captured off the coast of India by special forces and taken back to Dubai.

In March 2020, a London high court judge, Sir Andrew McFarlane, the president of the family division of the high court, said he accepted as proven a series of allegations made by Princess Haya, the former wife of Sheikh Mohammed bin Rashid al-Maktoum, in a legal battle, including that the sheikh ordered the abduction of Latifa. The sheikh’s lawyers rejected the allegations and tried to make the judgement public.

McFarlane ruled that the sheikh had orchestrated the abduction and forced captivity of Latifa and her older sister Shamsa.

Shamsa, then 19, was kidnapped on the orders of her father after fleeing the family’s Longcross estate near Cobham, Surrey, in 2000. She was taken to her father’s 3,300-acre Dalham Hall estate in Suffolk, which includes his celebrated Godolphin racing stables, and by helicopter from the UK. She has not been seen in public since.

Ministers, such as Stephen Parkinson in March, have tried to distance themselves from the controversy, saying the “civil court proceedings were a private matter between two individuals and the UK government have no involvement in it”.

Asked about reports that Latifa was abducted in international waters with the help of Indian special forces, Lord Parkinson said no British shipping or citizens had been involved. He said the UK government had not been in touch with the UN over proof of life requests but awaited to hear the response from the UAE.

The Detained in Dubai campaign group said: “The public is split over where to praise or curse the women who are photographed with Latifa but ultimately, it shows she is out with friends, that there appears to be an intention to return Latifa to the public arena.

“Although we are pleased to see Latifa out and about, we must not forget that she was brought to the United Arab Emirates unlawfully.”