A high-tech ‘bouncy’ pavement which can charge mobile phones by turning footsteps into electricity has been revealed in a UK town.

Telford and Wrekin Council has installed the six-metre stretch of smart paving which generates energy whenever pedestrians walk or run on it.

It then powers charging points next to benches in Telford, Shropshire, where people can plug in their mobile phones.

A solar-powered screen also displays the amount of energy being generated by commuters footsteps between Telford Central train station and the town centre.

The project is part of a £4 million project by the council to invest in measures addressing climate change.

Many have welcomed the green-friendly initiative but others have branded it a waste on an ‘expensive gimmick’ during a cost-of-living crisis.

Councillor Carolyn Healy, defended the move and said it was a ‘fun’ way to show how clean electricity can be generated.

She said: ‘We appreciate there’s a lot going on in people’s lives right now, but it would be a huge step backwards if climate action drops off the radar – that’s why awareness projects like this are so valuable. 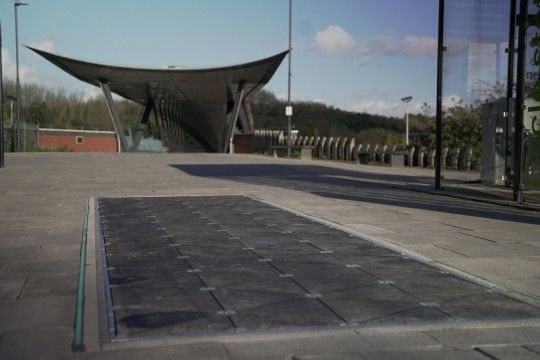 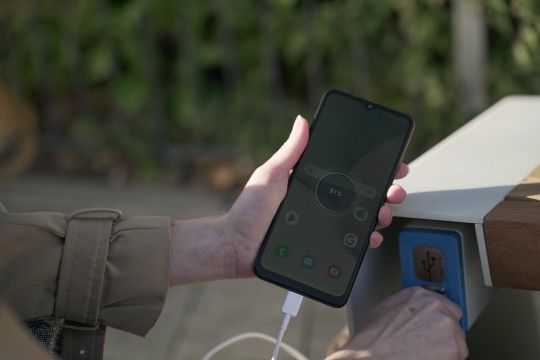 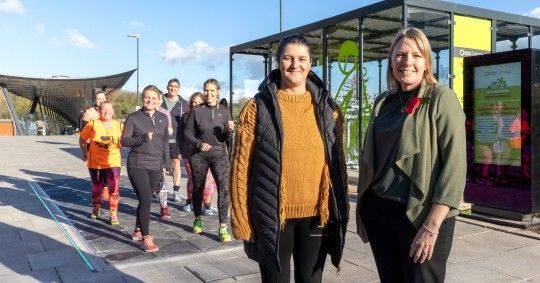 Councillors have helped support the new scheme
‘This pavement is a fun way to keep the climate conversation going and nudge people to consider how they can help make our borough become more sustainable.

‘It’s also about letting people know what we’re doing as a council to fight climate change, which we hope will inspire them to make sustainable changes in their own lives.

‘We hope this project reinforces their sense that their actions, quite literally, have the power to change the world.’

The people-powered footpath was installed in October and similar projects have been launched across the globe from Milan to Hong Kong and Dubai.

It works similar to the kinetic dancefloor pop megastars Coldplay are using for their world tour where fans’ movements help generate electricity for the concert.

The paving consists of tiles, made from rubber and stainless steel and containing an electro-magnetic generator, which can produce 2.1 watts of electricity per hour. 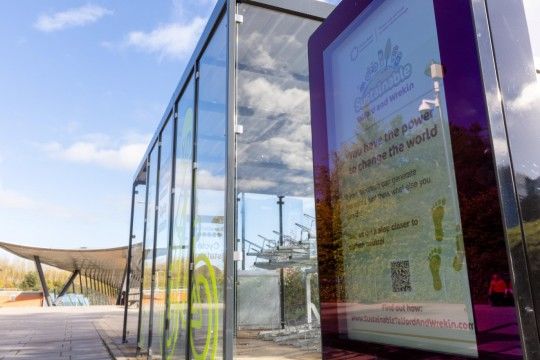 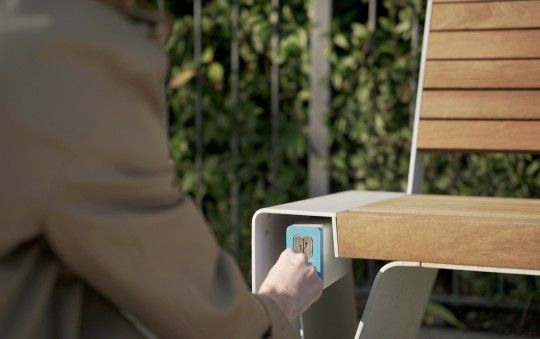 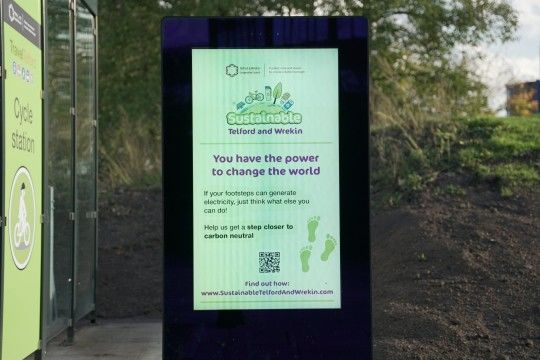 After details of the scheme were shared by the authority on social media, one person commented: ‘Bit of an expensive gimmick for me. Better things to be funding.’

Another added: ‘Nice idea for a science museum to demonstrate a principle. Not how I want a council to waste money.’

A third asked: ‘Why are people’s phone batteries your problem? How much taxpayer’s money has this cost?’

However, other people welcomed the new paving with one person: ‘What a good idea. Literally every small step can help the climate battle.’

Another put: ‘Love this idea. Just needs to be extended and implemented elsewhere now for it to have a real impact.’

Laurence Kemball-Cook, chief executive, and founder of Pavegen who installed the pavement said: ‘This installation with Telford is a great step towards making a key UK transport hub smarter and greener, whilst educating and engaging citizens with Telford’s commitment to building a better planet.

‘We have been developing this technology to allow it to withstand the harshest winters and are excited for the people of Telford to try out generating energy from themselves.’