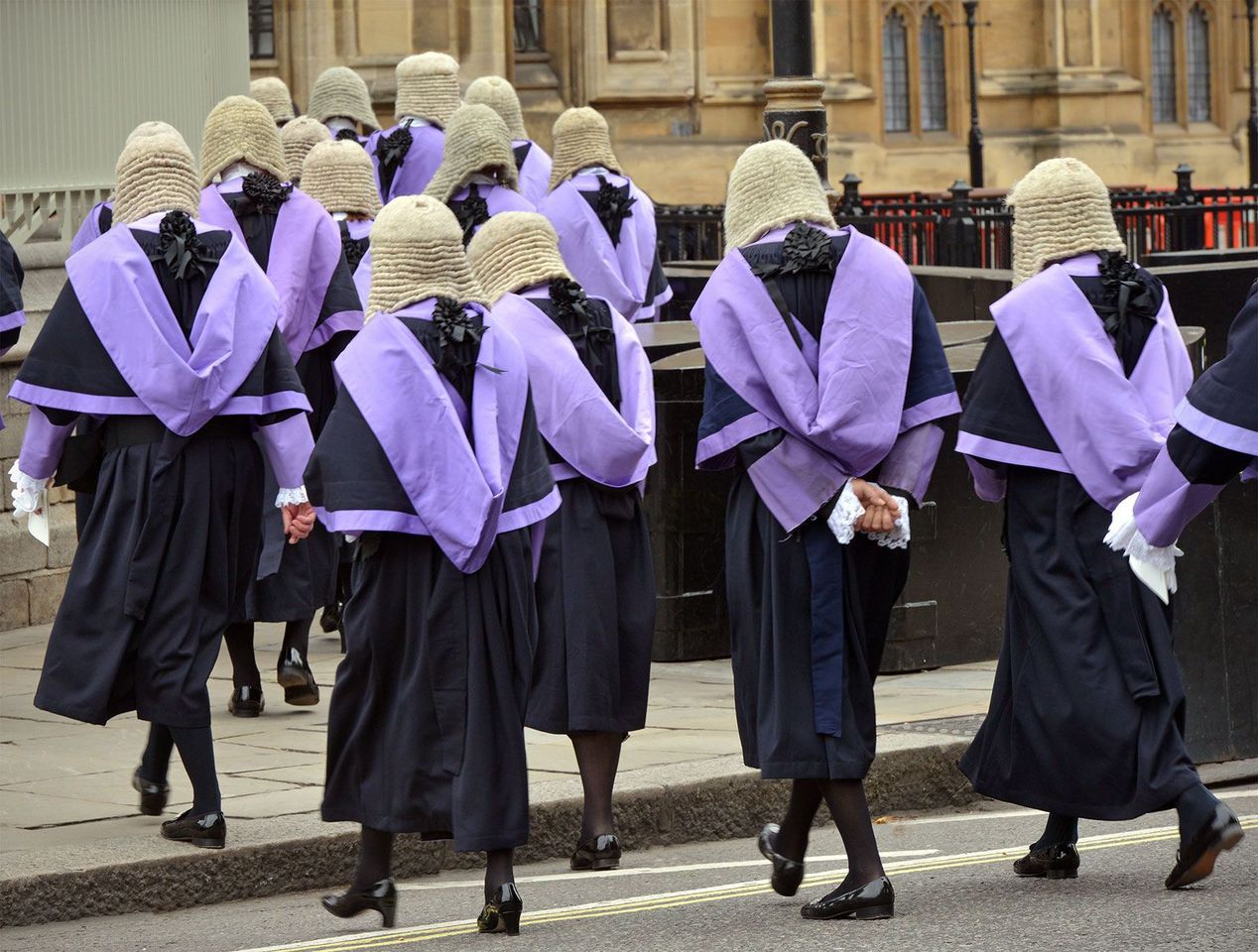 The Rule of Idiots on The Law: UK Supreme Court Rules Uber Drivers Are Workers, Not Self-Employed

The UK Supreme Court continues to prove that English Law is way out of date, and far away from the economy of the new world. What next? Should every hooker file for a divorce package from every regular customer? Is every YouTuber a Google Employee? I am not sure who are the idiots: the rulers, or the public which allows primitive wearers of dumb medieval wigs to deal with the next generation economy....

The people who seriously wear Halloween wigs for their daily work have just ruled that fewer jobless people in the UK can enjoy the future of the "gig economy":

Britain's top court on Friday ruled that ride-hailing giant Uber's drivers are entitled to workers' rights, in a judgement with huge implications for the gig economy.

The Supreme Court ruling that the drivers were employees followed a years-long legal battle with the Silicon Valley taxi and delivery company.

"This has been a gruelling four-year legal battle for our members -- but it's ended in a historic win," said Mick Rix, from the GMB trade union.

"The Supreme Court has upheld the decision of three previous courts, backing up what GMB has said all along; Uber drivers are workers and entitled to breaks, holiday pay and minimum wage," he added.

Lower courts ruled in 2016, 2017 and 2018 in favour of a group of 20 Uber drivers who argue they were entitled to employee status given the length of time they had been working through the Uber app, and the way that the company oversaw their work.

Uber insisted that the drivers were self-employed since they choose their own hours and place of work, and often find passengers through rival apps.

The complainants can now ask an employment tribunal for compensation, and it could trigger further-reaching changes affecting all ride-hailing drivers.

"GMB will now consult with our Uber driver members over their forthcoming compensation claim," said Rix.

The ruling could equally affect other online platforms behind the so-called gig economy in Britain -- people doing short-term work without formal contracts, or working without guaranteed hours.

Couriers for the Deliveroo food app are currently fighting in the Court of Appeal in London for the right to collective bargaining.

Uber claimed that it has changed the way it works since the legal action began.

Drivers can now choose when and where they drive and can also access free health insurance as well as compensation for parental leave, it said.

Ahead of the court ruling, Uber vowed to increase protection for drivers while keeping them self-employed.

He said the aim was to offer a transparent and fair pay structure, and more benefits to drivers.

Uber is calling for companies in the sector to form a joint fund that would allow drivers who work for different apps to be able to access protections and benefits such as paid holidays.

Uber plans to replicate in Europe proposals it first made in California, after a court in the US state ordered the platform to classify its tens of thousands of drivers as employees.

But voters in November then backed Proposition 22, a measure designed by Uber and other gig companies that would mean drivers remained independent contractors while receiving some benefits.

Friday's decision is not expected to affect Uber's right to operate in London, which has been subject to a separate dispute.

The platform last September regained the right in London for 18 months, after a court overruled a decision by city authorities to suspend its licence due to concerns over passenger security.