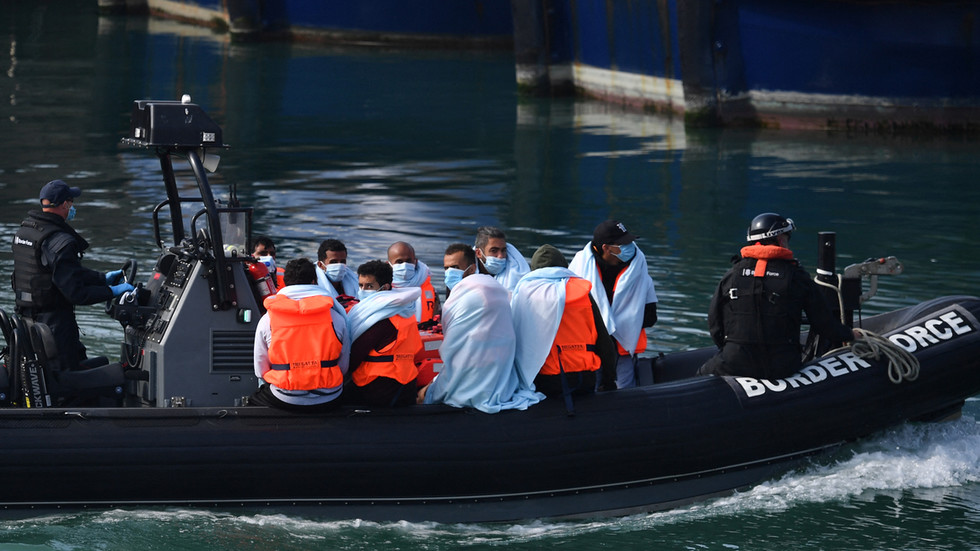 The UK government is outraged after the number of migrants illegally arriving in small boats via the English Channel hit a new daily record. Officials accused France of reneging on the deal to stop traffickers, reports say.

“The number of illegal migrants we have seen departing from France is unacceptable,” a Home Office spokesperson said in a statement to the UK media, after around 1,000 people reached British shores on Thursday, setting a new record for daily migrant crossings from France via the Channel.

The previous daily record for the number of migrants arriving in the UK by sea – 853 people – was set on November 3. Nearly all migrants who come to the UK after crossing the Channel by boat apply for asylum.

The Home Office spokesperson said the UK public “have had enough” of seeing migrants die during their “lethal journey” in small, overcrowded boats, and the human traffickers profiting from their misery.

The Times quoted a UK government source that accused the French government of having “failed in their duty to protect life and to uphold the joint agreement to stop small boats leaving France”.

“They appear to have ceded sovereign territory to criminal people smugglers,” the source said, adding that Home Secretary Priti Patel would be raising the matter with her French counterpart, Gerald Darmanin, “in the strongest possible terms.”

The BBC cited another Whitehall source that similarly accused France of losing control of the flow of illegal migrants across its border.

Patel has previously claimed that most of the boat migrants were “not genuine asylum seekers”, and struck a deal with France in 2020 to curb illegal crossings of the Channel. However, the arrangement has failed to stop the more than 23,000 people who have made their way to the UK from France by boat so far this year – a rise of 8,400 on last year’s total.

Last month, Darmanin complained that the UK “has not paid one penny” of the £54 million ($72 million) Patel had promised France as part of the deal to combat the crossings.

Patel said in September the UK could withhold the fund if France fails to stem the flow of migrant across the Channel.
#priti patel
Add Comment