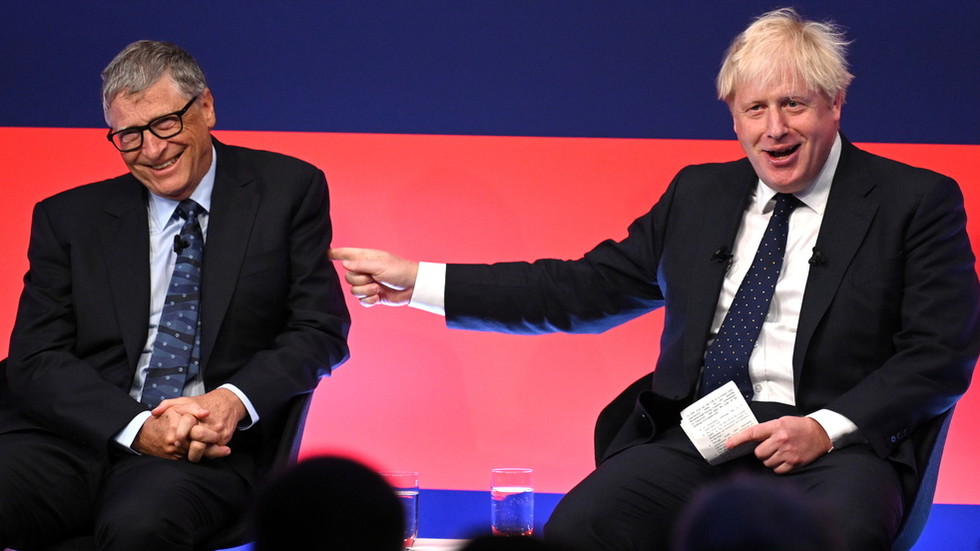 “We will only achieve our ambitious climate goals if we rapidly scale up new technologies in areas like green hydrogen and sustainable aviation fuels – technologies that seemed impossible just a few years ago,” the British PM gushed on Tuesday during a speech at a Global Investment Summit in London’s Science Museum ahead of the COP26 climate conference.

Alongside billionaire philanthropist Gates, the PM outlined a plan to deploy £400 million in investments in new green technologies, heralding the Microsoft founder’s cash as the key element in a development program that would otherwise be commercially unfeasible and thus too expensive for the government to undertake alone.

London has already pledged at least £200 million to developing new green technologies, while Microsoft founder Gates promised on Tuesday to match 10 Downing’s commitment with another £200 million via Breakthrough. The software tycoon had previously organized the group of investors to marshal large sums of money into ‘green’ projects.

Promising to scale up environmentally friendly projects and “bring down that cost,” Gates predicted his assistance could “get these [new green energy projects] to the same place we are today with solar and onshore wind, and so they can be scaled up to reduce emissions.”

“Our partnership with the UK will accelerate the deployment of these critical climate solutions, helping to make them more affordable and accessible,” Gates added, explaining that to reach net zero, the cost of “clean technologies” had to be brought down to a point where it could compete with less-green types of energy currently in use.

Johnson made much of the well-heeled crowd soon to be his guests at climate conference COP26, which starts in Glasgow on October 31, noting that altogether, the 200 attendees had a whopping $24 trillion in assets under management.

“We should be using this moment, collectively as governments, to leverage in the trillions of the market, creating the country platforms that will not only tackle climate change but deliver green jobs and green growth around the world.”

After chiding his fellow governments for not embracing the private sector enough in the race to commercialize green tech, the PM dispensed with the pretext of addressing his guests’ human plus-ones entirely, speaking directly to the cash in their pockets.

"I want to say to each and every one of those dollars, you are very welcome to the UK and you have come to the right place at the right time."