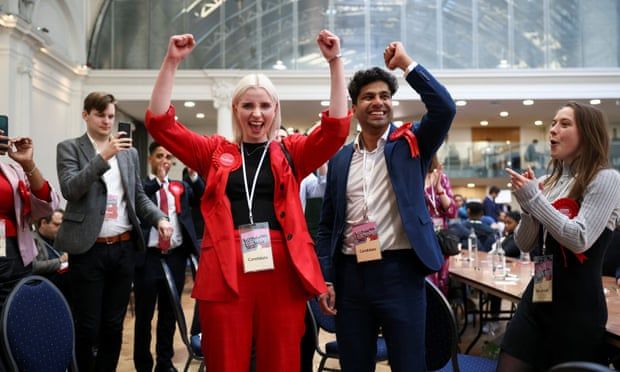 UK local elections: how London turned from blue to red

Even the wealthiest enclaves of the capital turned against the Tories last week. What has made the city a Labour redoubt – and is its dominance more of a menace than a boon?

The most expensive property on the Monopoly board is Mayfair, which also happens to be the most exclusive expanse of real estate in real-life London. Flush with private equity firms, eye-wateringly expensive restaurants and luxury car showrooms, it voted Labour in last week’s local elections and helped swing Westminster council away from the Tories for the first time since the Beatles were in the charts with Can’t Buy Me Love.

Recent years have seen working-class strongholds in the north of England turning Tory, and now you have the even odder spectacle of the super-rich in London voting Labour. That says something about Labour’s success in the capital but it also suggests that there is a growing divide between London and the rest of the country, where the party’s performance was decidedly less impressive.

Of course, most of London is not super-rich. Indeed, there are many deep pockets of poverty in the capital, but they tend to be multi-ethnic and multicultural, and they too vote Labour. Nevertheless, the overall story of London in the past 40 years is one of economic growth that has propelled the capital away from the day-to-day experience of large parts of the nation.

Caroline Knowles, a professor of sociology at Goldsmiths University, has written a book on plutocratic London called Serious Money. “There is undoubtedly a concentration of wealth in London,” she says. “A while back some of my colleagues made a diagram we called the Fat Bottom Diagram. It depicts wealth in the UK, and the south-east has this huge bulge.” 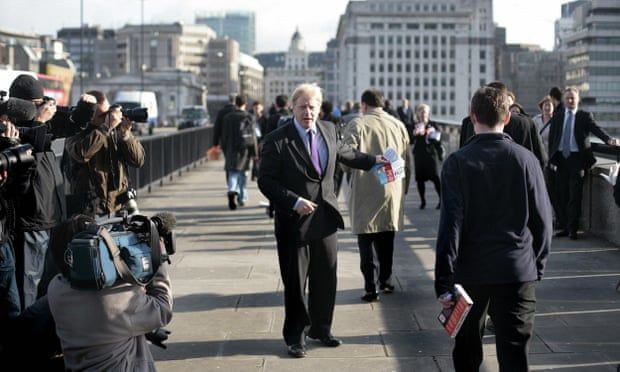 In a crude sense, the political map of the UK has traditionally followed the distribution of wealth, with Labour doing well in poor areas, and Conservatives laying claim to richer constituencies. There have always been exceptions to the rule, but London as a whole now seems intent on demonstrating its exceptionalism.

In the past, Labour’s wealthier supporters derived largely from the progressive middle-classes, that urban tribe that runs from social work through teaching to the creative industries and the law. The cliche of the metropolitan liberal elite is rooted in north London neighbourhoods like Hampstead and Islington, the natural habitat of the bien pensant professional.

Although they are only a few miles away, they are a world apart from the suburban redoubt of Barnet, a Conservative stronghold that Labour had never won before Thursday. Equally, Wandsworth council had been staunchly Conservative since before Margaret Thatcher came to power. The Tories claimed a surprise victory in Harrow.

Psephologists will be busy explaining these apparent anomalies, but whatever the local causes they form part of a global story. As the cultural commentator and co-author of The War Against the BBC, Peter York says: “People in large significant cities are more likely to vote liberal-left, and people in smaller towns or rural communities are more likely to vote conservative. That’s a rule right across America and Europe, and London is particularly subject to it because it is a supercity, a world city, the only world city in this country and really the only world city in Europe.” 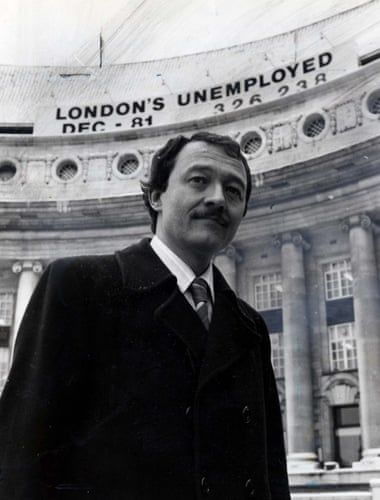 Ken Livingstone is elected leader of the Greater London Council in 1981.

The question is whether the gravitational force of London’s size and prominence distorts the rest of country, putting its nose figuratively out of joint, or instead sets a path for it to follow. Is it a benign liberal influence or a self-obsessed bubble that antagonises everywhere else that isn’t London?

York suspects that it’s a mixture of push and pull, but he believes that London is “completely out of whack with the rest of the country”. If that is an unhealthy position for a capital at the best of times, it’s even more troubling when there is a post-Brexit culture and identity war raging. The image that London is able to project, or has projected upon it, is itself a battlefront in the argument between populists and progressives.

Take, for example, the collapse of what we might call the “Mayfair blue wall”. What does that signify? And how is it viewed outside the metropolis? The idea of hedge fund managers voting Labour – and York doubts that they did in any numbers – could well trigger provincial suspicions about the extent to which the party represents ordinary working people.

Alternatively, it will give Conservatives pause for thought that a sector of society that has most benefited from Conservative rule – super-rich cosmopolitans – appears to have registered a protest against Boris Johnson’s party. 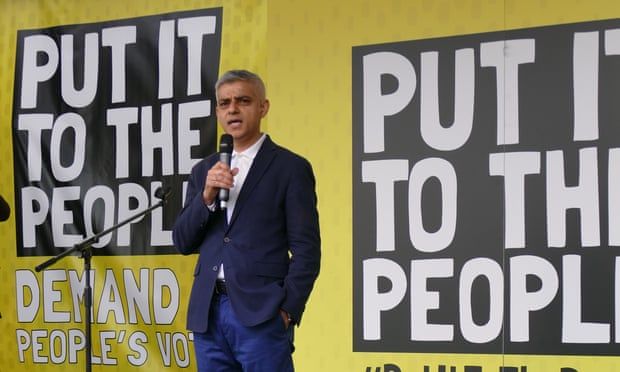 Sadiq Khan addresses an anti-Brexit rally after his election as London mayor in 2016.

“I think that the really wealthy don’t like this particular brand of conservativism practised by the Conservative government,” says Knowles. “It’s narrow, misogynistic, nationalistic and inward-looking. And it’s anti-Europe.”

Although it’s not unique to London, Brexit and its aftermath continue to reverberate in the capital. There is a kind of cultural hangover rather than any meaningful political resistance, a deep-lying frustration at how Middle England has turned its back on Europe, leaving London cut off from the continent over which it increasingly viewed itself as the unofficial capital.

Monique Roffey, the Trinidadian-born novelist who won the Costa book of the year award last year for The Mermaid of Black Conch, says most of the young Londoners she meets remain angry at the older generation, in particular the older generation from outside London.

“They’ve de-Europeanised them,” she says, and the resentment at that altered status has not gone away.

It’s hard to imagine that these are the issues being urgently aired in the cafes of South Audley Street, but it may be that Mayfair is less different to the rest of London than London is to the rest of the country, at least in terms of cultural identity.

“The fact is London isn’t like anywhere else in the country,” says Knowles. “It’s like central Paris or Manhattan. They’re sort of islands that have more to do with each other than they have with the rest of their national hinterlands.” 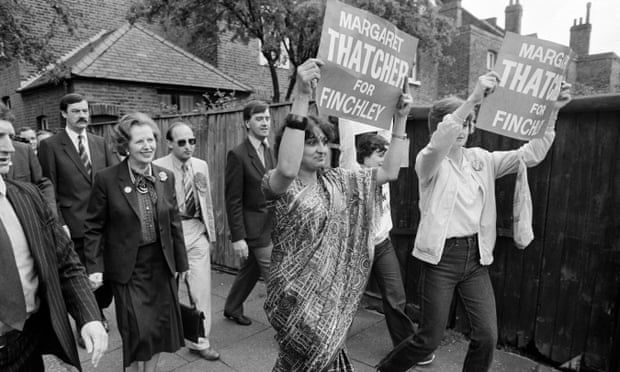 She believes that it has been a grave political mistake to allow this divide to grow. “The whole idea of levelling up, which doesn’t really work at all, has been a kind of grudging acknowledgment of that,” she says.

London has long dwarfed other British cities, more so than any other European capital in relation to its provinces. Its disproportionate size has created a distinct political and cultural microclimate that has been intensified by the prevailing winds of globalism. London is not just a major city but a global one containing communities with origins in all corners of the planet.

Today 40% of Londoners identify as non-white. The city’s once renowned regional accent or dialect, Cockney has all but disappeared, to be replaced by a hybrid sociolect known as multicultural London English. It’s as if a commitment to diversity and inclusivity has become encoded in the very language of the street.

“It’s definitely more multicultural and tolerant,” says Roffey. “That’s why I’ve felt at home here as someone who’s bi-cultural. You can blend in. London is somewhere that’s dealt with and coped with immigration, absorption, riots, and more riots.”

London, yes, but Barnet? It’s hardly the frontline. Say the name to most Londoners and it will conjure visions of a leafy comfort zone safely removed from the turmoil of the inner city melting pot. The reality is rather more complex. For a start, black, Asian and other minority ethnic groups make up 48% of the population. These are communities – aspiring middle-class immigrants and their descendants – to which the Tories have successfully laid claim in the past by emphasising their commitment to entrepreneurialism and laissez faire community politics.

When he was mayor of London, Johnson had the political knack of appealing to many different ethnic groups, playing up his cosmopolitan credentials, but his government’s mood music has taken a discordant turn towards a more defensive and less open notion of Britain.

That Labour can make inroads in places like Barnet suggests that the culture war which Johnson has been happy to tactically stoke has blown back in his face, at least in London. However, given the rocketing cost of living and the general sense of doom about events in the country, that may have paid dividends in limiting Conservative losses elsewhere.

The problem is that there are two different national conversations going on – one within London and a few other urban centres and the other everywhere else – that never seem to interact. This kind of silo existence is familiar on social media, which encourages tribal thinking, but it’s also becoming a more firmly established geographical phenomenon.

For York, so many of the exchanges that take place as part of this cultural skirmish are based on a false narrative.

In any case, he argues, this tension between capital and provinces is an old story.

“Someone said that all those novels and plays of the 1950s really boil down to people getting on a train at a provincial railways station and going to London,” he says. “It’s a cultural, aspirational history of Britain. It oughtn’t to be but that’s how it is.”

Perhaps, but in political terms it’s the party that can ensure that it’s not a one-way journey that will prevail. Just as Labour has to work out how to speak to its urban supporters and its traditional constituency in a language that makes sense to both, so too do the Tories.

It’s all very well bad-mouthing the metropolitan liberal elite or the inward-looking provinces but that’s not a recipe for winning round those communities.

Although economic levelling up is the obvious long-term answer, that seems to be a commitment that is stalled in the rhetorical phase, forever postponed by the worsening economic forecast.

In the meantime, London and Not-London have to make the effort to understand each other, appreciate their respective strengths and weaknesses, and stop thinking of the other as the root of the nation’s problems.