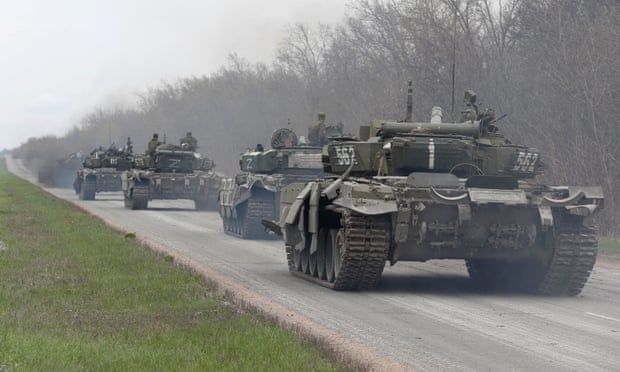 Ministers are to investigate whether British-made components identified as being used in Russian weapons systems are being deployed in Ukraine.

A report by the Royal United Services Institute (Rusi) said that research conducted by the Ukrainian armed forces of Russian weapons systems recovered from the battlefield showed a “consistent pattern” of dependence on foreign-made components, in some cases British.

An example it cited was the use of UK-manufactured high-frequency transistors in the Borisoglebsk-2 jamming system.

The UK introduced an arms embargo against Russia in 2014 after its illegal annexation of Crimea – although there were reports that some export licences were still being issued – and banned the direct export to Russia of dual-use components, which have a civilian or military use, at the beginning of March after the invasion of Ukraine.

The Rusi report did not say when the components in question were likely to have been exported and there was no suggestion of wrongdoing by the manufacturers, but it raised concerns that parts made in the UK could still find their way to Russia. It said that western economic sanctions meant Moscow would become increasingly reliant on component-smuggling to ensure its jets, missiles and other hi-tech munitions can function.

The Daily Telegraph reported that a Whitehall inquiry would be launched to look into UK components being used in Russian weapons systems.

A government spokesperson said: “We have introduced the largest and most severe economic sanctions that Russia has ever faced, to help cripple Putin’s war machine, including by sanctioning key defence sector organisations, and banning the export of critical technologies.

“The UK has one of the most robust and transparent export-control regimes in the world. We take all credible allegations of breaches of export control seriously and we will take further action if appropriate.”

Boris Johnson was in India when the report was published, announcing that the government would ease arms-exporting licensing arrangements with New Delhi by issuing an open general export licence to India.

Jack Watling and Nick Reynolds, the authors of the Rusi report, warned that Russia “has established mechanisms for laundering these items through third countries”, and they argued that India should be subject to specific restrictions. In response, the prime minister said he would close loopholes to ensure UK exports to India could not end up being used in Russian weapons.

The report said: “Although Russian weapons are full of western-manufactured components, it is not clear that the companies manufacturing them knew that the Russian military was the end-user. Many components are dual-use technologies.

“Meanwhile, Russia has established mechanisms for laundering these items through third countries. Restricting access, therefore, likely means preventing export to countries such as India of goods that are in some instances used for civilian purposes.”

They added: “Moreover, there are myriad companies based around the world, including in the Czech Republic, Serbia, Armenia, Kazakhstan, Turkey, India and China who will take considerable risks to meet Russian supply requirements.”

India has abstained from successive United Nations motions condemning Russia, and continues to buy Moscow’s oil, while, following a meeting with the Indian prime minister, Narendra Modi, the Russian foreign minister, Sergei Lavrov, insisted that the two countries would continue to find ways to trade.