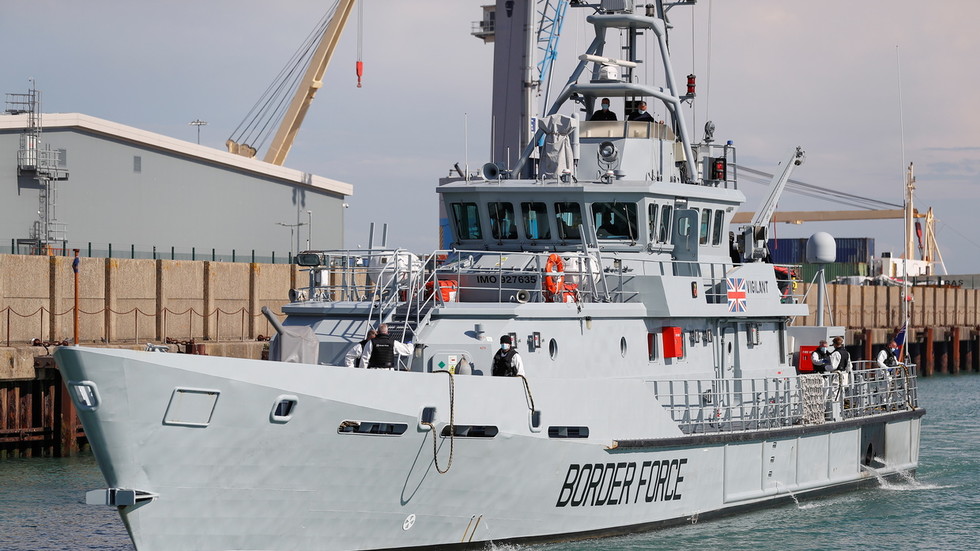 The UK home secretary has come under fire after it was reported that she is seeking to grant immunity to Border Force staff who “push back” migrant boats in the English Channel as part of a government plan to stem migratory flows.

Home Secretary Priti Patel wants to bring in new measures to ensure Border Force staff would not face prosecution in the event of illegal migrants dying, The Guardian reported on Wednesday.

The paper cited sources claiming that the protection could be implemented as part of the Nationality and Borders Bill, which is currently at committee phase. The move would support border officers in the event that the government brings forward plans to push migrant boats back from UK waters.

The provision may be called upon should a migrant drown as a result of a pushback – but whether it would stand up in court against international maritime laws remains to be seen.

Patel has faced severe criticism in recent months, including from the likes of Brexiteer Nigel Farage, due to a record rise in the number of migrants reaching British shores. More than 17,000 have reached the UK this year, over double the number of crossings in 2020.

The latest report move has done nothing for Patel’s image in the eyes of those who see her as unsympathetic and cruel when it comes to dealing with the migrant issue – a persona that was crystalised by satirical puppet show ‘Spitting Image’, in which Patel is portrayed as a vampire.

On Twitter, Patel was slammed as “Pol Pot Patel,” a reference to the Cambodian revolutionary leader whose genocidal regime instigated mass violence, killing somewhere between 1.5 and 3 million people in the 1970s.

“Pure evil. It is the most inhumane provision introduced by a U.K. government in modern history. #PolPotPatel” one person wrote, adding that those dying from the government’s potential pushback initiative could include children.

Another person asked whether the current British government had any respect for human life, while one wrote ironically: “Nice to see that crimes against humanity haven’t gone out of style in her book,” and asked whether Patel would need a visa to visit the International Criminal Court at The Hague.

One person claimed that giving state agents blanket legal immunity from prosecution would be abused. “What next? Immunity for police who kill? The historical precedents are terrifying,” they suggested.

Another simply shared a photo of Patel in a James Bond-esque image. The caption reads, “Priti Patel in Licencing to Kill.”

Green Party leader Caroline Lucas didn’t go as far to use the trending hashtag #PolPotPatel, but called the move “vile.”

There was some positive reaction to the reported plans, however, with people saying it was “about time” the government got serious about the issue. “You wanted her to be tough,” another person added.

The government has said the controversial bill aims to make the migration system fairer and deter illegal migration, with those reaching the UK facing prison time of up to four years.