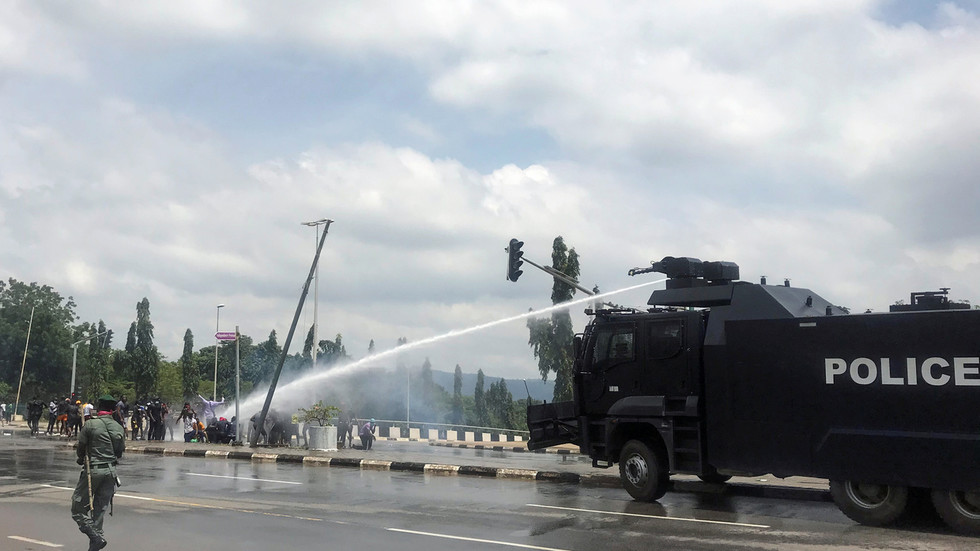 The United Kingdom has acknowledged it provided training and equipment to a now-disbanded Nigerian law enforcement unit whose alleged abuses have sparked large protests in the African nation.

An “End SARS” protest movement began in Nigeria in early October amid accusations of widespread police brutality. The unit has been accused of torture and extrajudicial killings by human rights groups. SARS was disbanded in mid-October but protesters continue to demand law enforcement reforms.

SARS officers had enrolled in a UK program “designed to improve human rights, training on public finance, and community policing workshops,” Duddridge explained in a letter to Labour MP Kate Osamor. He also disclosed the UK had gifted radio equipment to Nigeria police which was then used by SARS forces.

On 19 October the Minister for Africa @JamesDuddridge assured me that the UK Government had provided no funding to SARS units.

That wasn't true. The Minister has now confirmed that the Government has trained and supplied equipment to SARS units from 2016 to 2020. #EndSARS pic.twitter.com/uDACZ1OHXL

In a tweet, Osamor claimed she had been told by Duddridge on October 19 that the British government had never provided aid to SARS units.

This isn’t the first time that the UK has been caught providing aid to security forces that have less-than-stellar reputations. The relationship between the British Ministry of Defense and Saudi Arabia has come under increasing scrutiny in recent months.

In one instance, hundreds of Saudi troops received training at Royal Air Force (RAF) facilities, and were even drilled about how to remain “popular with the press and not allow countries/media to exploit any potential wrongdoing.” The revelation sparked fierce criticism as Riyadh faces allegations of humanitarian abuses and war crimes amid its ongoing fight against Houthi rebels in Yemen.