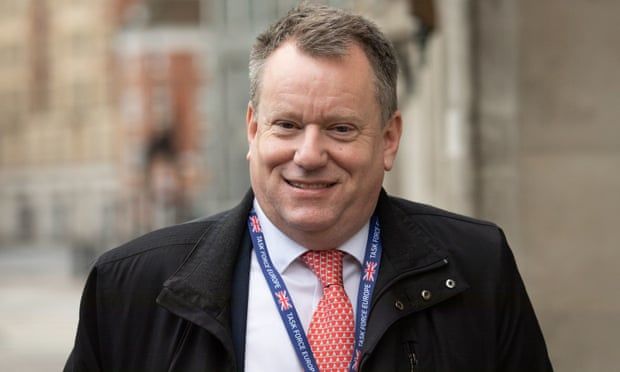 The row over Brexit and Northern Ireland has escalated after the UK government issued a new warning to the EU that it will not shy away from unilaterally suspending the Northern Ireland protocol agreed by Boris Johnson last year.

Lord Frost, the Brexit minister, told the House of Lords on Monday night that the EU should take the UK’s proposals to renegotiate part of the protocol “seriously” if it wanted to avoid the protocol collapsing.

He said his July command paper had set out the tests the UK would apply to trigger article 16 of the protocol, which allows either side to suspend the protocol if it is deemed as having a significant impact on everyday life.

“I urge the EU to take this seriously. They would be making a significant mistake if they thought that we were not ready to use article 16 safeguards, if that is our only choice to deal with the situation in front of us. If we are to avoid article 16, there must be a real negotiation between us and the EU.”

The Brexit minister was speaking just days after his Brussels counterpart, Maroš Šefčovič, the joint head of the EU-UK partnership council, told the Democratic Unionist party (DUP) to “dial down the rhetoric” after it threatened to collapse Stormont over the protocol.

After a two-day visit to Northern Ireland, the European Commission vice-president said that a renegotiation of the protocol would merely lead to more instability for businesses and communities.

Frost’s remarks show how badly Šefčovič’s comments were received in Downing Street, and suggest the gulf in thinking between the EU and the UK is widening.

“I was concerned by some of the comments we have heard from commission representatives in recent days which seem to suggest they may be considering this way forward [the take it or leave it approach],” said Frost.

“If so, then with as much seriousness as I can, my Lords, I urge them to think again and consider instead working to reach genuine agreement with us so that we can put in place something that can last. Those negotiations need to begin seriously and they need to begin soon.”

Last week the DUP, which is fighting to hold on to its voter base locally, issued an ultimatum to the EU, saying that it would walk out of the Stormont assembly if there was not a serious rethink on the protocol within weeks.

Days before, the UK announced it was unilaterally extending a grace period for checks on chilled meats including sausages.

Šefčovič told reporters on Friday that the EU had responded calmly and had opted not to launch legal action in order to create space for dialogue.
#boris johnson  #johnson
Add Comment