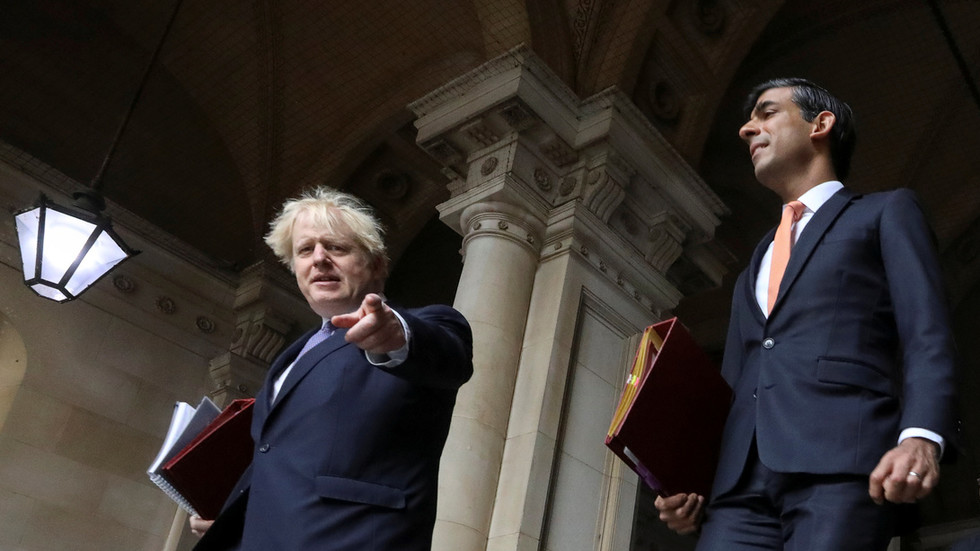 UK finance minister promises ‘opportunities’ for unemployed as his scheme may save ‘only 230,000 jobs’

Chancellor Rishi Sunak envisages new opportunities for British people who lose their jobs, as new data shows a sharp fall in employment and a record rise in redundancies in August.

For the unemployed, there will be “new opportunities through apprenticeships, traineeships and our two billion pound Kickstart scheme, and extra work search support,” the finance minister said on Tuesday, as the aim is to “ensure nobody is left without hope.”

"I’ve been honest with people from the start that we would unfortunately not be able to save every job. But these aren’t just statistics, they are people’s lives."

The new tiered system of restrictions imposed by the UK government on Monday may hit the hospitality industry hardest of all.

Sunak already announced an extension to the job retention scheme on October 9 to support employers over the winter. The government will pay 67 percent of employees’ wages for businesses that are legally required to close. Employers will not be required to contribute any wages, but they will have to pay national insurance and pension contributions.

The number of unemployed rose by the most since the global financial crisis in 2009, according to the Office for National Statistics. Redundancies jumped by a record 114,000 on the quarter to 227,000, also the highest level since 2009.

Analysts warn that many firms that won’t be required to close might also be affected by local lockdown restrictions.

The Institute for Public Policy Research (IPPR), a think tank, estimates the new scheme would only protect some 230,000 jobs, while about two million viable jobs could be put at risk when the current program closes at the end of the month.

“A far larger number of people are being abandoned by the government [because of] the flawed design of the job support scheme,” said Clare McNeil, associate director of the IPPR.

“We estimate that only one in 10 workers in viable jobs will be supported by this scheme.”

A part-time work subsidy is needed that avoids mass redundancies while allowing more employees to keep their jobs on fewer hours, according to McNeil.