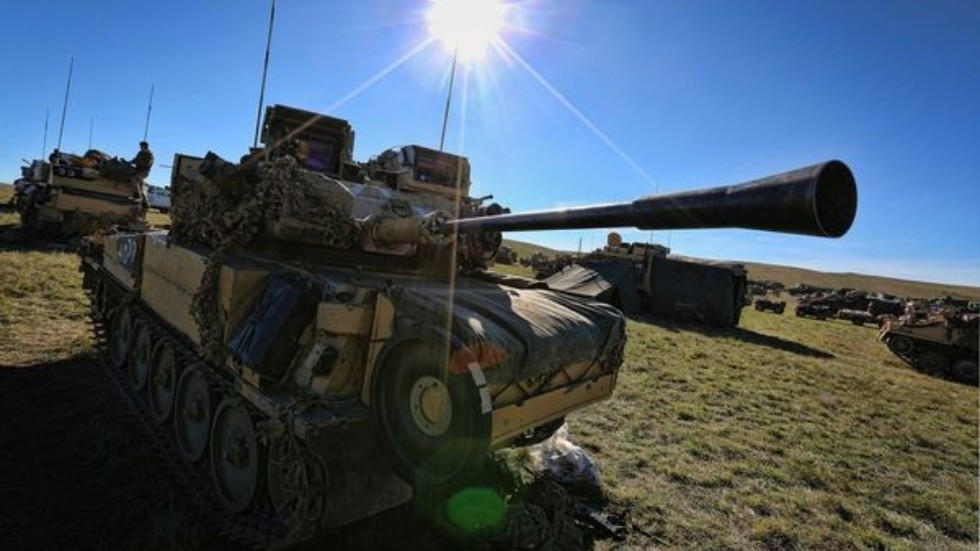 Media claimed that London wants to close its largest tank training site and move the troops to the Middle East, so the British Army can keep Iran in check.

The UK will abandon the British Army Training Unit Suffield (BATUS) in Alberta, western Canada, which has been in use since 1972, the Telegraph reported, citing defense sources.

The 2,700 square-kilometre base hosts 400 permanent staff and 1,000 temporarily deployed service members, and is equipped with more than 1,000 vehicles, including Challenger 2 tanks and Warrior armoured vehicles, according to the Ministry of Defence.

The Telegraph quoted sources as saying that London plans to open a new training ground near the port of Duqm in the Omani desert, where a UK airbase is located, to position forces “closer and more visibly to partner nations, such as Ukraine and Bahrain, and potential adversaries, such as Iran.” The change will effectively mean the closure of BATUS, the paper said.

“If you only have 148 tanks and 22 of them are stuck in Canada, that’s 22 tanks that are not at readiness and not available to do anything operational,” the source said, adding that the UK military will have “a more operational and deterrent effect,” when training in Duqm or Poland.

The Ministry of Defence rejected the report of plans to close BATUS, saying that it will continue to serve as “a vital” training site for the British Army. In a statement to the Telegraph, a spokesperson for the ministry said the base would not close before 2023, as big tank exercises were already planned over the next two years.
Add Comment