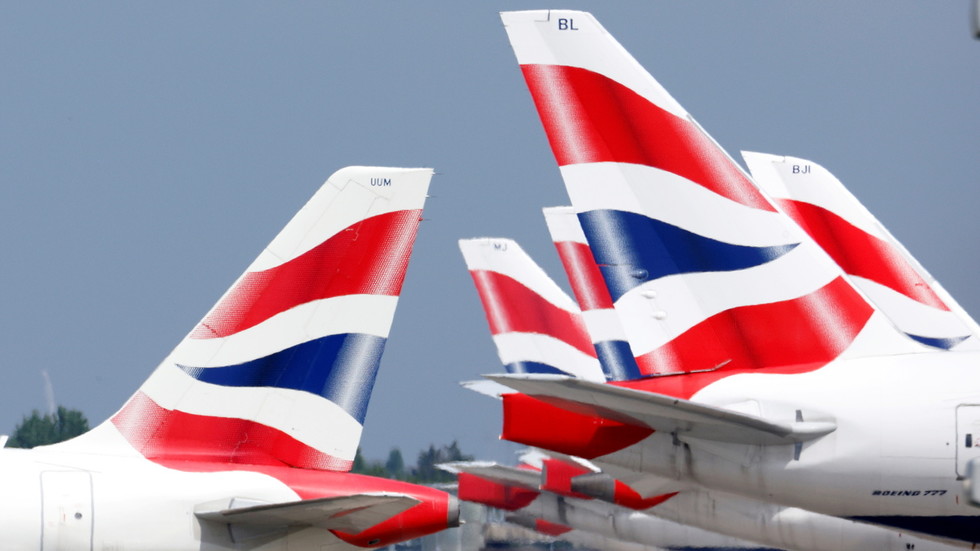 The British government failed to tip British Airways about the ongoing Iraqi invasion of Kuwait, leading to one of its planes falling into a trap. The Foreign Office has been deceiving the public about it for three decades.

A call made at night by the British ambassador to Kuwait, in which he informed London about the August 1990 attack by Saddam Hussein’s troops, was confirmed on Tuesday by Foreign Secretary Liz Truss. Previously, the Foreign and Commonwealth Office (FCO) insisted that the envoy, Sir Michael Weston, and the government were unaware of the invasion on the night it happened.

British Airways flight 149 was scheduled to go from London to Kuala Lumpur, with a stop in Kuwait’s Madras International Airport. Less than an hour after landing there, the airport was closed, and the crew and over 300 passengers were captured by Iraqi troops. Many of them were held hostage for up to five months, some facing mistreatment and abuse by their captors.

On the night of the invasion, the British ambassador made a phone call to report that Iraqi troops had crossed the Kuwaiti border. The information was relayed to various branches of the government, but not to the airline, which had no reason to believe that landing in Kuwait could be dangerous. The plane touched down more than an hour after the ambassador delivered his report.

Documents pertaining to the call were released on Tuesday by the National Archives as part of the British policy of publishing older government documents. While they confirm the effort by the government to suppress the call’s existence, they shed no light on a theory that the flight was involved in a British intelligence operation.

BA flight 149 took off from Heathrow two hours late. Some members of the crew said they saw a group of around 10 people escorted by someone in a military uniform onto the plane. There has long been speculation that the plane carried British military spotters to Kuwait in expectation of the invasion.

In a written statement to Parliament, Secretary Truss reiterated that the delayed take-off was due to technical problems, and pointed out that the documents released were consistent with assurances made to Parliament in 2007, that “the Government at the time did not attempt in any way to exploit the flight by any means whatever.”

The failure to inform British Airways was due to the lack of information about the scale of the Iraqi invasion, and the lack of a formal mechanism for sharing the information, an oversight that has since been fixed, Truss said. She called the government’s obfuscation about the ambassador’s call until now “unacceptable,” and apologised to the lawmaker for it. “I express my deepest sympathy to those who were detained and mistreated,” she wrote.

She also said the sole responsibility for the hostage crisis remains with Saddam Hussein’s government, seemingly indicating that the newly released documents are not an admission of liability for the purpose of potential lawsuits.
Add Comment