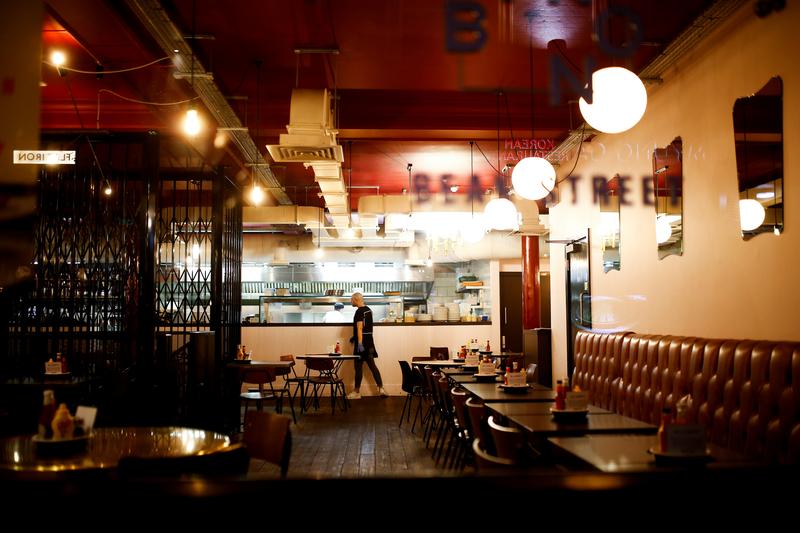 UK data points to record outflow of foreign workers in 2020

Almost a million people born outside Britain may have left the country last year as the coronavirus pandemic appears to have triggered the biggest net outflow of foreign-born workers on record, according to official data released on Tuesday.

Figures from the Office for National Statistics suggested there were 795,000 fewer foreign-born workers in Britain in the final three months of 2020 than a year earlier, and nearly a million fewer foreign-born residents aged over 16.

Britain has suffered Europe’s highest death toll from coronavirus and the biggest economic hit of any major economy. Some sectors which previously employed large numbers of foreign workers, such as hospitality, have been especially hard hit.

Tuesday’s figures come from an official survey of Britain’s labour market - not the main immigration data, which has been suspended due to the pandemic - and the ONS said the figures should be “used with caution” for a range of reasons.

The method by which responses to the survey are scaled up into total numbers of people assumes that Britain’s overall population still grew at its pre-pandemic rate - potentially giving a misleading starting point for the estimates.

The survey is also not designed to capture migration flows, and the pandemic means telephone calls have replaced the ONS’s door-to-door interviews, making it harder to tell if reduced numbers of foreign-born respondents reflect a change in the sample or an underlying change.

Nonetheless Jonathan Portes, professor of economics and public policy at King’s College London and a former chief economist at Britain’s Department for Work and Pensions, said it was reasonable to conclude that mass migration had taken place.

“I have no doubt that we have seen an outflow of people that is unprecedented in recent history,” he said.

It was hard to know if workers would return once the pandemic was over, Portes said.

In cases where European Union nationals had not previously completed paperwork to ensure British residency rights after Brexit, they could face legal difficulties.

Workers born in the EU accounted for the majority of departures in the past year in the ONS figures.

The way in which the ONS calculates the data meant that it could still be underestimating the outflow, Portes said. Other signals from the data, such as an apparent return of more than 1 million Britons from abroad, looked implausible, he added.

The ONS said it could not give guidance on the likely direction of any revisions to the data.
#coronavirus
Add Comment