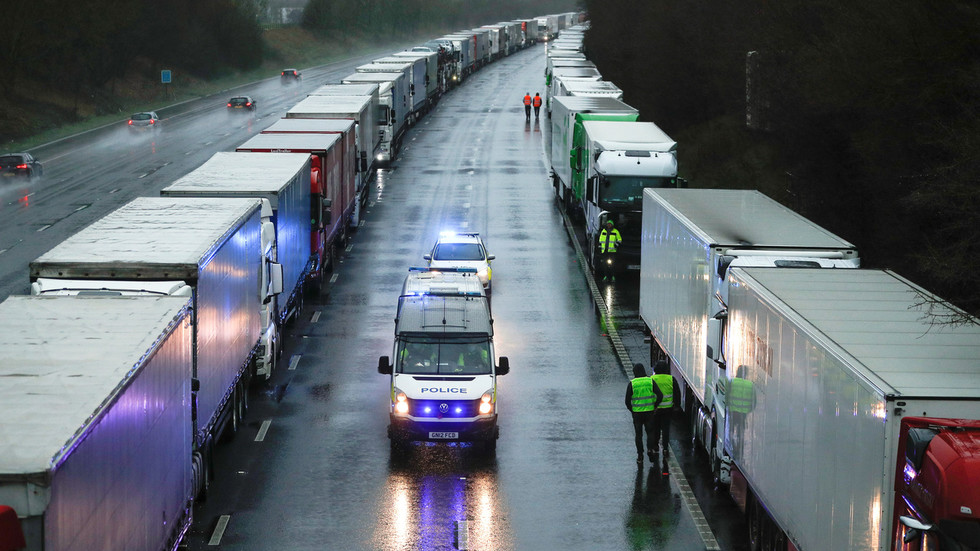 People may not see much fresh food on the counters until the crisis at the border with France is fully resolved and the truck traffic returns to normal, the head of a major industry group has warned.

“It is good news for consumers as the French borders have now reopened, however it is essential that lorries get moving across the border as quickly as possible,” said Andrew Opie, director of food and sustainability at the British Retail Consortium, an industry lobbying group that unites over 170 major retailers.

“Until the backlog is cleared and supply chains return to normal, we anticipate issues with the availability of some fresh goods.”

Opie previously warned that people might not see fresh food on the shelves from December 27 unless Britons are allowed to cross into France.

On Tuesday, Paris said British trucks could pass through the Channel Tunnel and enter the country by ferry, as long as the drivers show documents proving they tested negative for the coronavirus.

France and around 40 other nations earlier suspended freight and passenger flights from the UK after a new contagious strain of the coronavirus was discovered in Britain. The measure left at least 2,800 trucks stranded in a queue in Dover while Prime Minister Boris Johnson held urgent talks with French President Emmanuel Macron.

The crisis at the border came at the worst time for the UK as Johnson was leading a last-ditch effort to secure a free trade agreement with the EU and avert a ‘no-deal’ Brexit.

The PM confirmed earlier this week that London needs to “ratify any agreement” ahead of January 1, and that the time to do so is “in short supply.”
#coronavirus  #boris johnson
Add Comment