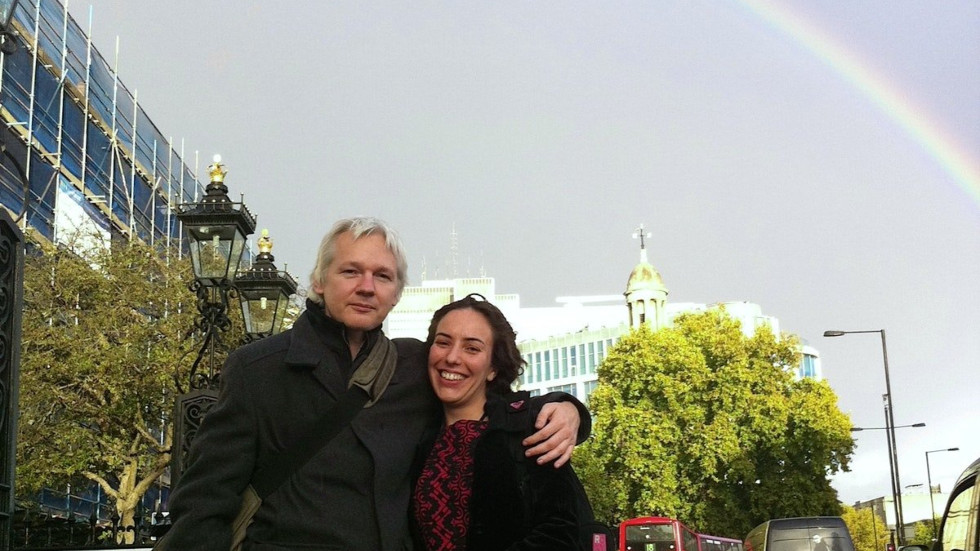 UK caves, allows Assange to get married in jail

Imprisoned WikiLeaks co-founder Julian Assange will tie the knot with the mother of his children at a maximum security UK prison, after Stella Moris sued the “creepy” British government for denying them the right to marry.

“Julian and I now have permission to marry in Belmarsh prison,” Moris tweeted on Thursday evening, explaining that the UK government had “backed down” 24 hours before a legal deadline.

“I am relieved but still angry that legal action was necessary to put a stop to the illegal interference with our basic right to marry,” she added.

Moris, who has two sons with Assange, filed a lawsuit against Justice Secretary Dominic Raab and Belmarsh Governor Jenny Louis on Friday, arguing that “creepy elements of the UK government” engaged in “unfair, irrational and sinister” behaviour to illegitimately interfere in their plans.

Assange and Moris have been engaged for five years, and have been asking officials at the maximum-security prison for permission to arrange a wedding since May. When they finally received a reply, they were told the matter had been referred to the Crown Prosecution Service (CPS).

As the CPS represents the US government in the extradition proceedings against the Australian-born publisher, putting them in charge of the marriage basically gives Washington veto powers, which is “completely outrageous,” Moris told Democracy Now.

Speaking with The Independent, Moris said the interference with the marriage request was a bid to “break [Assange] psychologically” and that there were no legitimate reasons for it.

“It’s a really basic, essential thing, a human thing, and it’s not for the intelligence services, our politicians or anyone else,” she said.