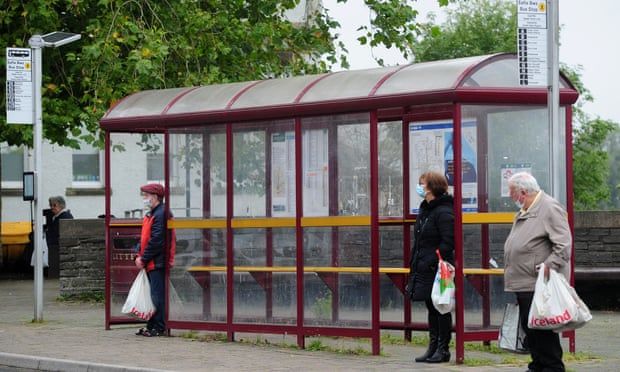 Report blasts ‘more expensive, unreliable’ routes outside London that have cut people off from communities and essential services

Britain’s bus services outside London were so damaged by privatisation that people were unable to access basic needs such as work, education and healthcare, according to a scathing report by the former UN special rapporteur on human rights.

Many people in Britain had lost jobs and benefits, been forced to give up on education, or been cut off from communities and healthcare as bus services grew more expensive, unreliable, and dysfunctional after the 1985 reform, the inquiry found.

The report is co-authored by Philip Alston, a New York-based academic whose UN reports in 2018-19 denounced the “social calamity” of austerity policies in the UK which he found had caused widespread poverty.

Alston said the deregulation of buses, brought in under Margaret Thatcher’s Conservative government, had “provided a masterclass in how not to run an essential public service, leaving residents at the mercy of private actors who have total discretion over how to run a bus route, or whether to run one at all”.

He added: “In case after case, service that was once dependable, convenient, and widely used has been scaled back dramatically or made unaffordable.”

The authors interviewed passengers across Britain who described a broken, fragmented system with falling ridership as fares soared.

While the government has recognised buses need renewed investment and enacted some reforms, potentially allowing franchising in other cities outside London, the report was sceptical about the recently unveiled national bus strategy.

Alston said the UK could afford a world-class bus system if it chose. “Instead, the government has outsourced responsibility for a vital public service, propping up an arrangement that prioritises private profits and denying the public a decent bus.”

A Department for Transport spokesperson said: “Services across England are patchy, and it’s frankly not good enough.”

They said the strategy unveiled this year would “completely overhaul services”, adding: “We will provide unprecedented funding, but we need councils to work closely with operators, and the government, to develop the services of the future.”

The Confederation of Passenger Transport, which represents private bus operators, said reliable journeys, well-equipped buses and competitive pricing were goals everyone shared. A spokesperson said: “These are best delivered where operators and local authorities work in partnership without local people having to take on the financial risk and cost of council control.”

Transport unions said the report was “completely right in its assessment”.

The RMT general secretary, Mick Lynch, said the government needed to urgently rethink its strategy “and stop caving to the private operators”, adding: “It needs to reverse the ban on new municipal bus companies, and provide sufficient ringfenced national funding for all local authorities to deliver the bus services their local communities require.”
Add Comment