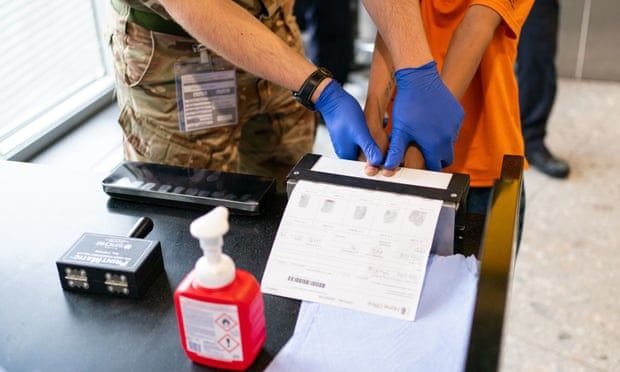 The UN’s refugee chief in London has said the introduction of the new nationality and borders bill could criminalise Afghan people who manage to escape the Taliban.

Rossella Pagliuchi-Lor, the UNHCR’S representative in the UK, told MPs that the government could find itself in a situation where it is jailing Afghans who seek refuge in the UK because they travelled by illegal routes.

Appearing before the home affairs select committee, Pagliuchi-Lor said: “I find it ironic, to be honest, that the very same people we felt so affected by when we saw them hanging from planes in Kabul, or those we are now discussing how they should be extracted … if they extracted themselves and made it here, they would, if that bill were law, be liable to potentially four years in jail and then subject to some attempts to return them to some other countries.”

She said: “There is something ironic in the way we are so concerned about them while they are there, but we are ready not to consider them when they come to the UK.”

The stated objectives of the bill, which is at the committee stage, are to make the asylum system fairer, deter illegal entry to the UK, and remove people with no right to be in the country.

It also means that anyone entering the UK by an illegal route, such as by a small boat across the Channel, could have their claim ruled as inadmissible, receive a jail sentence of up to four years, have no recourse to public funds, and could have their family members barred from joining them.

The UNHCR claims the bill would create a discriminatory two-tier asylum system that violates the 1951 refugee convention.

Existing government schemes to assist refugees from the country – the Afghan relocations and assistance policy, launched in April, and the Afghan citizens resettlement scheme – were proving difficult to access, witnesses to the committee said. In some cases, applicants who are in hiding in Afghanistan are being asked to resubmit applications, one witness said.

A Home Office spokesperson said: “The Afghan citizens resettlement scheme will provide protection for people at risk and identified as in need. It is one of the UK’s most ambitious resettlement schemes ever and will welcome around 5,000 people in the first year and up to 20,000 over the coming years.

“Our new plan for immigration will fix the broken asylum system and will welcome people through safe and legal routes such as these, whilst preventing abuse of the system, cracking down on illegal entry and the criminality associated with it.”

Addressing the Home Office’s promised “warm welcome” to Afghan refugees, Enver Solomon, the chief executive of the Refugee Council, said it could prove difficult to deliver because of the department’s previous pledges to provide a “hostile environment” for those who arrived illegally in the UK.

“The challenge that creates, therefore, is that to deliver Operation Warm Welcome – which is trying to do something different [from the “hostile environment”] – becomes really challenging as a consequence.”

The chairman of the Local Government Association, James Jamieson, said local authorities faced serious problems in speedily housing Afghan refugees who are currently in hotels. Many are large families of six or seven and will require large houses, which are in short supply in most of the country. “The big issue comes straight down to housing,” he said.

One pragmatic approach might mean larger families are moved from hotels into homes that are not as big as they would ideally be because “it’s better than spending another month or two in a hotel”. He also suggested refugees might be put up in unoccupied Ministry of Defence housing.
#afghanistan
Add Comment