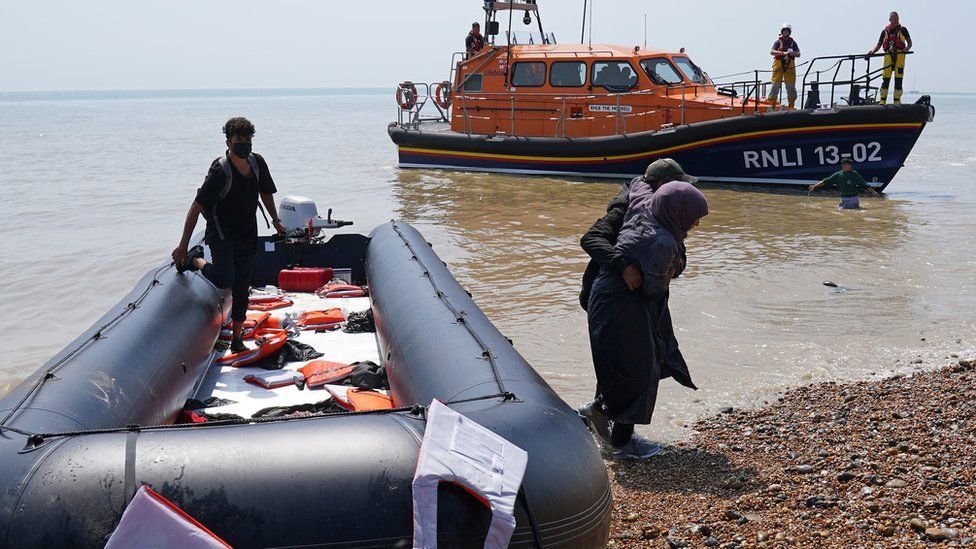 France will double the number of police patrolling its beaches as part of a deal with the UK to stem the number of migrants crossing the English Channel.

The UK will pay more than £54m as part of the deal agreed between ministers in London and Paris.

The Home Office said the two countries would also improve intelligence sharing and use better technology to target those who organise the crossings.

On Monday at least 430 migrants crossed the Channel - a record for one day.

The Home Office said on Tuesday 287 people had landed in the UK.

The previous daily high of 416 was set in September last year. Already this year, 8,460 people have reached the UK, which is almost equal to the total number who made the crossing in the whole of 2020.

It said this resulted in France preventing twice as many crossings so far this year compared with the same period in 2020.

However, it said the people who facilitated the crossings had now changed their tactics and had moved further up the French coast, "forcing migrants to take even longer, riskier journeys".

The new support announced by the UK would enable France "to respond by posting more security forces further up the coast, installing and utilising the latest surveillance equipment throughout northern France", the Home Office said. 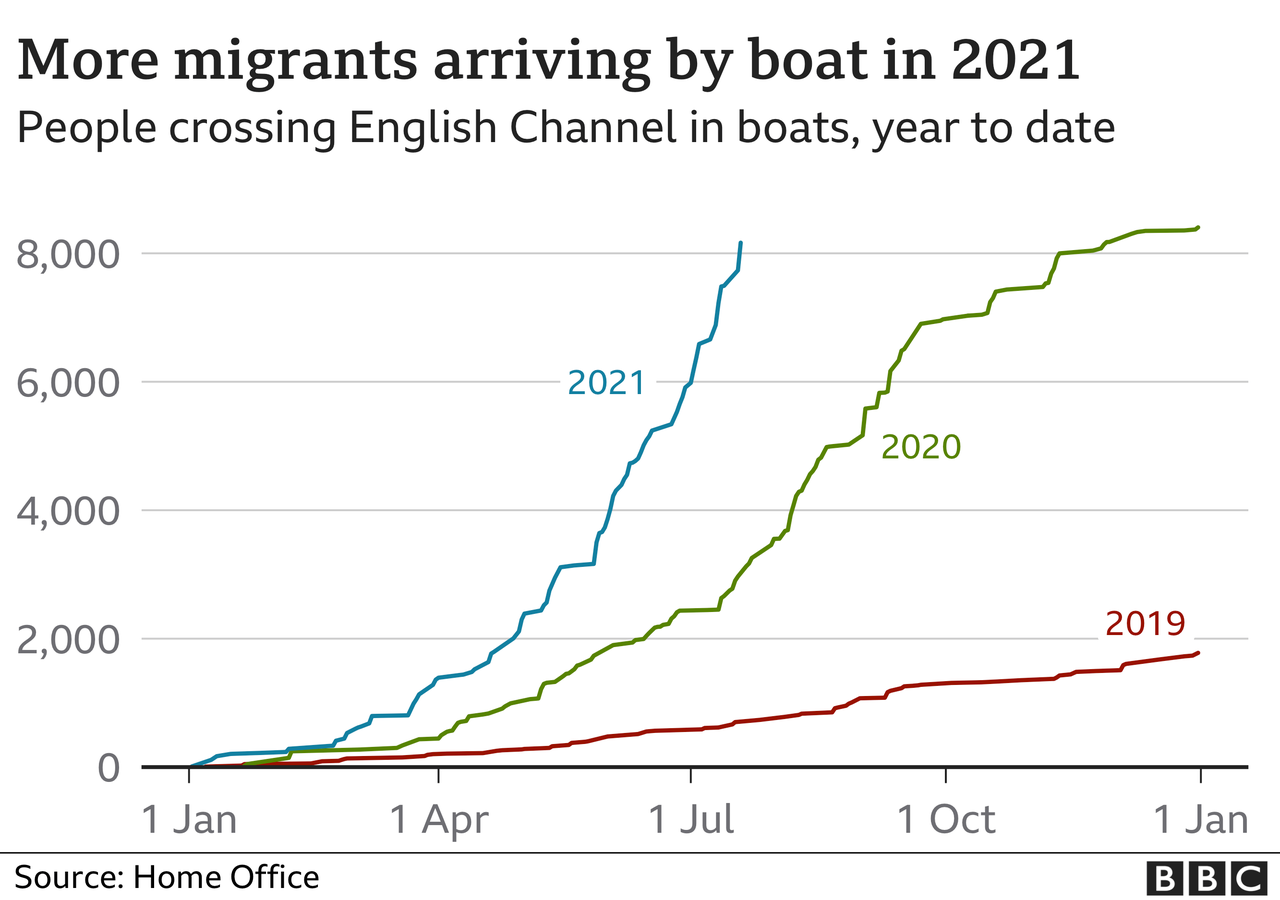 Ms Patel has previously pledged to make Channel crossings "unviable", with new legislation that will make it a crime to knowingly arrive in the UK without permission.

The Nationality and Borders Bill, which is currently being considered by MPs, will mean migrants entering without permission could face up to four years in prison.

The government hopes the overhaul of asylum rules will deter migrants from making the crossing.

But the plans have been criticised by charities including Refugee Action, which has called them "extreme and nasty".

Dan O'Mahoney, clandestine channel threat commander, said: "There is an unacceptable rise in dangerous small boat crossings across the Channel because of a surge in illegal migration across Europe.

"People should claim asylum in the first safe country they reach and not risk their lives making these dangerous crossings. We are continuing to pursue the criminals behind these illegal crossings."

He added that the Nationality and Borders Bill would "protect lives and break this cycle of illegal crossings" and the government was continuing to return those with no legal right to remain in the UK.

But Amnesty International's Steve Valdez-Symonds told the BBC the new legislation was an "extremely reckless and dangerous response" to the issue and would not tackle the problem of people smugglers.

Instead, he said it was likely to drive desperate people to avoid the authorities, leaving them vulnerable to further exploitation and slavery.

Labour shadow home secretary Nick Thomas-Symonds said the Home Office announcement was "yet more empty words from the Conservatives about agreeing a deal with France to address trafficking gangs".

He said ministers promised a plan with France in August 2020, "yet almost a year later they are still making empty promises, letting down victims, and allowing criminals to continue their evil trade". 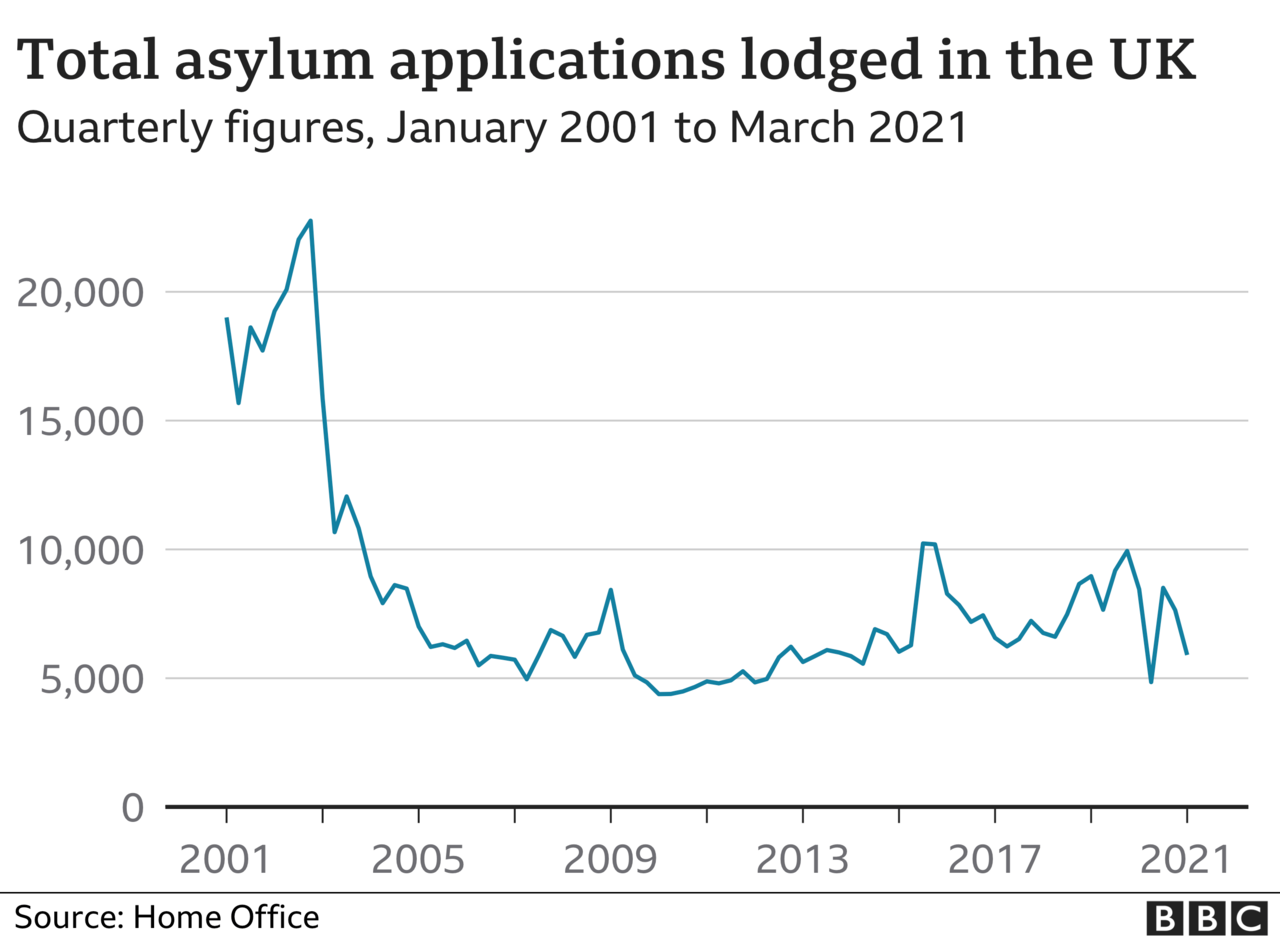