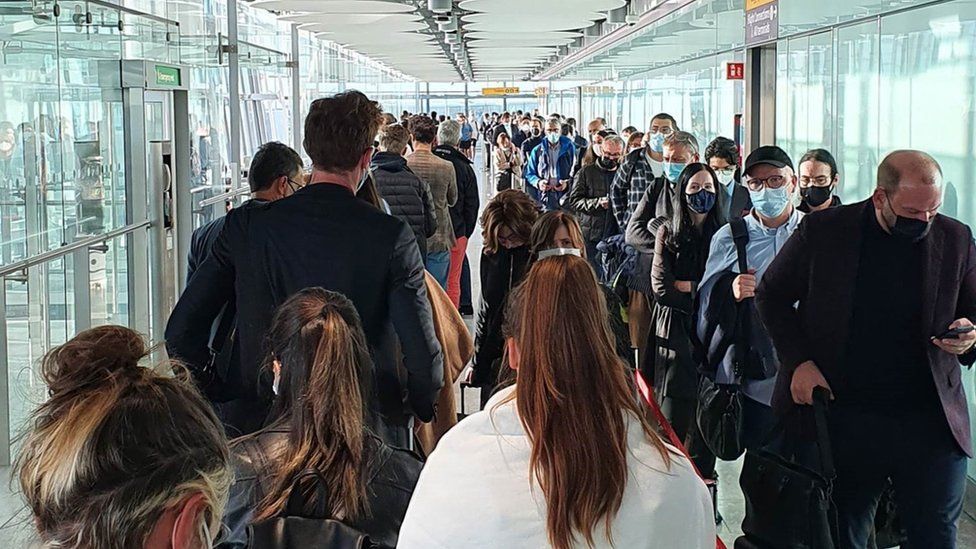 Passengers at some UK airports faced delays after self-service passport gates were hit by faults for the second time in weeks.

Travellers arriving at Heathrow on Wednesday morning described the queues as a "total disgrace".

Gatwick and Edinburgh airports were also affected by the fault.

The Home Office said the problems with the e-gates, which are operated by UK Border Force, were caused by a technical issue and have been resolved.

The self-service gates allow travellers with biometric passports to pass through border control without a manual inspection.

E-gates also stopped working for several hours on 24 September following a systems failure, which meant passengers had to wait to have their travel documents inspected by staff.

Passengers arriving at Heathrow spoke of the "shambles" that greeted them.

Christian Jones, 41, returning from a trip to Finland, told the PA news agency: "The queues were snaking out of the arrivals hall all the way down the corridor and into the connecting flights corridor... I queued for one hour but others, I believe, queued for about four hours." 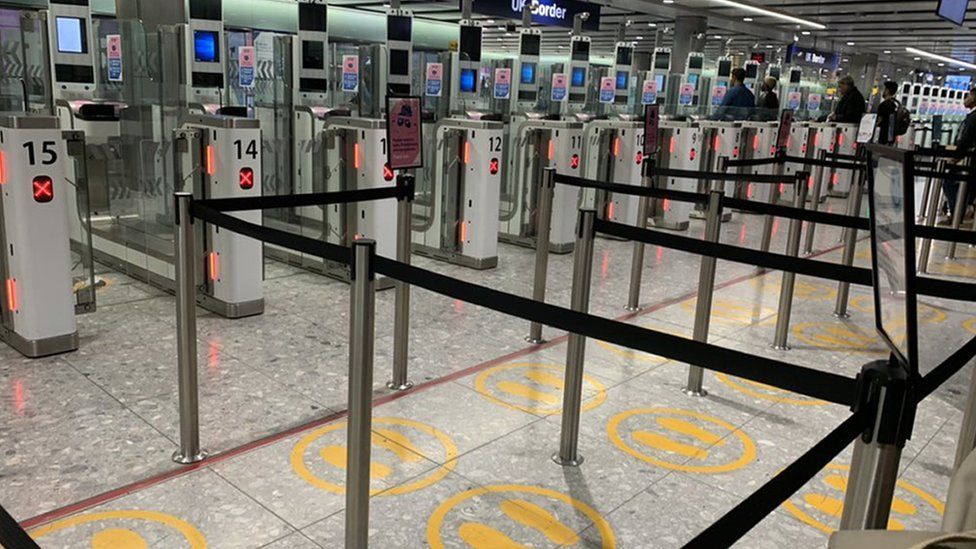 Vibhaker, 73, who did not wish to give her surname, was waiting at arrivals in the airport for her niece, who was travelling to the UK to start a masters course in sports medicine.

"The whole area was [a] total shambles, heavily crowded with no possibility of social distancing. She got out after three hours... [a] total disgrace."

George Zarkadakis, an artificial intelligence engineer from London, wrote on Twitter: "System for scanning passports is down (again). Expected time of waiting for arriving passengers: 2-4 hours.

"I think I'll stay home next time... and stick to Zoom calls." 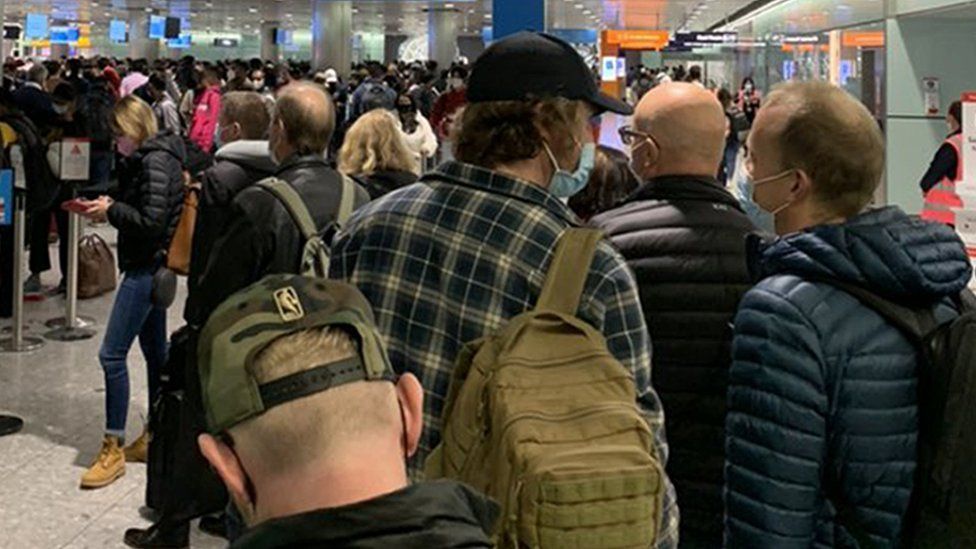 A Heathrow spokeswoman said a "systems failure" had impacted the e-gates.

"This issue, which impacted a number of ports of entry, has since been resolved and the e-gates at Heathrow are back up and running again.

"Our teams remain on hand and are working with Border Force to monitor the situation, and to get passengers on their way as quickly as possible."

A Home Office spokeswoman said: "This morning a technical issue affected e-gates at a number of ports. The issue was quickly identified and has now been resolved.

"We have been working hard to minimise disruption and continue to monitor the situation closely.

"We apologise to all passengers for the inconvenience caused."