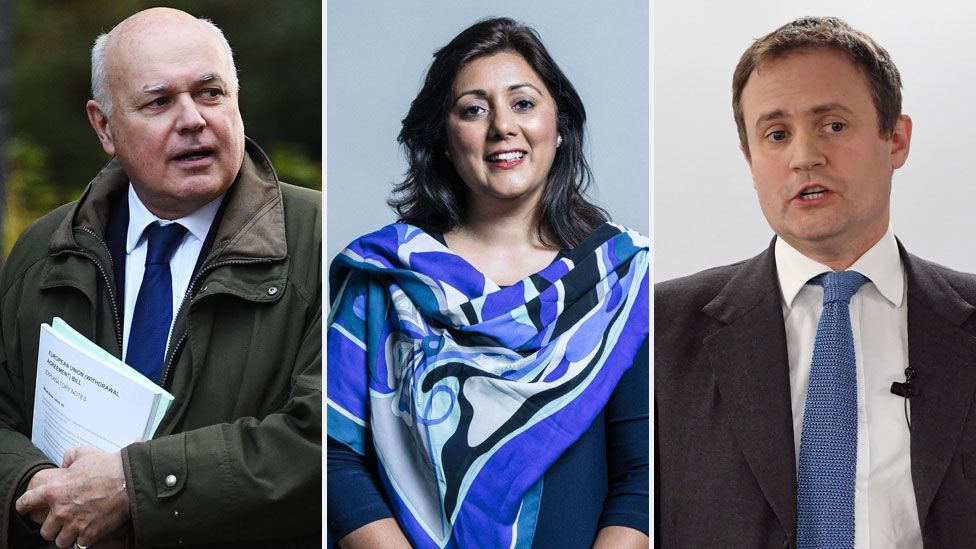 Five UK parliamentarians sanctioned by China have released a joint statement vowing to "redouble" their efforts to campaign against human rights abuses.

Three MPs, including ex-Tory leader Sir Iain Duncan Smith, and two peers said the action by China was an attempt to stifle "free and open debate".

The PM said he "stands firmly" with those targeted by China for criticising its treatment of the Uighur people.

The sanctions follow similar moves by the UK, US, Canada and the EU on China.

China has imposed sanctions on nine UK citizens in total - including the five parliamentarians - who are among its most vocal critics in the UK.

It said it was sanctioning the group for spreading what it called "lies and disinformation" about China.

In response, Sir Iain, along with MPs Nusrat Ghani and Tim Loughton, and the peers Lord Alton and Baroness Kennedy, said: "Today's sanctions have unmasked the Chinese Communist Party.

"These actions are not only an attack on us as individuals but an attempt to stifle the free and open debate that is at the heart of our parliamentary democracy."

The group added that "intimidation" would only encourage them to "redouble" their efforts, as they pledged to continue advocating on behalf of "the Uighurs, Tibetans, Hong Kongers and all other persecuted groups in China".

"These are the true victims of the Chinese government's authoritarian rule, not us," they added.

In common with the government, the group also called for "international investigations into the alleged abuses" in Xingjian against the Uighur people.

Britain's relations with China are going from bad to worse.

On Monday, the UK imposed its first ever sanctions on Chinese officials for human rights abuses in Xinjiang.

Now Beijing has retaliated, announcing sanctions on some of its most vocal critics in Britain.

It matters because the government is trying to strike a balance in its relations with Beijing.

In its recent foreign policy review, the UK described China as a "systemic competitor" and "the biggest state-based threat to the UK's economic security".

But it also spoke of pursuing "a positive trade and investment relationship" and co-operating with China on climate change and biodiversity. All that just became a little harder still.

An FCDO spokesperson said Mr Adams had made it clear that China's decision to impose sanctions on Britons and UK entities was "unwarranted and unacceptable".

Mr Adams also noted that China's decision to target those "seeking to shine a light on human rights violations" would "not distract attention away from those very violations taking place in Xinjiang".

Earlier Prime Minister Boris Johnson tweeted that the British citizens facing sanctions were "performing a vital role" in highlighting the treatment of Uighur Muslims, adding: "Freedom to speak out in opposition to abuse is fundamental and I stand firmly with them."

More than a million Uighurs and other minorities are estimated to have been detained at camps in the north-west region of Xinjiang, where allegations of torture, forced labour and sexual abuse have emerged.

Uighurs living in the region speak their own language, similar to Turkish, and see themselves as culturally and ethnically close to Central Asian nations.

The Chinese government has been accused of carrying out forced sterilisations on Uighur women and separating children from their families.

It has denied the allegations of abuse and claimed the camps are "re-education" facilities used to combat terrorism. 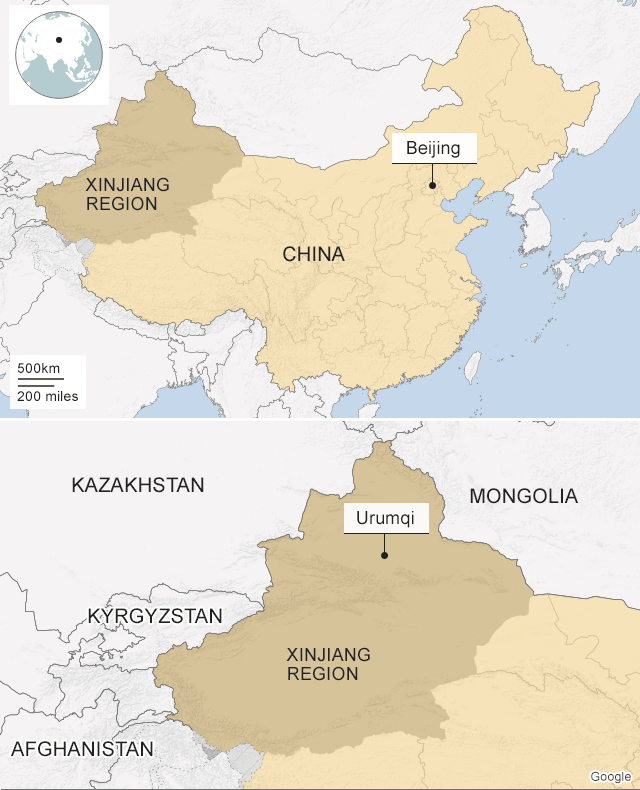 Sanctions were imposed on Chinese officials on Monday, as part of a co-ordinated action by the European Union and the UK, the US and Canada.

After UK sanctions were announced on Monday, Foreign Secretary Dominic Raab called the abuse of Uighur Muslims in Xinjiang "one of the worst human rights crises of our time".

Mr Raab also said that if Beijing wanted to "credibly rebut" the claims, it should allow the United Nation's commissioner for human rights to access Xinjiang.

The nine Britons now facing sanctions from China are:

* Tory MPs Sir Iain, Nusrat Ghani and Tim Loughton, and peers Baroness Kennedy and Lord Alton, who are all members of the Inter-Parliamentary Alliance on China

* Lawyer Sir Geoffrey Nice QC, chair of the Uighur Tribunal, which is investigating atrocities against the minority group

They will all be banned from entering China, Hong Kong and Macau, their property in China will be frozen and Chinese citizens and institutions will be prohibited from doing business with them.

Ms Ghani said the move had made her "even even more determined" to speak out about the Uighurs, while Sir Iain argued that those who lived free lives "must speak for those who have no voice".

Mr Tugendhat, who chairs the Commons Foreign Affairs Committee, told the BBC: "I view this as a direct assault on British democracy and an attempt to silence the British people who have chosen me to speak for them."

He added that the government had been too soft on China, which he said had been "constantly and continuously seeking to intervene" in the internal matters of the UK.

Academic Dr Smith Finley tweeted: "I have no regrets for speaking out, and I will not be silenced." 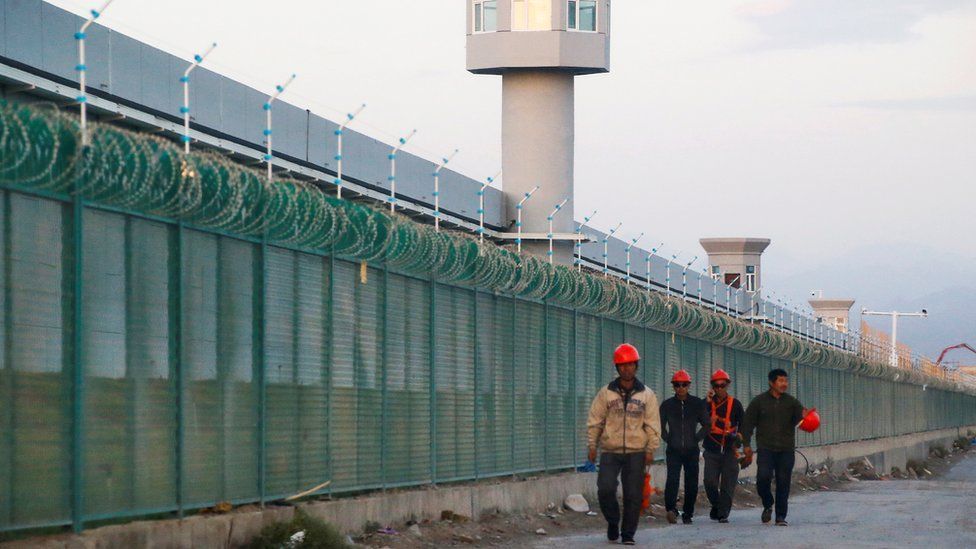 Labour's shadow foreign secretary Lisa Nandy said the sanctions were a "direct attempt to silence those who criticise the actions of the Chinese government".

He added that the Chinese foreign ministry had summoned the British Ambassador to China to "lodge solemn representations, expressing firm opposition and strong condemnation".

Hua Chunying, a spokeswoman for the Chinese foreign ministry, later told a press briefing China was forced to act "in self-defence" in response to UK sanctions "based on lies".