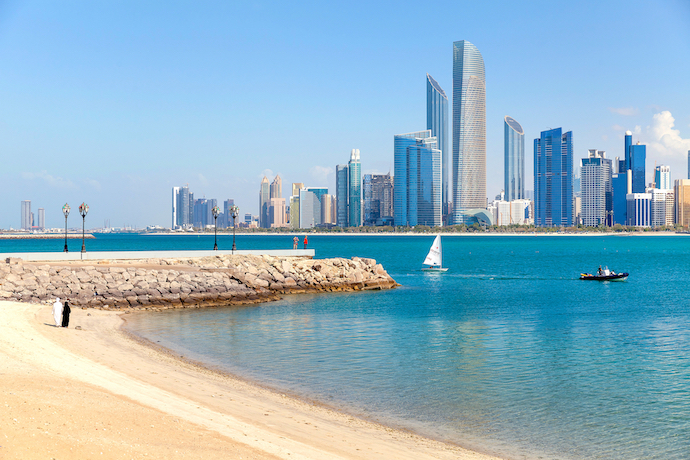 The UAE’s Ministry of Economy has started a campaign to ensure that more than 500,000 non-financial businesses in the country submit data on their ultimate beneficiaries.

Property brokers, account auditors, dealers of precious metals and gemstones and corporate services providers are being encouraged to register the required data before the campaign ends on June 30, said Safeya Al Safi, director of the ministry’s anti-money laundering department, yesterday.

Declaring a company’s ultimate beneficiary is “one of the main requirements for completing disclosure and transparency requirements from enterprises and individuals within the anti-money laundering system in the country”, Ms Al Safi said.

“The ministry seeks to enhance understanding and raise awareness among these establishments … [about] the dangers of money laundering, their methods and means of protection against it.”

Registering with the anti-money laundering system is a mandatory step for designated non-financial businesses and professionals, or DNFBPs, but it is not the only one, she said.

The UAE has strict laws to thwart money laundering and the financing of terrorism and has issued various regulations over the past couple of years to strengthen the fight against financial crimes.

The country established the Executive Office of Anti-Money Laundering and Counter Terrorism Financing, an agency to tackle money launderers, entities and people suspected of financing terrorists and organised crime earlier this year.

The ministry may add more sectors and professions to the current list of brokers, property agents, auditors, dealers of precious metals and gemstones and corporate service providers required to submit details of their ultimate beneficiaries, officials said.

“The law allows that,” said Mohammed Jannahi, head of money laundering control at the ministry.

The ministry intends to register 513,000 businesses licensed by 38 authorities in the campaign. Those that fail to divulge the required data will face penalties of up to Dh100,000 ($27,229) from July, said Ahmed Al Hosni, director of commercial registration at the ministry.
Add Comment