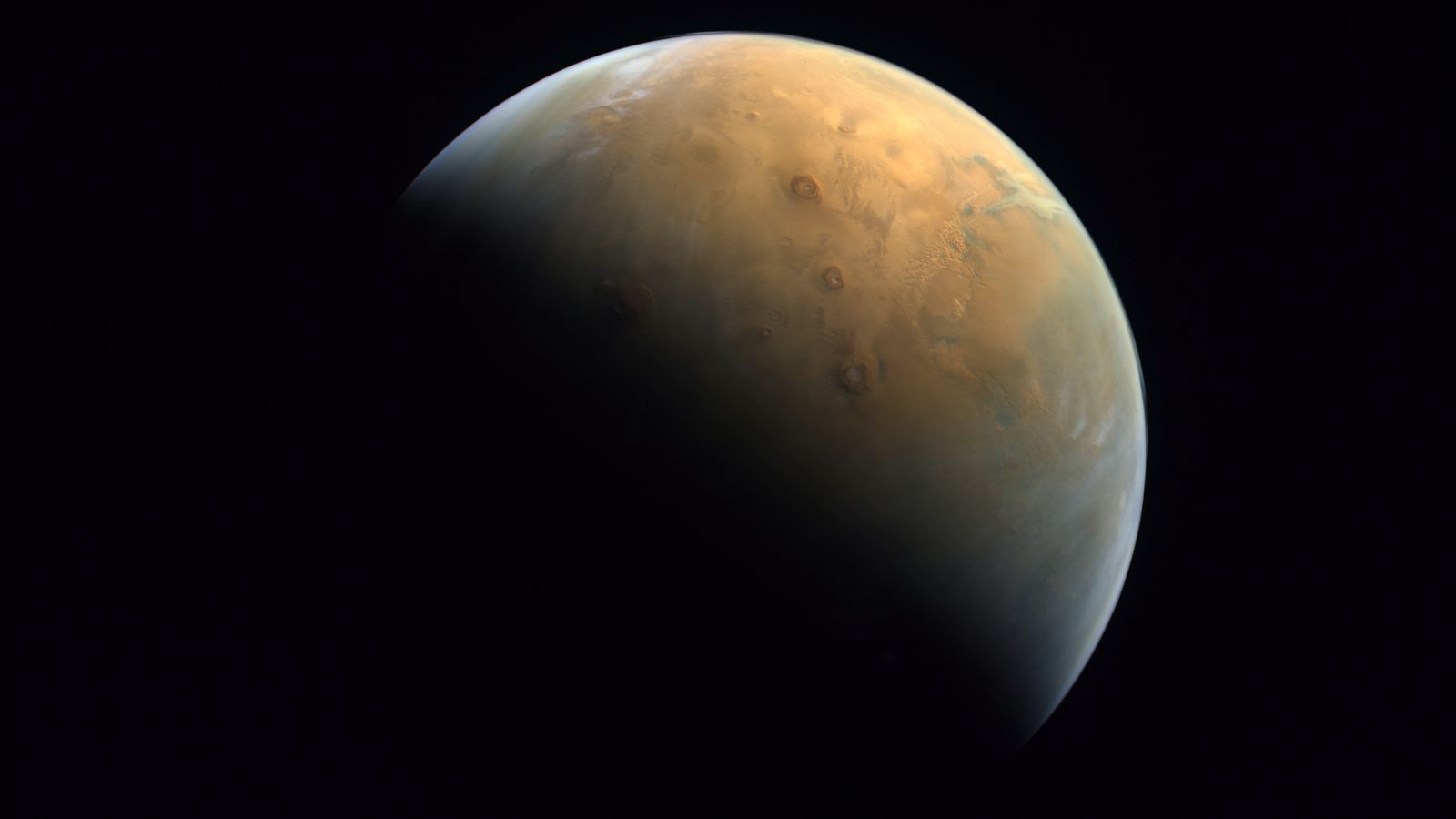 The spacecraft is part of one of three missions due to reach the red planet this month.

The United Arab Emirates has published the first image of Mars sent by its space probe.

The picture, taken on Wednesday, shows sunlight coming across the surface of Mars, as well as the planet's north pole and largest volcano, Olympus Mons.

The image comes from the spacecraft named Hope, or Amal in Arabic, which swung into orbit around Mars on Tuesday following a seven-month flight. 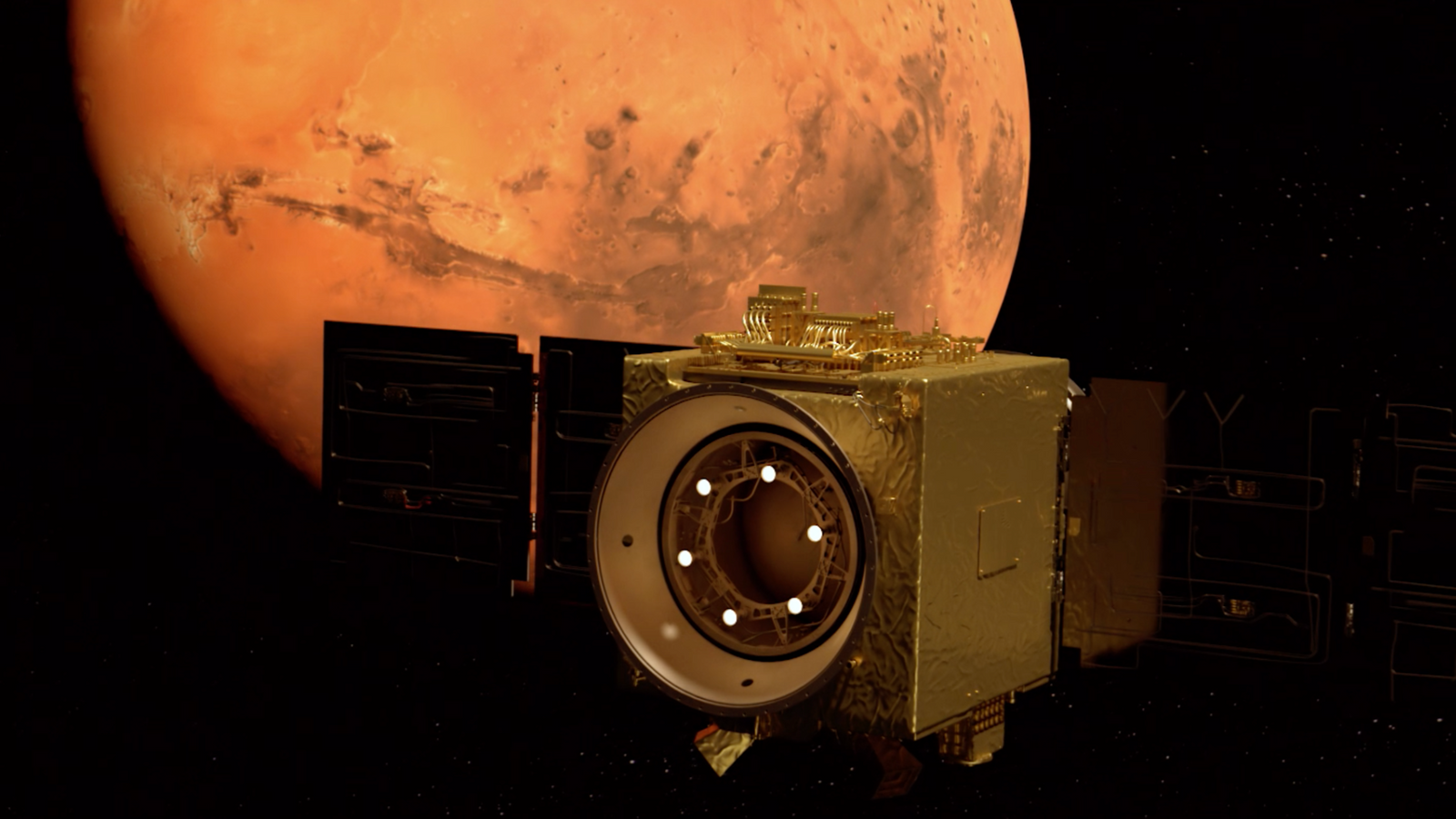 The probe is called Hope, or Amal in Arabic

It is a triumph for the Arab world's first interplanetary mission and makes the UAE the fifth nation to ever reach the red planet.

The £160m satellite aims to provide a picture of the Martian atmosphere by studying daily and seasonal changes on the planet and is the first of three space missions due to reach Mars this month.

An orbiter and lander launched by China reached Mars's orbit on Wednesday. The pair will be passed by USA's NASA Perseverance rover on 18 February, which will be the first to land on the red planet's surface.

The three missions, launched in July 2020, form a wave of unmanned spacecraft to see if Mars was ever habitable, and to find out if it could be again. 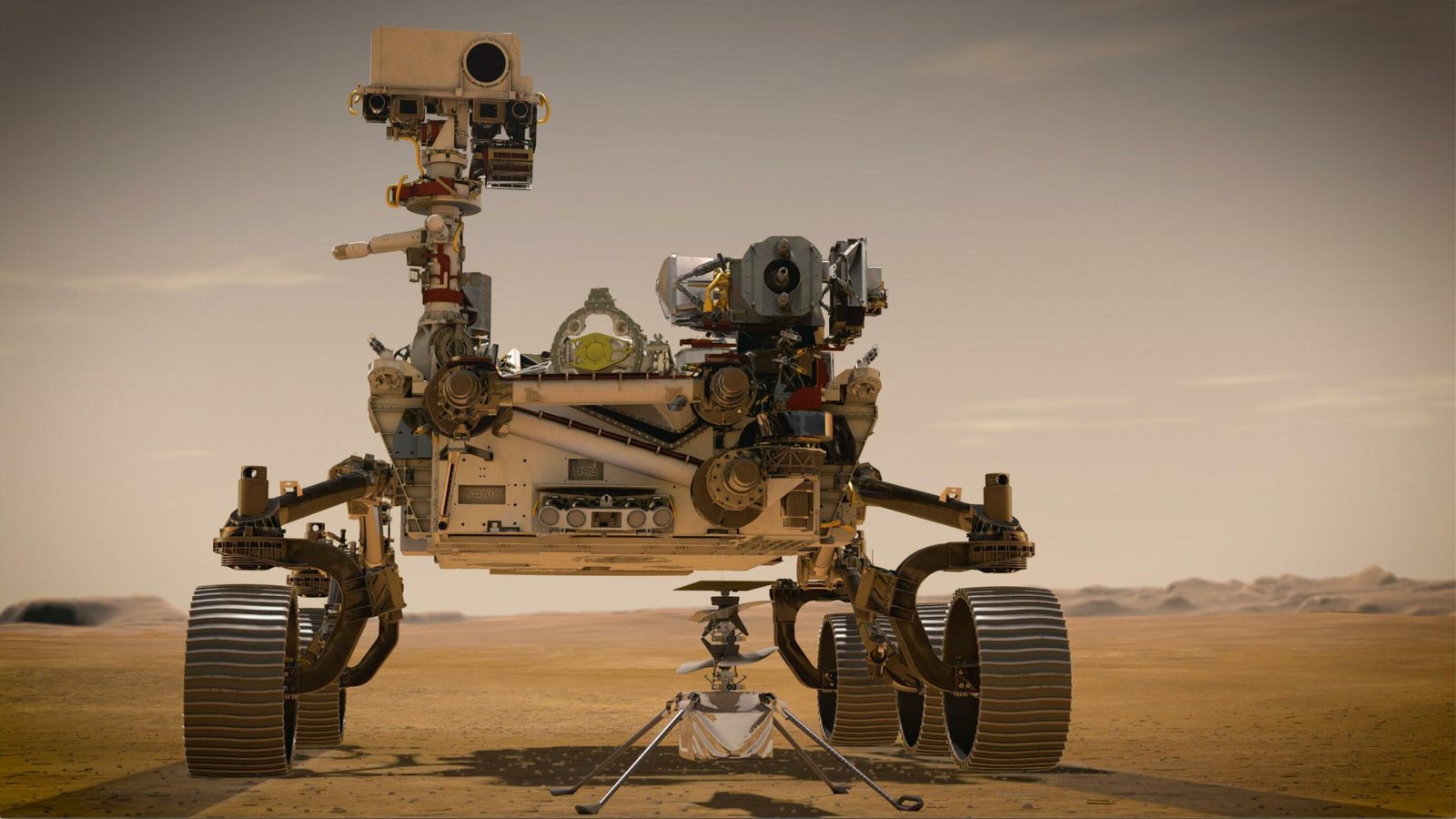 Artist's concept of NASA's Perseverance and Ingenuity rover on Mars

The timing of the launches was dictated by Mars and Earth's orbits, with a single one-month window during which the planets are close enough together to permit the seven-month journey. That window would not have opened again for another 26 months.

Scientists believe Mars was once abundant with water and potentially able to support life.