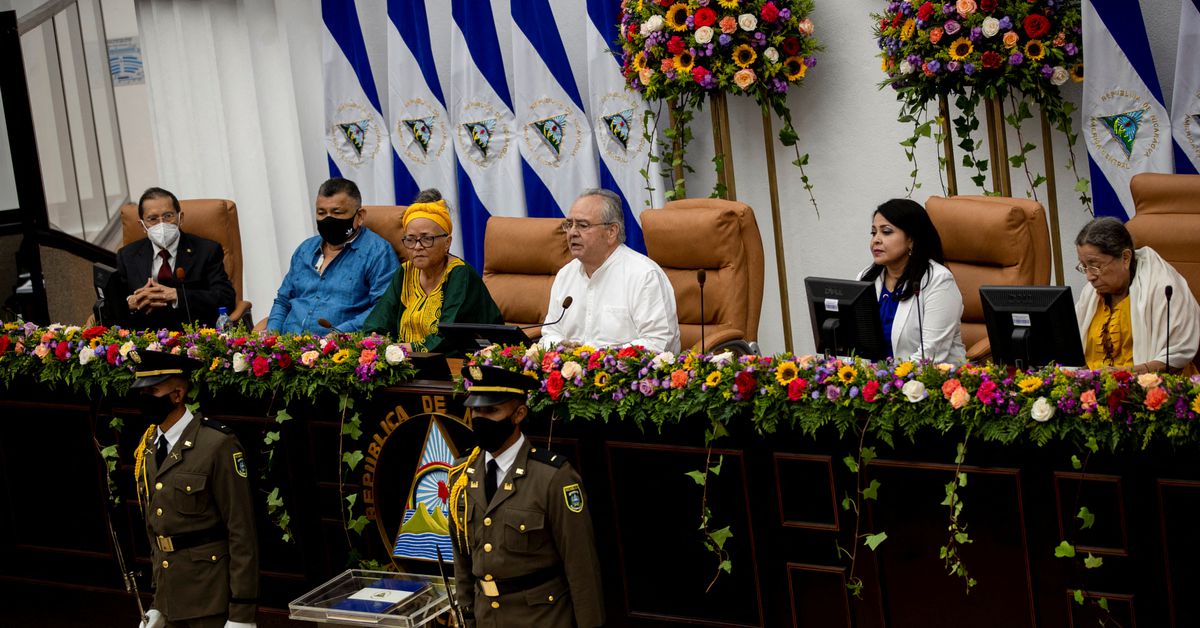 The United States on Monday imposed sanctions on Nicaraguan officials, including the defense minister, in coordinated action with the European Union following an election that Brussels and Washington have denounced as rigged in favor of President Daniel Ortega.

Monday's action, the latest sanctions targeting Nicaragua that Washington has coordinated with allies, aims to increase pressure on Ortega and his wife, Vice President Rosario Murillo, and marks the inauguration day.

In the months leading up to the election, Western and many Latin American nations had expressed deep concern about the fairness of the vote as Ortega detained opponents and business leaders and criminalized dissent.

Election observers from the European Union and the Organization of American States were not allowed to scrutinize the process and journalists were barred from entering Nicaragua.

"In concert with democracies in the international community, the United States will continue to call out the Ortega-Murillo regime's ongoing abuses and will deploy diplomatic and economic tools to support the restoration of democracy and respect for human rights in Nicaragua," U.S. Secretary of State Antony Blinken said in a statement.

The U.S. Treasury Department said in a separate statement it imposed sanctions on six Nicaraguan officials over accusations of state acts of violence, disinformation and targeting of independent media.

The Treasury action targeted the minister of defense as well as officials of the military, the company overseeing telecommunications and postal services and the state-owned Nicaraguan Mining Company.

The U.S. State Department is also taking steps to impose visa restrictions on 116 people it accused of undermining democracy in Nicaragua, Blinken said, barring some mayors, prosecutors and police, prison and military officials, among others, from entering the United States.

The EU said new travel bans and asset freezes were imposed on family members of Ortega and Murillo, including a daughter and son, as well as police, the Supreme Electoral Council and the company overseeing telecommunications and postal services.

"Those targeted are responsible for serious human rights violations, including repression of civil society, supporting the fraudulent presidential and parliamentary elections and undermining democracy and the rule of law," the EU said in a statement.
#joe biden
Add Comment