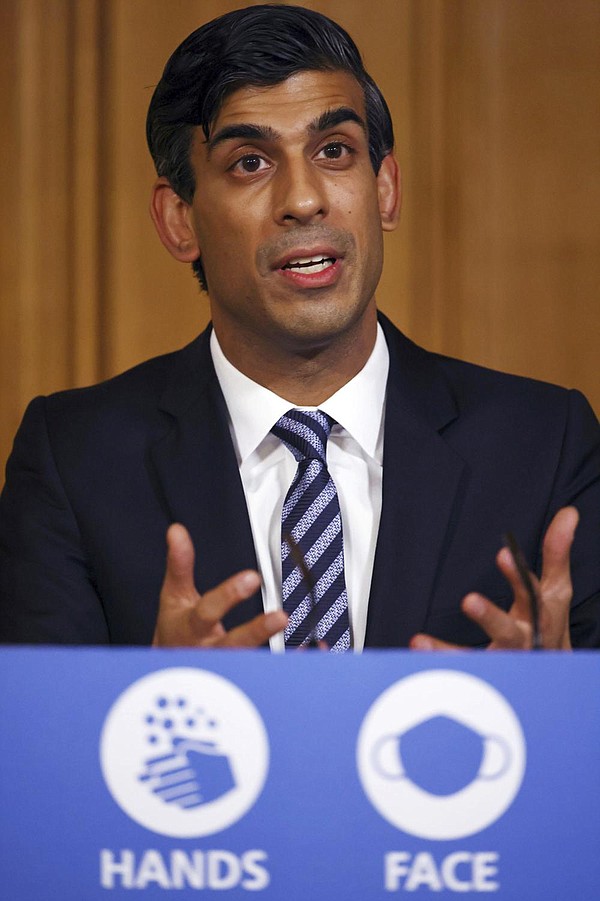 While Chancellor of the Exchequer Rishi Sunak's furlough programs have sustained millions of workers through the crisis, the rush to build them from scratch opened the door to fraud, according to the National Audit Office.

It is "almost certain" that organized crime took advantage of that, and probably claimed between 2.5% and 5% of the aid under the Coronavirus Job Retention Scheme, the audit office said. A related program for self-employed workers was also probably abused, though to a lesser extent.

The findings highlighted the underlying weakness of Britain's social safety net for workers. Sunak's plans were initially praised for their generosity amid the worst economic contraction in three centuries, but the fact that measures weren't available before the pandemic meant safeguards against fraud weren't in place.

otal losses probably amount to as much as $5 billion so far, including opportunistic fraud that the government considered "highly likely," and internal fraud and errors that it reckoned had a "low" likelihood.

"There is evidence that significant levels of furlough fraud occurred, with limited controls over employers' arrangements with employees," the audit office said. "Of furloughed people responding to our survey, 9% admitted to working in lockdown at the request of their employer, and against the rules."

Criminal gangs worked by stealing the identities of legitimate taxpayers or coercing them to make fraudulent claims, the office said. While the government was aware of the risk and monitored claims, it lacked the capacity to deal with suspicious activity.

For example, on one weekend in May it blocked around 87,000 claims under the self-employment program, but recognized it might have denied some legitimate applications. Under the job retention program, it told some businesses that claims had been made in their name, but not until August.

The government has received around 10,000 reports of potential abuse through an online form and a telephone hotline.

The audit office said it contacted 20 other national audit institutions for comparison, and found that most countries implemented their schemes faster than the U.K. because they had pre-existing arrangements -- such as Germany's Kurzarbeit program -- that they could adapt.

Still, the U.K. isn't alone in suffering such abuse. In the U.S., Wells Fargo & Co. fired more than 100 employees suspected of improperly collecting coronavirus relief funds, according to a person with knowledge of the situation.

An earlier review by JPMorgan Chase & Co. found that more than 500 employees tapped a key U.S. support program, and that dozens did so improperly.

U.K. officials estimate they could recover around $360 million on 10,000 of the most high-risk grants awarded, but only by deploying staff from other compliance work, which could allow tax evasion.

The audit office concluded that the government should be commended for making wage support available so rapidly -- but the value for money of such programs will ultimately depend on mitigating fraud.
Add Comment