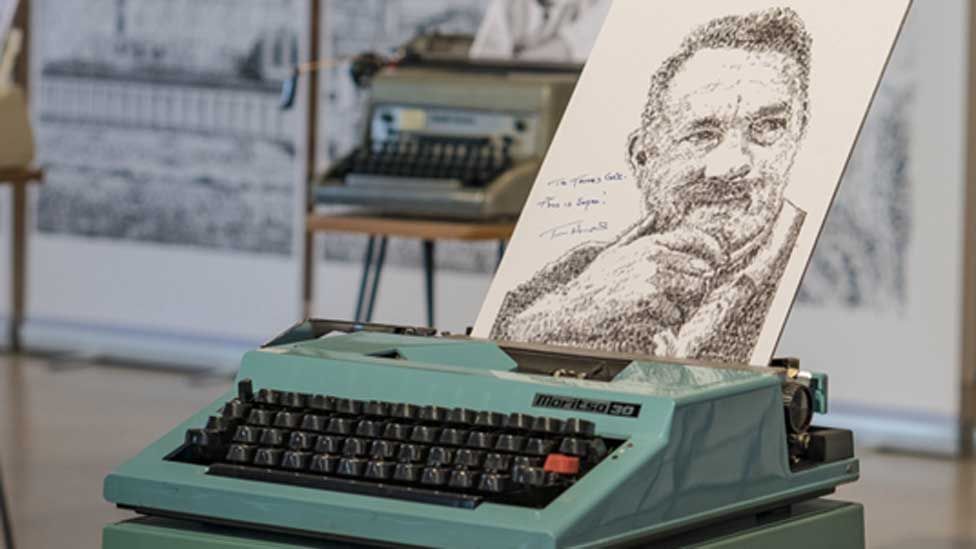 An artist who used a typewriter to create a portrait of Tom Hanks said he was "blown away" when the actor signed the artwork.

James Cook, 25, from Braintree, Essex, sent Hanks a portrait but admitted he "forgot about it" until he received an unexpected letter in the post.

He previously said a reply from one of the world's most famous typewriter enthusiasts was an ambition.

The handwritten message reads: "To James Cook. This is super! Tom Hanks." 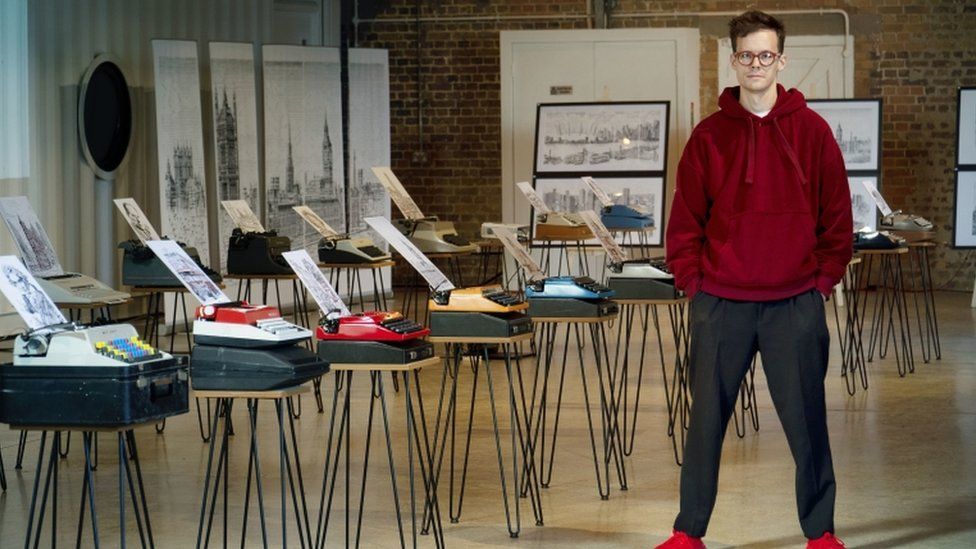 Mr Cook, who started to use typography to design art while doing his A-levels, creates his artworks from thousands of typed characters.

His "typicitions", or typed-depictions, use a random assortment of letters, numbers and punctuation marks to form an image. 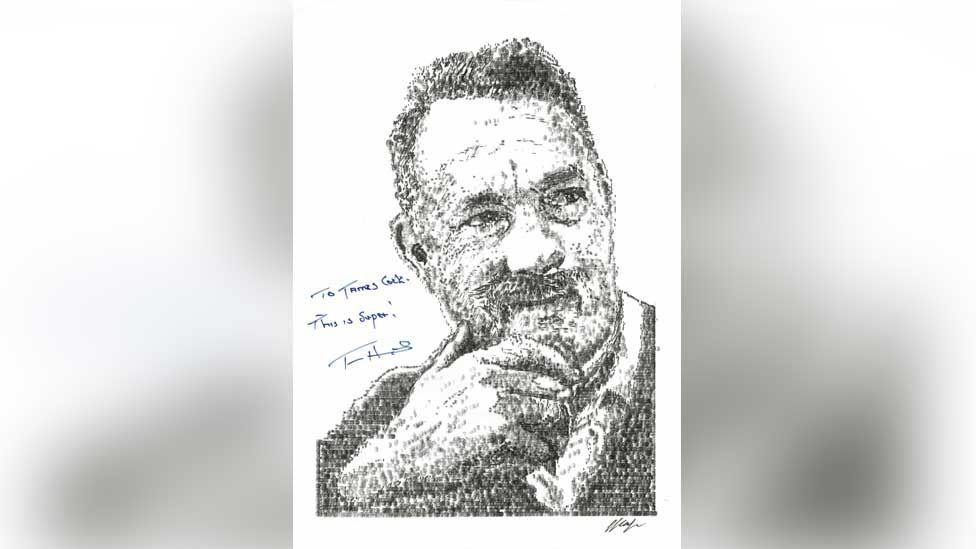 The artist said he thought he would send a portrait to the actor's Playtone Productions Company after he produced it while appearing on the Kelly Clarkson Show in the US in November 2020.

"I thought I'd give it a shot and sent him the print of his portrait with a type-written letter explaining my profession, but after that I completely forgot about it," Mr Cook said.

"I was blown away when I got my print returned with his autograph and a short message."

Despite producing art since 2014, Mr Cook's first work consisted predominantly of celebrity portraits and drawings of the cast of the BBC series Doctor Who, and it was not until January 2020 that he began to get noticed.

The architecture graduate has since gained more than 20,000 followers on Instagram and has produced 200 pictures of celebrities, landscapes and musicians.

He now creates his unusual artworks as a full-time job at his east London studio, where visitors can also see his collection of about 40 typewriters. 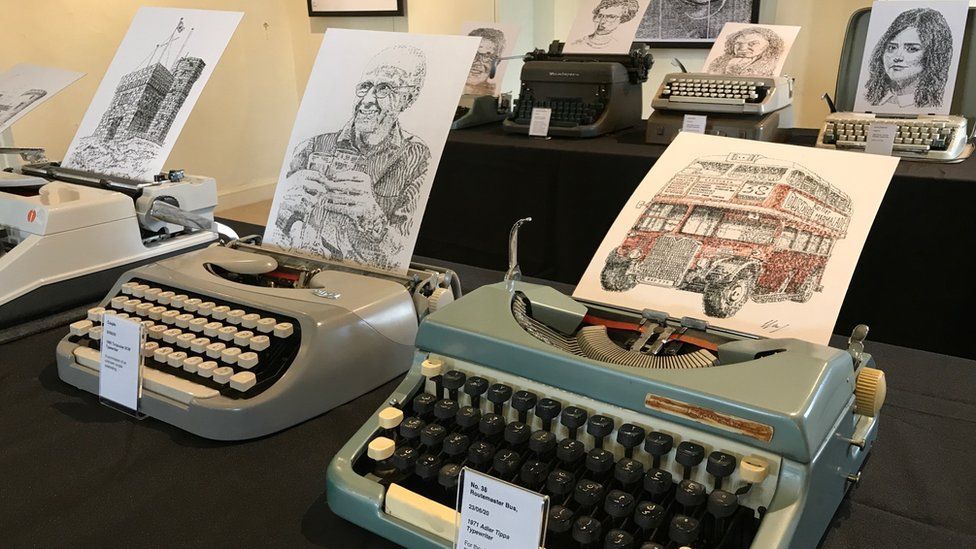 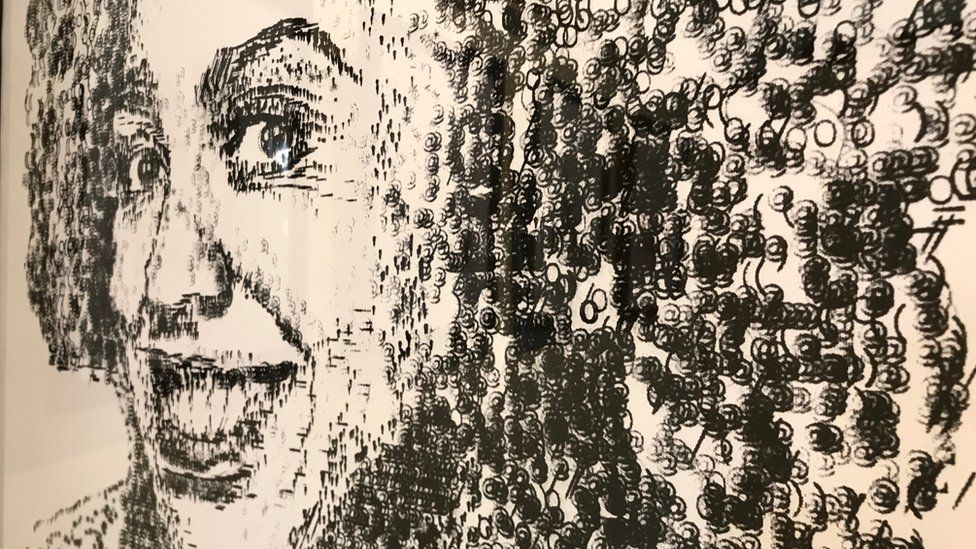 Letters, numbers and punctuation marks are used to produce images and can take up to 30 hours to complete

On average, one A4 work of art can take up to five days to complete and the larger pieces are formed of smaller strips of paper pieced together.

His next exhibition is at The Moot Hall in Maldon, Essex, in July and August and will include a portrait of the Queen alongside the artwork signed by Hanks.

"What's really nice about this job is that it's not just the work that's interesting, but also the backstories behind the people that have a connection to typewriters," Mr Cook said. 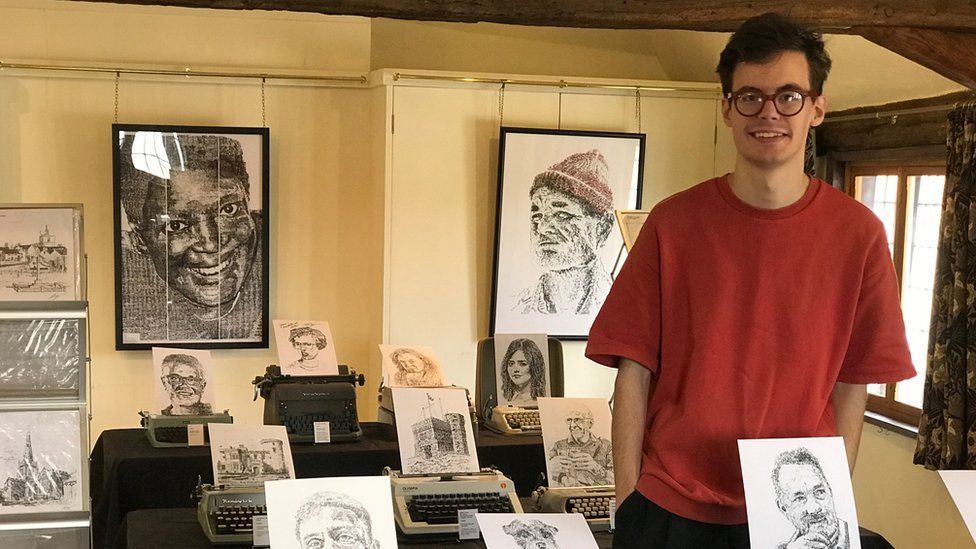