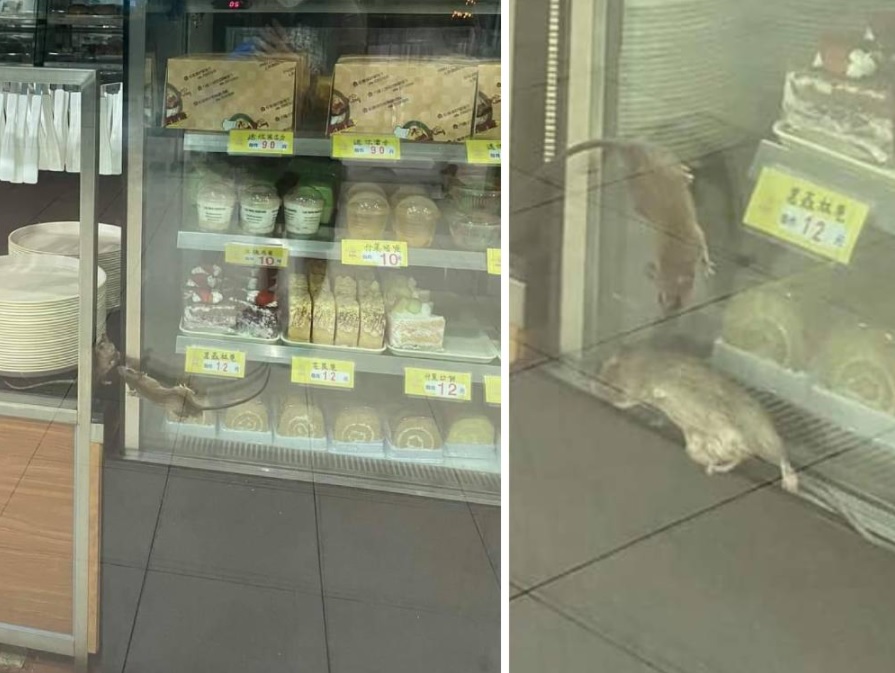 Two rats hunt for cakes in a Kwai Hing bakery

Residents expressed shock as two rats were seen running along the shelves of a Kwai Hing bakery.

A netizen uploaded three pictures onto Facebook today, saying he spotted two rats the size of a person's palm running around inside a bakery in Kwai Shing East Estate on Saturday night.

The bakery was closed and its gates were locked. The two big rats were trying their luck on a refrigerated shelf where cakes and egg rolls were stocked.

Although they could not make off with the cakes, they ran around pans where bread are placed.

Residents in the neighborhood were worried that the bakery won't disinfect the pans after they open for business, and said they don't dare buy from the shop again.

Other netizens said the rats have bloated stomachs and appeared to have eaten a lot.
#facebook
Add Comment