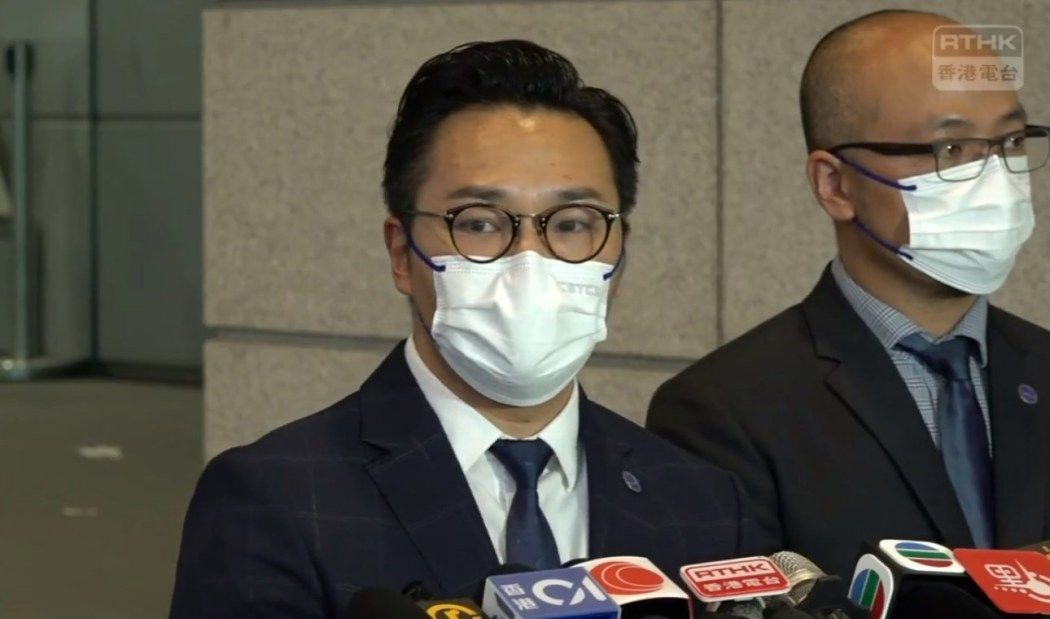 Meanwhile, last Thursday's attack in Causeway Bay is being investigated by the police's national security department.

The 20-year-old female and 26-year-old male were arrested in Sha Tin and Tin Shui Wai on Sunday.

The messages were posted last Friday, the day after a man died after stabbing himself and a police officer with a knife outside the SOGO shopping centre in Causeway Bay. The suspect later died in hospital on what was the 24th anniversary of Hong Kong’s return from British to Chinese rule.

During Sunday’s arrests, the force took two mobile phones as evidence. Superintendent Wilson Tam of the force’s Technology Crime Division said the investigation was ongoing and did not rule out future arrests: “We are looking at the seriousness of the crimes… Inciting others to kill police officers and inciting others to commit arson are extremely serious crimes,” Tam said.

He added that the number of comments made was not the main consideration behind Sunday’s arrests: “The thing we consider is the seriousness of the comments.” 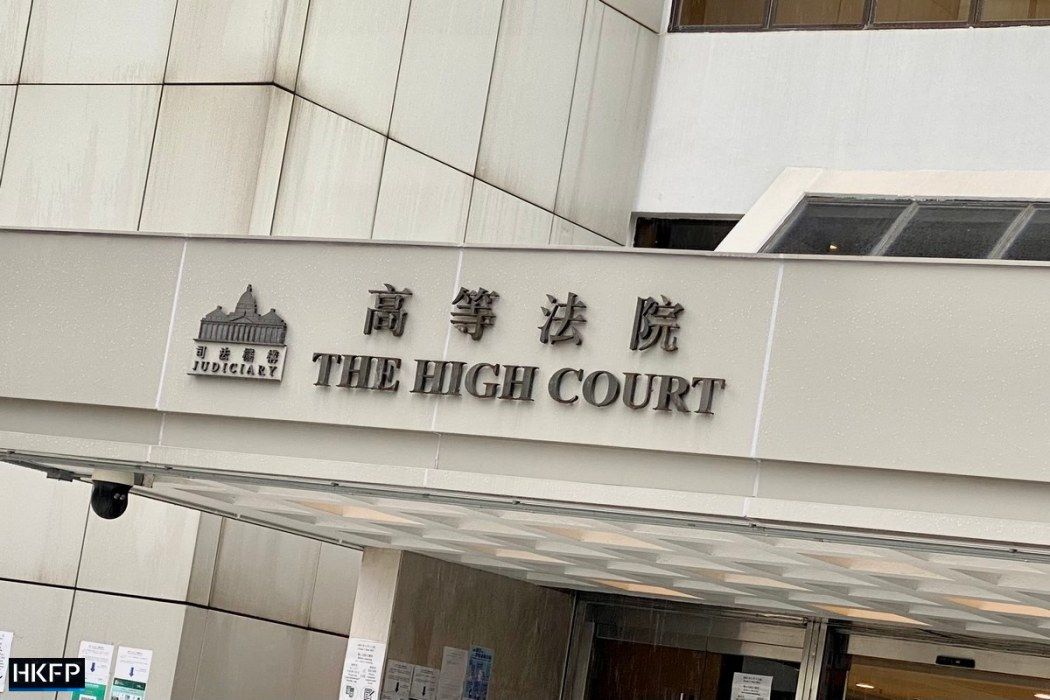 The Court of Appeal located in the High Court.

Tam said the duo may also be in violation of a temporary High Court injunction imposed in October 2019 against inciting violence on social media platforms. The injunction is still currently in force.

The superintendent declined to answer reporters’ questions as to whether the arrested duo were also in violation of the national security law: “We will pursue any criminal offences. I cannot pinpoint one ordinance at this moment.”

“Police reiterate that the cyber world of the Internet is not a virtual space beyond the law,” a police statement read.

People convicted of inciting others to violence with seditious intent are liable to up to a HK$5,000 fine and two years in prison under the Crimes Ordinance.

Last Thursday’s attack is being investigated by the police’s national security department, the force announced earlier on Sunday. They urged people with information about the incident to use its anonymous national security hotline. 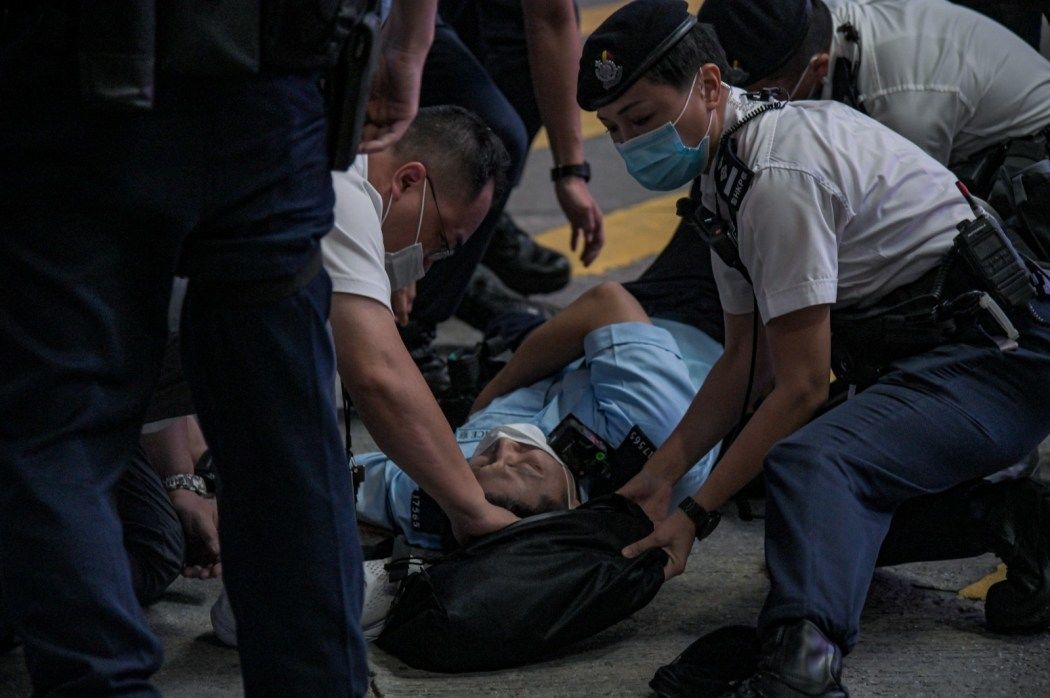 Newly-appointed police chief Raymond Siu did not rule out future arrests in relation to the attack. 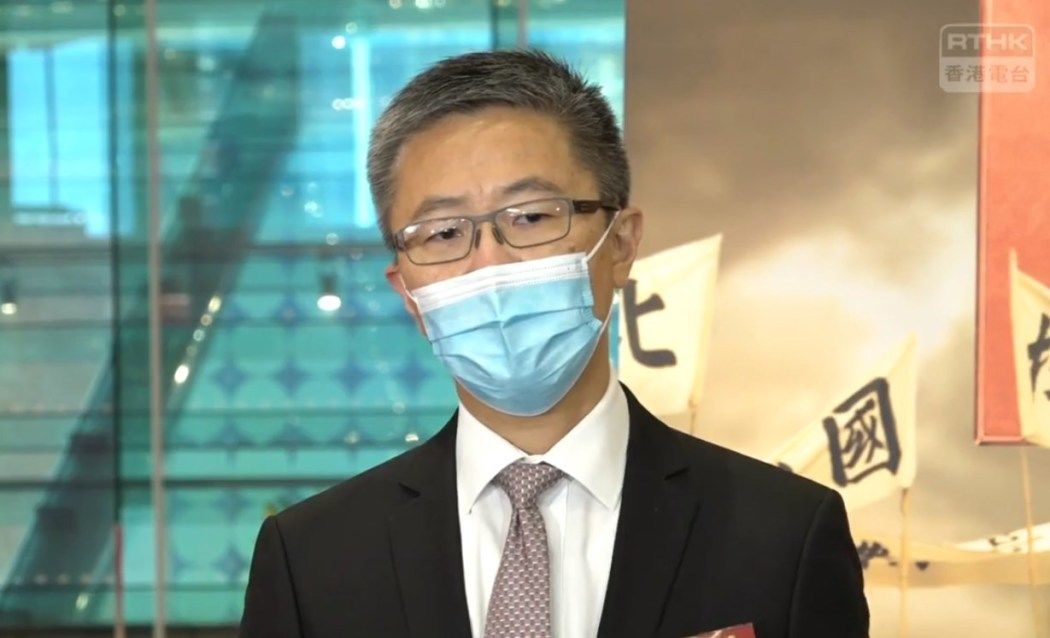 He also repeated warnings against commemorating the attacker.

“This incident will have a very deep impact on Hong Kong society and our future generation,” Siu said. “If parents bring their children to commemorate a terrorist, if these children in the future are unsatisfied with their parent’s behaviour, will they also attack their parents?”

The force has warned the public against commemorating the man, saying such acts “were no different to supporting terrorism.” Acts of terrorism are one of the four crimes punishable by up to life imprisonment under the national security law. 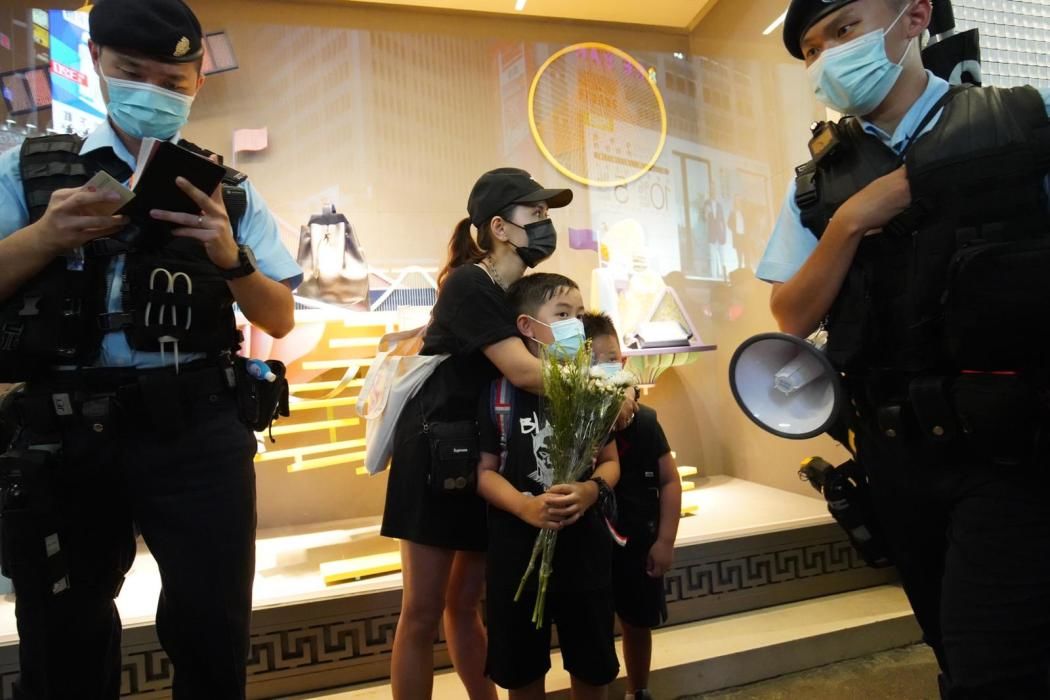 Some black-clad individuals holding white flowers attempted to commemorate the man at the site of the attack amid heavy police presence on Friday. Parents with young children were seen at the scene.