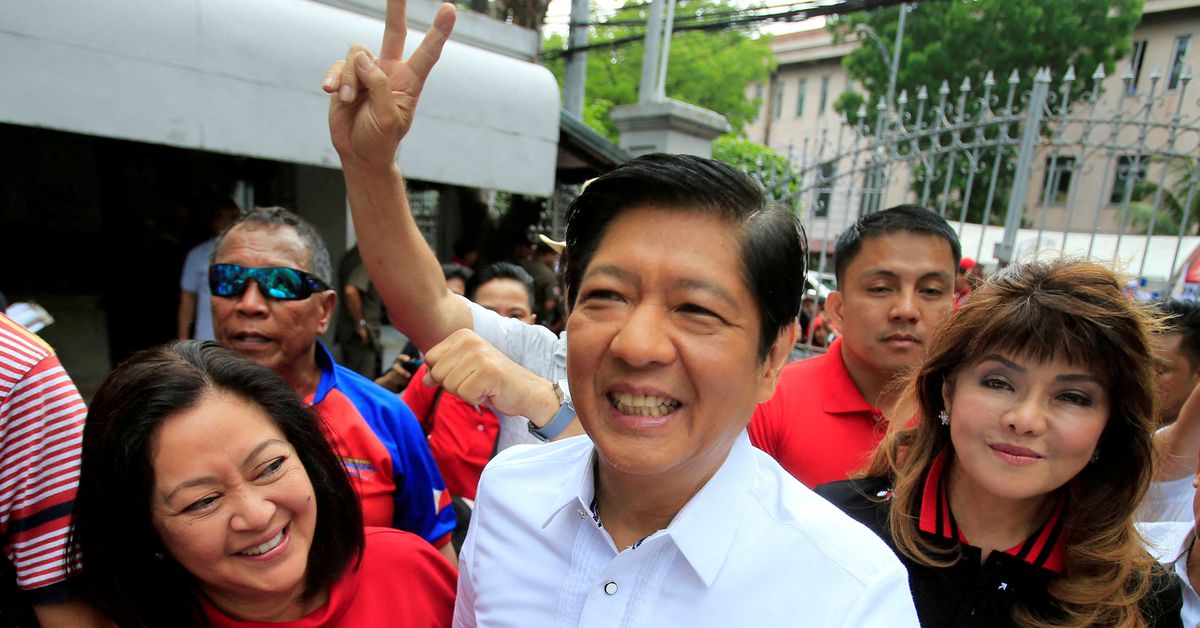 Twitter (TWTR.N) said on Friday it had suspended hundreds of accounts that were promoting Philippines presidential election candidate Ferdinand Marcos Jr, which it said had violated rules on spam and manipulation.

Veteran politician Marcos, 64, the son of the late dictator overthrown in a 1986 "people power" revolution, has emerged as the lead candidate ahead of the May vote.

Twitter said it had used both human review and technology in deciding to suspend more than 300 accounts and hashtags, adding its investigations were ongoing.

Marcos's chief of staff, Vic Rodriguez, applauded Twitter for its work but stressed there was no certainty all the accounts belonged to supporters of Marcos.

"We commend Twitter for keeping a close watch against platform manipulation, spam and other attempts to undermine the public conversation," he said in a statement.

The Marcos family remains one of the wealthiest and most influential forces in Philippine politics, serving as senators, lower house lawmakers and provincial governors in the past three decades.

Though Marcos Jr, who is better known as "Bongbong", has powerful opponents among the political establishment, he enjoys a sizable following at home and abroad from Filipinos, who are major users of social media.

That usage, according to some experts, has made political discourse in the Philippines susceptible to manipulation via social media.

Twitter on Monday said it would expand a test feature allowing users to flag misleading content to include the Philippines, Brazil and Spain.

News site Rappler this week reported that supporters of Marcos were seeking to dominate Twitter through accounts created over a short period of just a few months. Twitter noted the report and said the majority of the 300 accounts had been taken down earlier as part of routine actions.

Twitter said sharing political content or rallying people to do so via hashtags was within its rules, unless accounts were inauthentic, automated or paid for, but it saw "no clear evidence" of that.
Add Comment