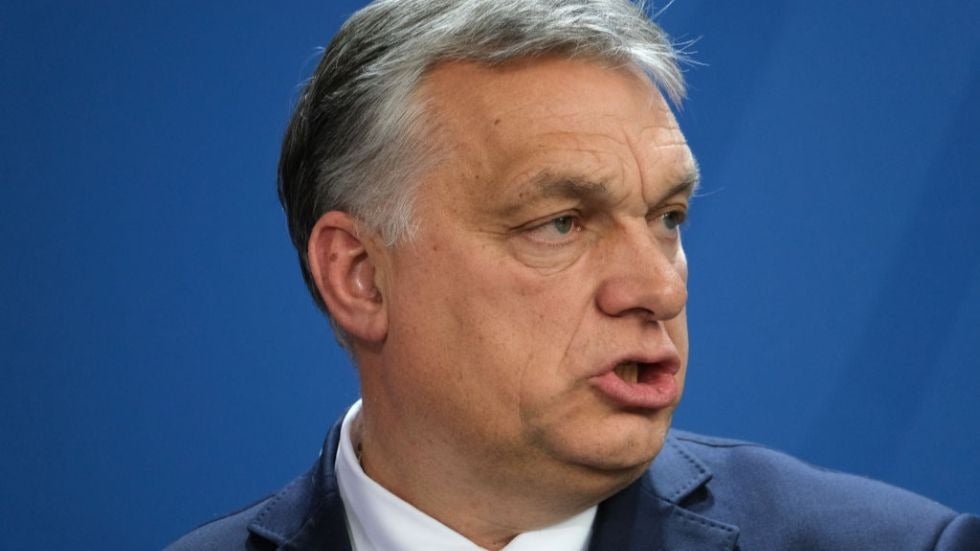 Former President Trump on Monday endorsed Hungarian Prime Minister Viktor Orbán, a right-wing leader widely criticized as an autocrat who was snubbed by the Biden administration, which did not invite him to attend a recent summit on democracy.

Trump, in a statement sent by his Save America PAC, said Orbán “truly loves his Country and wants safety for his people.”

The former GOP president also touted Orbán's hard-line immigration policies, which have drawn Hungary into conflict with the European Union.

“He has done a powerful and wonderful job in protecting Hungary, stopping illegal immigration, creating jobs, trade, and should be allowed to continue to do so in the upcoming Election. He is a strong leader and respected by all,” Trump added, before giving the prime minister his “Complete support and Endorsement for reelection.”

Orbán, who has overhauled his country's political system into what he calls an "illiberal democracy," will take on conservative politician Péter Márki-Zay as he vies for a fourth term in office. The election is set for the spring of this year.

Márki-Zay — who is currently the mayor of Hódmezővásárhely, a city in the south — won the race to become Hungary’s opposition joint candidate for prime minister. He is backed by a diverse group of six opposition parties, including socialists and the Jobbik, a former far-right group that is now center-right, according to Reuters.

The spring race will be the first time Orbán is up against a united group of opposition parties looking to drive him out of power.

Trump typically endorses GOP officials in the United States for Congress and other positions.

Trump’s endorsement comes after the Biden administration last month did not invite Hungary to its "Summit for Democracy," which focused on bolstering democracy, safeguarding against authoritarianism, combating corruption and advancing human rights. More than 100 countries were invited.

According to The Guardian, under Orbán’s rule Hungary became the first member of the European Union to be labeled “party free” by Freedom House, an NGO that studies political freedom.
Add Comment