Tributes to the Queen were respectfully observed across 30 EFL games and at Liverpool and Tottenham's Champions League matches as UK football resumed after the weekend's postponements.

All English, Welsh and Northern Irish football and senior Scottish football was called off after the UK's longest-serving monarch died aged 96 last week.

At almost all English Football League (EFL) matches the National Anthem was played. A 'period of silence' was held at EFL games as well as Liverpool and Tottenham's Champions League matches.

BBC Sport's chief football writer Phil McNulty reported that the vast majority of Liverpool supporters at a capacity Anfield observed a shorter period of silence impeccably, with one or two rogue shouts at the start of the tribute quickly shouted down before their fixture against Ajax.

A minute's silence was respected at Swansea City in the only EFL game taking place in Wales while the Championship club opted not to play the National Anthem before their home game with Sheffield United.

Liverpool said before the game against Ajax that a 'period of silence' would be held and it lasted for about 30 seconds.

Liverpool fans booed 'Abide With Me' and 'God Save the Queen' before last season's FA Cup final but manager Jurgen Klopp said on Monday he was confident they would show respect against Ajax, as they did against Manchester United last season following the death of Cristiano Ronaldo's baby boy.

Neither the Champions League anthem nor the British National Anthem will be played at any of this week's Champions League games in the UK, with Uefa having rejected requests from Chelsea, Manchester City and Rangers to play 'God Save the King' at their home games on Wednesday.

Both sets of players wore black armbands at Anfield, as did all EFL players, while flags were flown at half-mast. Some clubs also ensured they played appropriate music and suspended their regular advertisements as a mark of respect.

Elsewhere, Mansfield Town released 96 doves during the players' handshake before their League Two game at home to Carlisle United.

Classical singer Russell Watson sang the national anthem before Preston's Championship game against Burnley while at AFC Wimbledon's League Two home game with Northampton, messages recorded by local MPs were played as they joined a group of more than 50 dignitaries to lay a floral tribute in the centre circle before kick-off.

A Swansea statement read: "The EFL provided all clubs with guidance around the suggested form and order any tributes should take. While that guidance was not prescriptive, as a club we tailored our tribute in a manner that we deemed appropriate.

"We would like to place on record our sincere thanks to supporters of both clubs who impeccably observed the minute's silence, while the tributes on display up and down the country was the perfect way to remember Her late Majesty."

Swansea and fellow Welsh club Wrexham issued requests for their fans to respect the minute's silence, but there was a minority of shouting and booing before Wrexham's National League game at home to Dagenham & Redbridge, partly from fans rebuking other supporters. 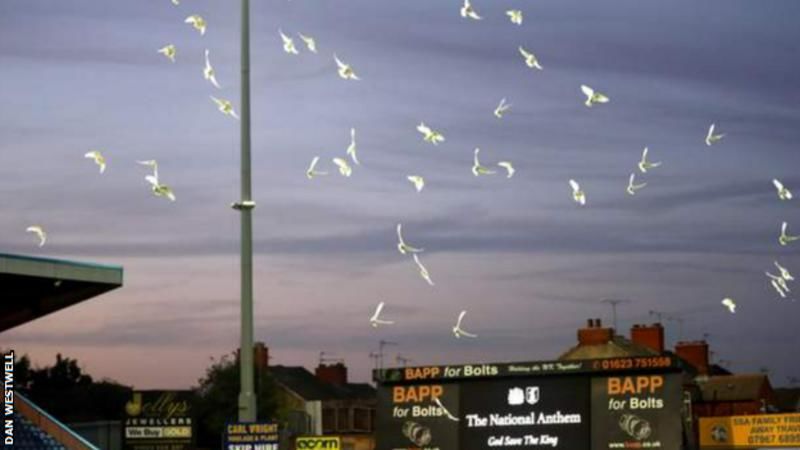 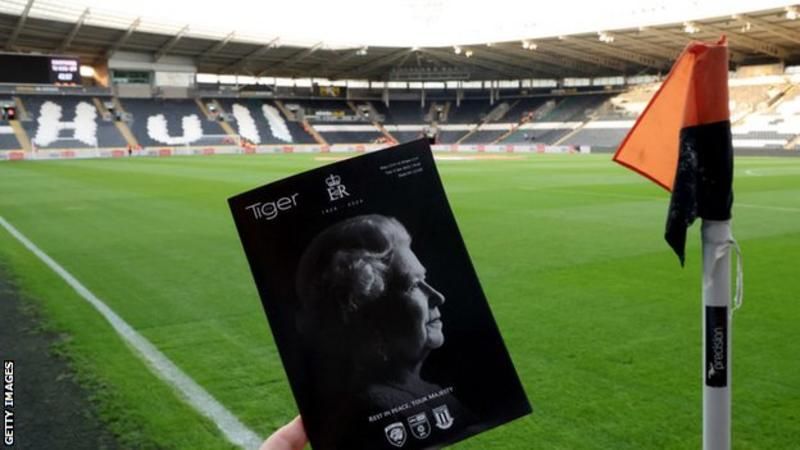 Programmes at many EFL games featured an image of Queen Elizabeth II, including Hull City's match against Stoke City 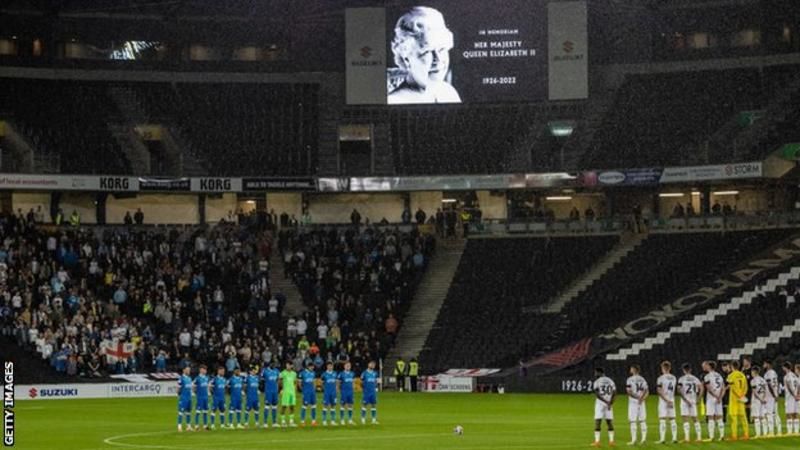 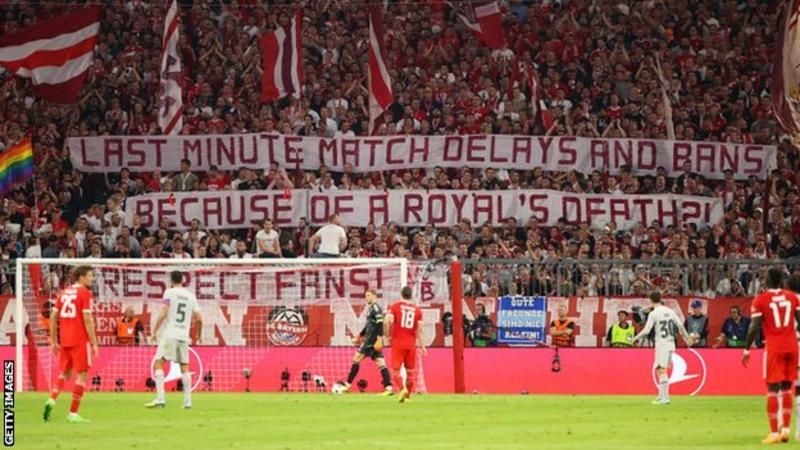 At Bayern Munich's Champions League game with Barcelona, fans displayed banners telling authorities to 'respect fans' after the postponement of the weekend's games in the UK