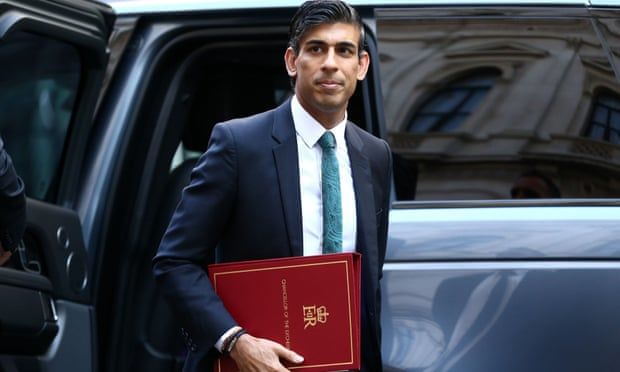 In first three years, less than one pound in six will go to social care sector, then chancellor will allocate

The chancellor will decide what proportion of the £12bn annual proceeds from the health and social care levy will go to the NHS after 2025, legislation published by the government confirms.

MPs approved the government’s plan for a 1.25-percentage-point rise in national insurance contributions in a House of Commons vote on Wednesday, but full details of how it will operate were only published on Thursday, in a new health and social care levy bill.

The leader of the House of Commons, Jacob Rees-Mogg, announced that MPs would be asked to pass the legislation in a single day, next Tuesday.

Just £5.4bn will go to the social care sector over the next three years – less than one pound in six of the revenue from the new tax.

In practice, implementing the new £86,000 lifetime cap on social care costs, and a more generous system of means testing for patients with modest assets, will mean social care starts to absorb more of the revenue from the tax from autumn 2023.

But the government has not published any modelling of how rapidly the proportion devoted to social care will rise – and the health secretary, Sajid Javid, has declined to set out any details.

Social care leaders are concerned that the NHS will continue to absorb the vast majority of the proceeds from the new tax.

Nadra Ahmed, the executive chairman of the National Care Association, which represents independent care operators, said: “This is a recovery plan for the NHS and that is very obvious. The funding pot being talked about for social care is not sufficient to even address the issues of today.”

The prime minister’s official spokesman has insisted the proportion going to social care will increase over time, saying the NHS is currently facing a short-term “bow wave” of pressure, caused by the estimated 8 million people who did not come forward for treatment during the pandemic.

But Javid has declined to say whether the backlog can be cleared in three years, and cutting NHS funding after 2025 could prove politically challenging.

The Institute for Fiscal Studies thinktank warned this week that “an ever-growing NHS budget could swallow up all of this week’s tax rise, leaving little for social care”.

The Treasury has traditionally resisted the process of legally ringfencing the proceeds of a tax, but the government believes the new tax will make the increase more acceptable to voters.

The care minister, Helen Whatley, was challenged about the issue in interviews on Thursday. She insisted extra resources were already going into the creaking social care system.

“We are directly actively supporting social care right now. But what this is about is those big reforms to social care that everyone has been calling for so long.”
Add Comment