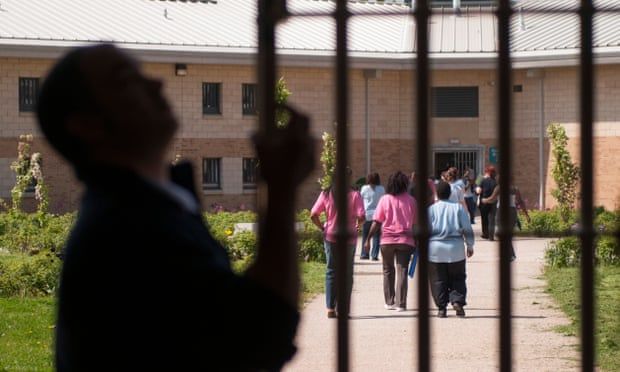 A legal challenge to prevent transgender inmates with convictions for sexual or violent offences against women being imprisoned alongside other women has been rejected by the high court.

A female former inmate, who claims she was sexually assaulted by a transgender women prisoner with a gender recognition certificate (GRC) while in HMP Bronzefield in 2017, asked judges to declare the justice secretary’s policies on the care and management of trans prisoners in England and Wales to be unlawful.

The claimant, known only as FDJ, argued her human rights were violated by having to be in the same prison as transgender women prisoners with convictions for sexual or violent offences against women.

In a judgment handed down on Friday, Lord Justice Holroyde, sitting with Mr Justice Swift, dismissed the claim. He acknowledged the “fear and anxiety” some female inmates would suffer if a transgender inmate was in the same jail, but said existing policies should mitigate this.

“The difficulty which the claimant faces, in my view, is that it is not possible to argue that the defendant should have excluded from women’s prisons all transgender women,” he wrote.

“To do so would be to ignore, impermissibly, the rights of transgender women to live in their chosen gender; and it is not the course which the claimant herself says the defendant should have taken. The submissions on behalf of the claimant attached weight to the offending history of the transgender woman concerned; but that is a factor which the care and management policy specifically requires the LCB [local transgender case board] and/or CCB [transgender complex case board] to consider.”

The court heard that in 2019 there were 163 transgender prisoners in England and Wales, 81 of whom had been convicted of one or more sexual offences. Of the 163, 34 were held in women’s prisons.

Holroyde said the statistics were too low and had insufficient detail to provide a safe basis for conclusions, adding: “I can accept, at any rate for present purposes, that the unconditional introduction of a transgender woman into the general population of a women’s prison carries a statistically greater risk of sexual assault upon non-transgender prisoners than would be the case if a non-transgender woman were introduced. But that statistical conclusion takes no account of the risk assessment which the policies require.”

The judge said the “fear and anxiety” some female inmates would suffer if a transgender inmate – “particularly one with male genitalia and/or with a history of sexual or violent offending against women” – was accommodated in the same prison would be assessed by the LCBs and CCBs, who “will surely be well aware of the vulnerabilities of the women who are held in the female prison estate”.

FDJ argued that the justice secretary should have invoked schedule 3 of the Equality Act 2010, which allows exemptions against discrimination – in this case against trans women – in relation to single-sex spaces. But the judges said schedule 3 was discretionary.
Add Comment