Rail passengers are being warned of serious disruption to mainline services following damage to overhead power lines in Hertfordshire. 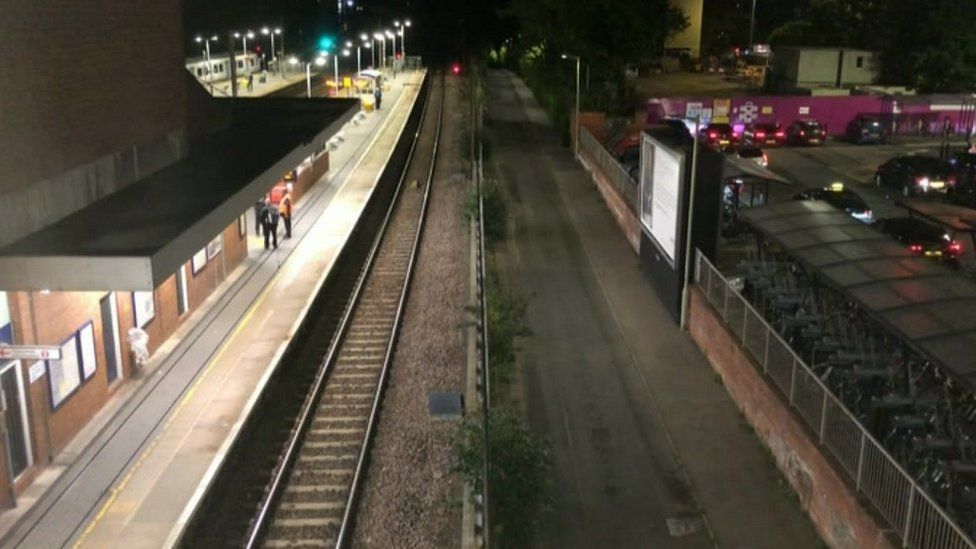 Overhead power lines have been damaged following an incident on the railway, say Network Rail

A man was seriously injured after dangling an object from a bridge in Stevenage that hit the electric cables.

National Rail said some lines have now reopened but services may still be cancelled or severely delayed.

Hertfordshire Police said closures in Broadhall Way have now been lifted and the road reopened.

Officers were called out to the bridge section of Broadhall Way which crosses over the main railway line at about 16:40 BST following concerns that a man had injured himself.

Police said he had been taken by air ambulance to hospital in Cambridge. 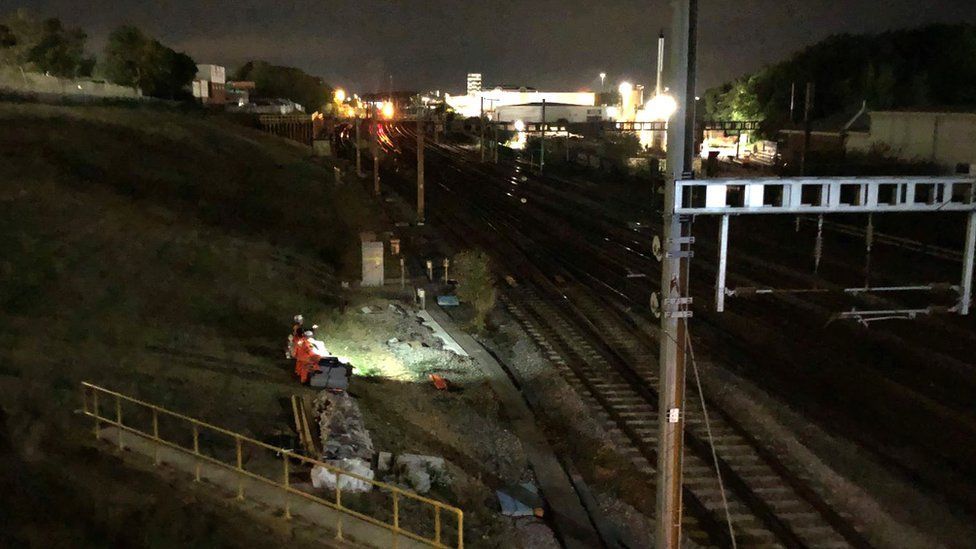 No one else was injured and there have been no arrests.

Network Rail is currently accessing the track for any damage, police said.

Stevenage railway station is on the mainline between London and Edinburgh, with services connecting to Cambridge and East Anglia at the next stop north at Hitchin.

National Rail warned travellers they faced delays until the end of the day. 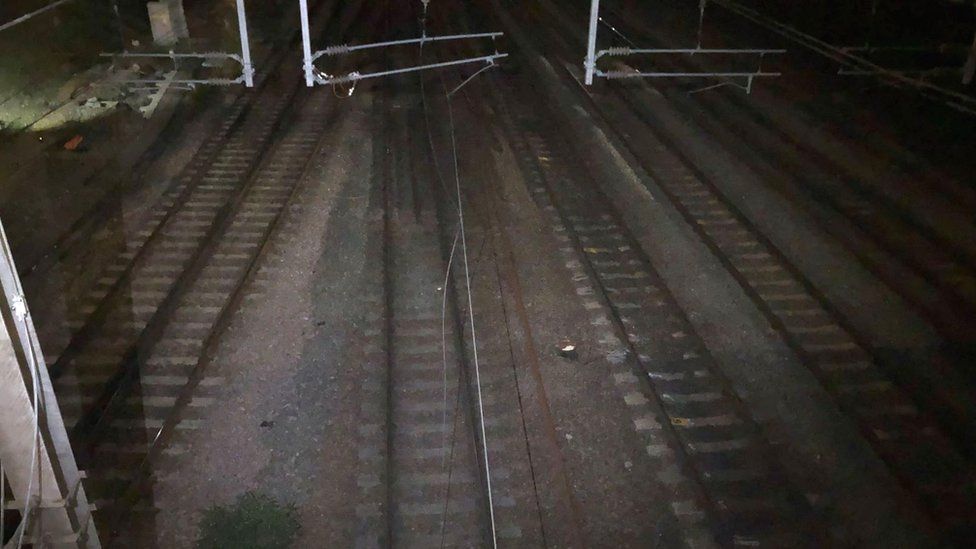 Great Northern and Thameslink said: "No services are moving currently in the Stevenage area, after overhead wires have been brought down.

"This is currently affecting all services from London King's Cross/Moorgate, and Peterborough/Cambridge.

"At this time, Great Northern/Thameslink ask that you do not travel, or seek out your own personal travel arrangements."

Passengers were advised that they could use their tickets on other services including certain bus routes.

LNER said tickets for Tuesday could be used on Wednesday.

Stevenage FC's Lamex Stadium is just off Broadhall Way but the disruption did not affect the 19:00 kick-off of their EFL Trophy match against Wycombe Wanderers.